Raspberry Pi does not reboot with powered external HDD attached

I have recently set up a Plex Media Server on a new Raspberry Pi 4 (4 Gb).

This is powered using it's own official power supply, the Pi is connected via USB to a powered USB hub which has a 1TB WD MyPassport HDD attached.

Here is the powered USB hub.

Here is the External HDD.

The issue is, when I do a sudo reboot of the Pi, the Pi does not reach the Debian Desktop.

If I unplug the HDD physically, it boots just fine and if I plug the HDD in after it's booted it runs perfectly well.

I don't think this is an issue with my fstab set up as the HDD mounts automatically and can be read from perfectly once connected, the Pi just doesn't reboot.

I have tried unmounting the HDD before reboot but no luck.

I have a feeling that the Pi is attempting to power the HDD when it boots, when the Pi reboots I only get a blank screen with a blinking cursor which also happens when powering the Pi with insufficient power. (Despite the Pi running from it's official power supply and the HDD being powered by a powered USB hub which is plugged into the mains)

Ideally, I would like it so when the Pi is being rebooted, the HDD spins down and only starts back up after the Pi has already booted from the SD card.

Please let me know if you need any more information than this.

Thanks for your help.

Edit: Just thought if there was a way to delay the USB from starting or delay the HDD being read until the Pi has fully booted that might work?

Edit2: Bit of extra information, I tried rebooting the Rpi with the powered USB hub still attached but with the HDD detached completey and the Rpi booted fine, so I think the USB hub isn't causing any issues.

I ended up solving this by soldering in diodes in the usb cable. I wanted to run a dual HDD USB RAID NAS but the boot failure (back powering issue) got me flummuxed for a bit. Didn't want to use try usb hub (party for speed reasons - hdd would be connected through two usb hub chips inc onboard one). I used the split power cables from ebay - feeding the non-USB3 plugs with 5v from separate 3A supply and soldering in diodes in the 5v line in the cable. Be sure to make good the sheilding after. Now works great. 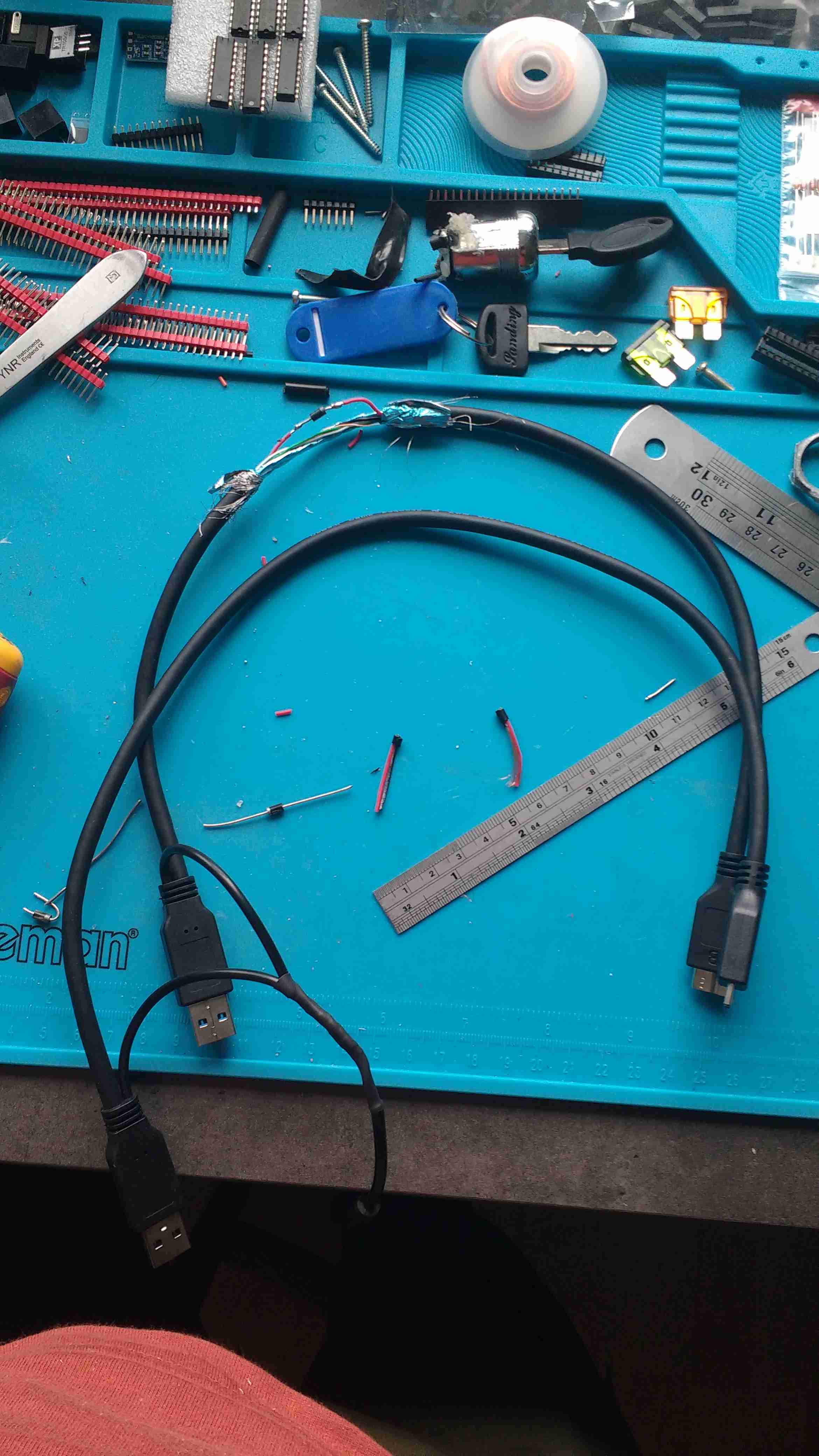 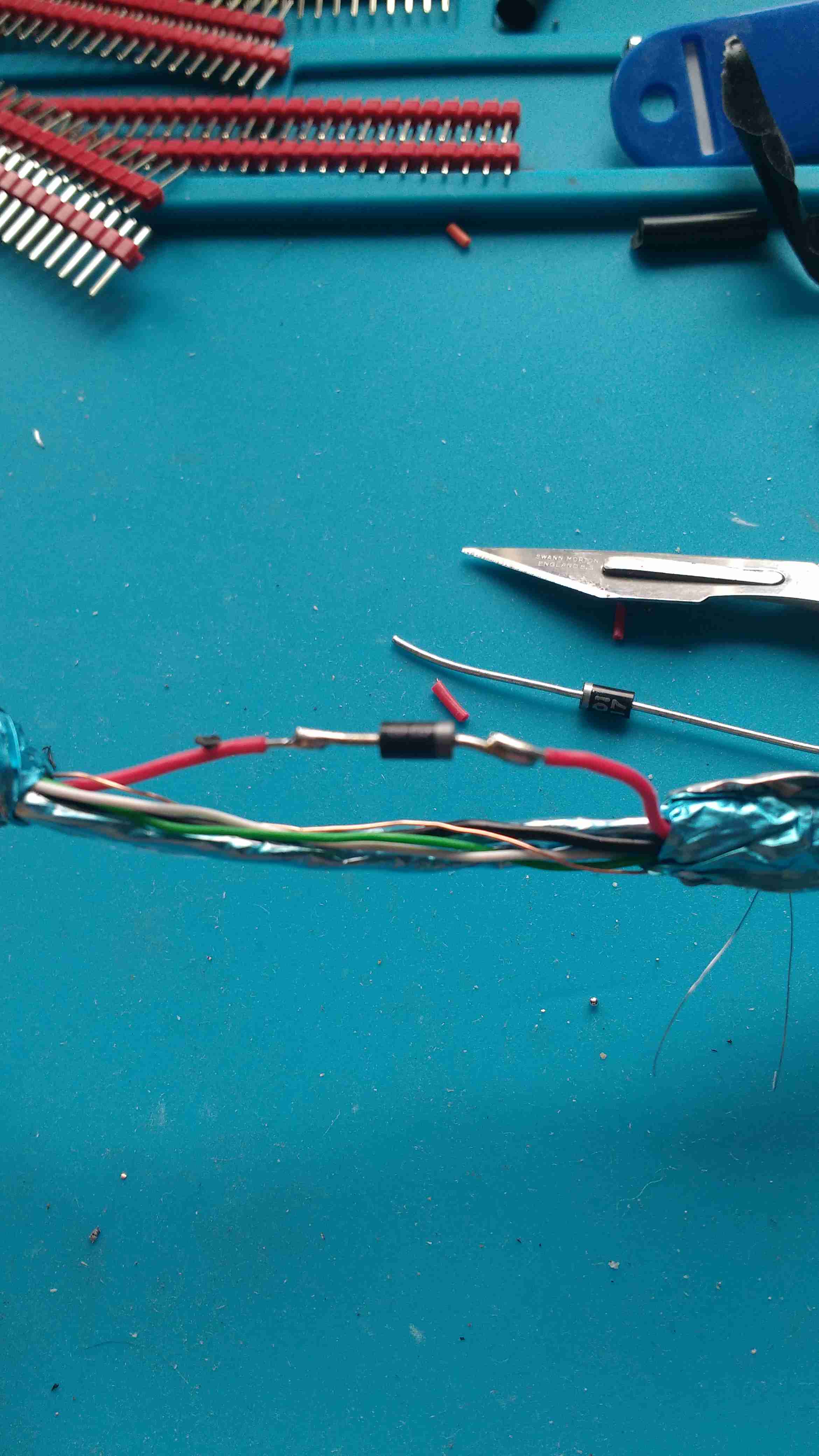 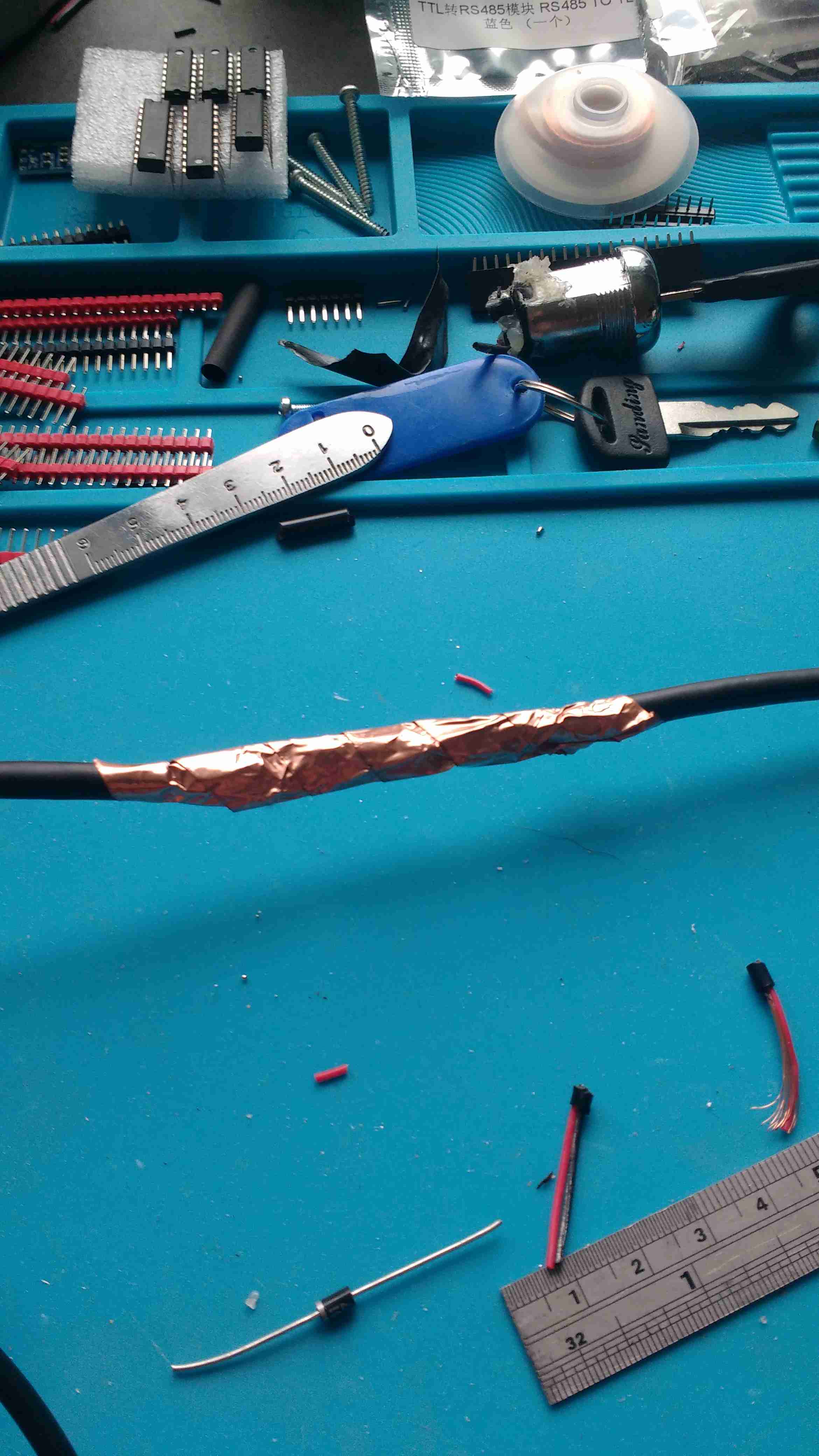 Same problem here. A Pi4 will not reboot if a powered USB 3.0 hub with HDD is connected.

I have opened up a cheap Chinese USB 3.0 hub, and de-soldered the red 5V power cable to the computer, so, this one will always need external power to work, and it does. But the Pi4 will not reboot while it is connected. This indicates that the problem is not back powering from the HUB to the PI.

I have, however, found two hubs that work fine. The Pi4 will reboot with one of these connected and powered externally. They are both from a Chinese company called Ugreen. One is a USB 3.0 hub with gigabit Ethernet added, "Ugreen Model: 20265". Everything works with this one attached, including Ethernet. The other one working is "Ugreen Model: 20291" I also bought another USB 3.0 hub marketed under the label Ugreen, but this does not work, and there is no model number sticker on it, only the letters "UGREEN" embossed on top of it.

Many other USB 3.0 hubs I own work OK, but the Pi4 will not reboot when connected to one of them with external power and a HDD. If they are unplugged, the Pi will reboot, and then the hub can be reconnected and all works fine.

Not the answer you're looking for? Browse other questions tagged boot power hard-drive pi-4 reboot or ask your own question.