Can Pi 3b+ be killed by wire under ethernet port

Can raspberry pi be killed by cable under ethernet port? I had moved pi on desk and placed it over a cable in area shown on picture (cable has only 5mm exposed wire), after that pi freezed and din´t boot again (red diode flash but not green one), i think a bus would be killed if shortcut ocured in this area? sorry for poor english 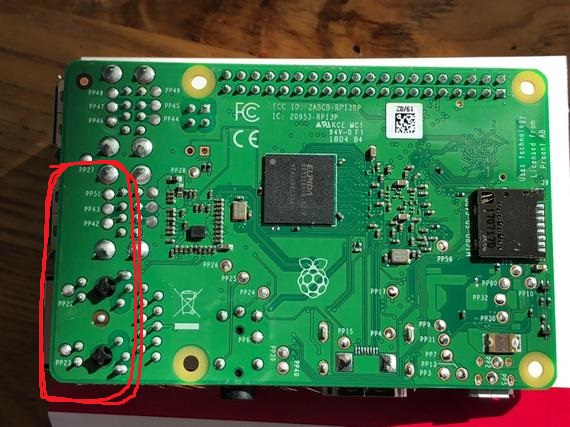 Short answer is yes it could. Those pin leads sticking through the PC board are very sharp and will puncture through insulation. As long as the wires were connected to anything it could cause damage, including zero volts (ground). Without knowing exactly which pins touched, and tracing all paths (including ground paths) you'll never know for sure. 3.3v logic is a pretty wimpy.

For example, most modern AC adapter are isolated from earth ground, and in fact have voltage between the "-" side and earth ground (I've measured between 4 volts and 42 volts on various adapters. It's due the the voltage regulation circuit). It's usually a very low current, but enough to zap a Pi.

This topic could be debated forever because there are so many variables that can't be answered.

Not the answer you're looking for? Browse other questions tagged pi-3b+ troubleshooting or ask your own question.

2
Port forwarding on a tethered RPi
7
Slow Boot: Ethernet Wait
0
Trouble shooting on RPI 3 under Raspbian Jessie (set by NOOBS)
1
RPi 3 B+ under voltage with Retropie
1
When under load, the system is unresponsive except for a ping
2
1-wire device not detected
1
Ethernet not found while ethernet cable is pluggedd in