Is my Pi Zero W overclocking? Why does it disconnect? 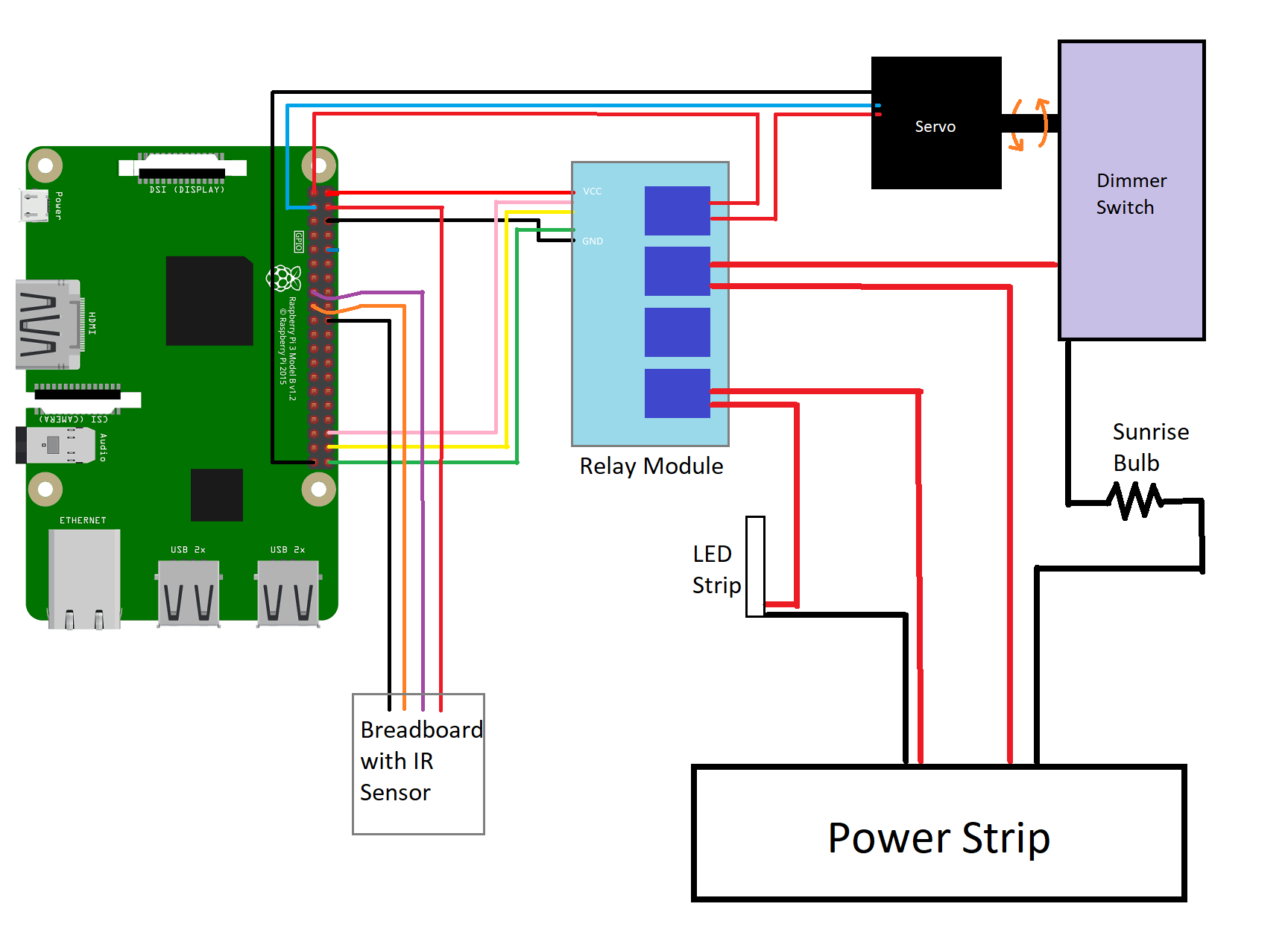 I've got a Raspberry Pi Zero W which is connected to a 4 relay module, servo motor, and IR sensor. It has two functions: first, it operates continuously, watching the IR sensor and, when tripped, it flicks one of the relays which turns on an LED strip behind my bed. At 6:40 in the morning, it begins executing a different program which flicks two more relays and operates the servo motor which, connected to a dimmer switch, operates a sunrise alarm. The python script for the sunrise alarm can be found here: https://github.com/Ryan-M-Clare/RaspberryPi/blob/master/simple_sunrise.py

The problem is, when the sunrise alarm is activated, it will operate for a little while -- maybe a minute or two -- before it shuts off. When it shuts off, if I'm connected via ssh, the connection will terminate. If it's running on a hidden screen, the screen will terminate. Is this a symptom of working the Pi too hard? It doesn't seem like a particularly demanding script.

It seemed to work just fine when I was testing this code on my Pi 3 B. Is the only way to fix this to swap out the Zero for a 3?

I would suspect "ground bounce" on the gpio connections inducing a reset. The Pi3b is a more robust design (to handle the increased surge current from the larger processor and USB ports), so try adding larger bypass caps between 3.3 V and ground on the Pi Zero W and peripherals, and adding current limiting resistors (say 100 Ohms?) to the GPIO lines near the Pi zero W.

Not the answer you're looking for? Browse other questions tagged pi-zero pi-zero-w crash or ask your own question.

2
Overclocking capabilities of pizero
0
pi zero w does not respond
0
Bluetooth disconnect
1
Pi Zero W freezes/crashes/hangs from day 1
1
Can the DS18B20 be parasite powered without external pullup?
0
How to make more efficient reading of GPIO