Why I can't get Ruby2D running on Raspberry Pi 3 model B?

I have made quite a lot of games in Ruby2D. I can play them on my PC, laptop. Ruby2D is a lot of fun and works very fast!

But for some strange reason I can't get Ruby2D window working on a Raspberry Pi 3 model B.

The OS I use is Arch Linux ARM on the Pi, where shapes and images are monochrome, that is, either fully white or fully black.

Surprisingly enough, on Ubuntu Mate (tried about 6 months ago), the window is full screen even though I didn't set fullscreen: parameter to true, and mouse keyboard was not working.

Here's how it looks on the Rapsberry Pi running Arch Linux ARM: 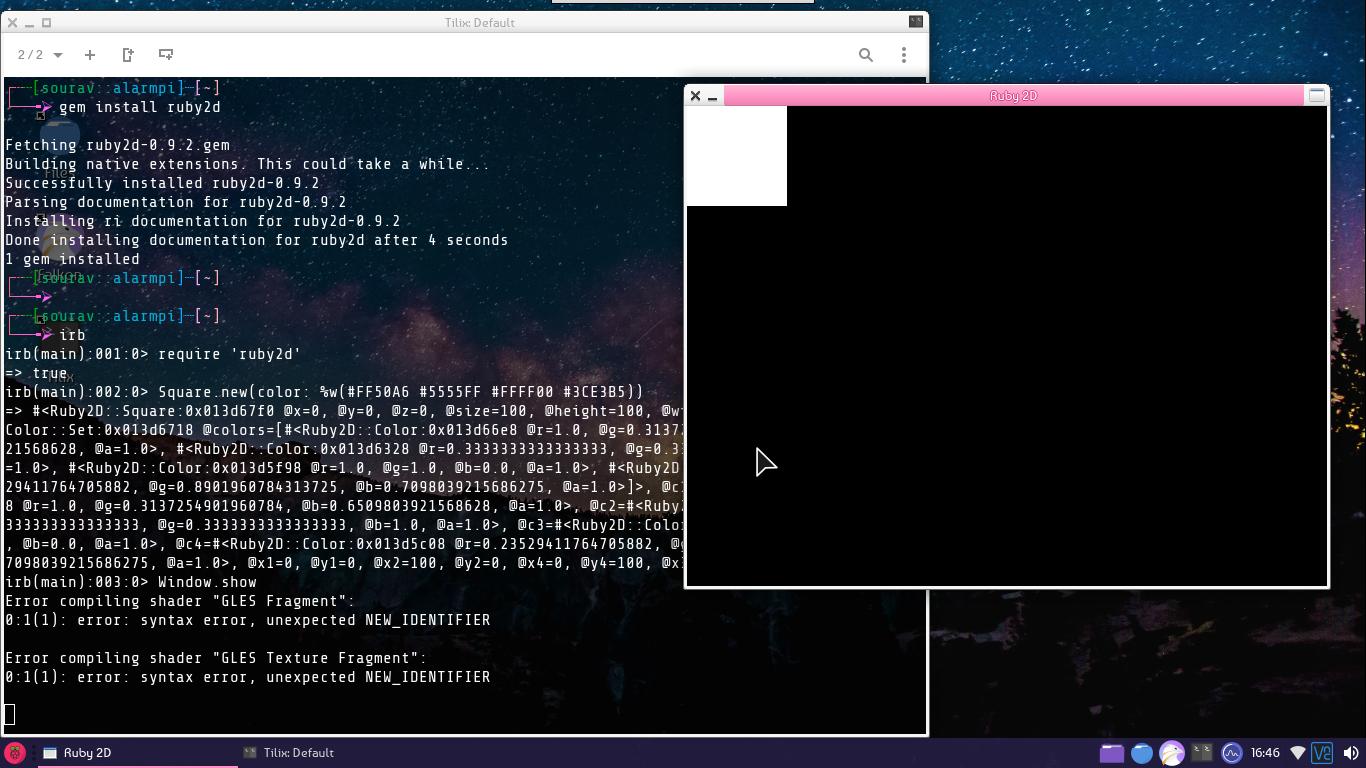 In reality it should have all the four colours.

On my laptop running Arch Linux x86_64 the same code produces this window:

Here's how it looks on Arch Linux ARM: 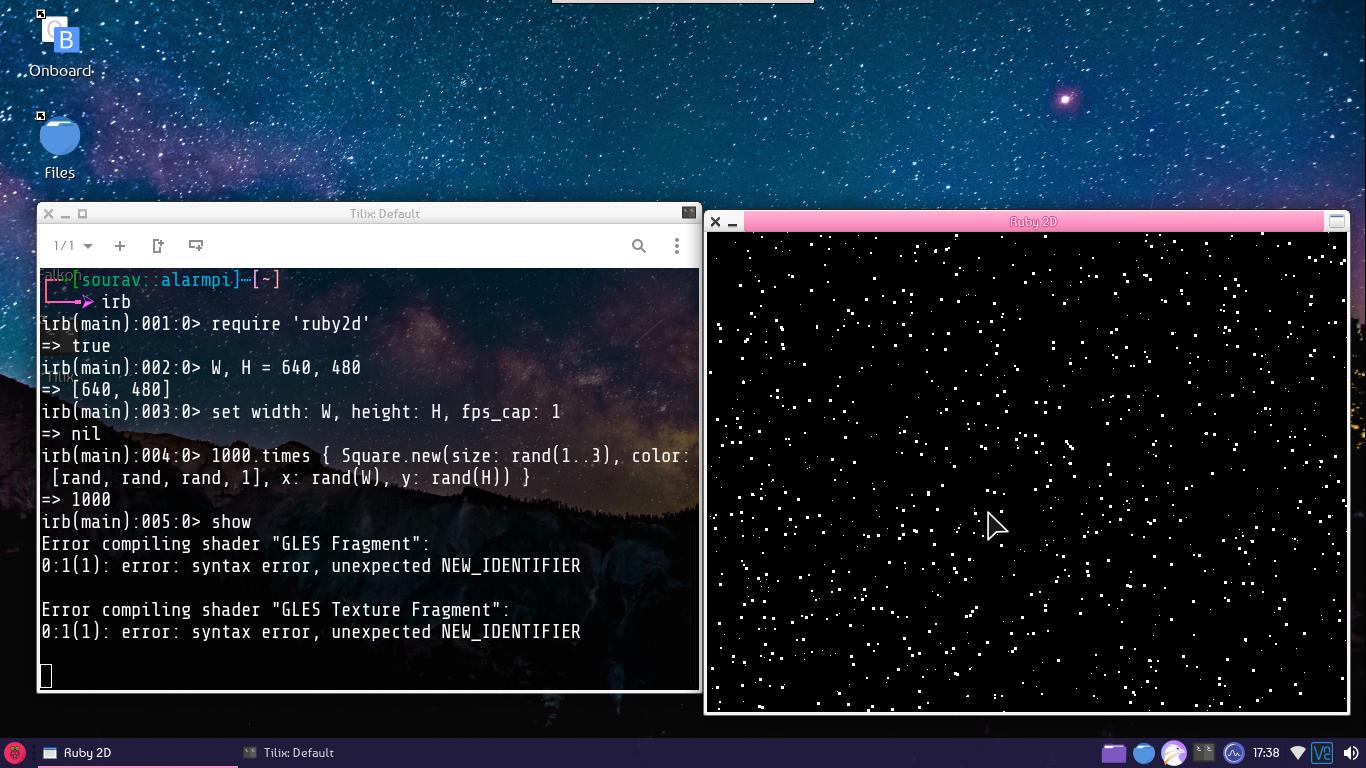 Here's how it looks on my laptop:

If you use Image.new(...), it will show a white flat square on the window!

Displaying an Image with Image.new 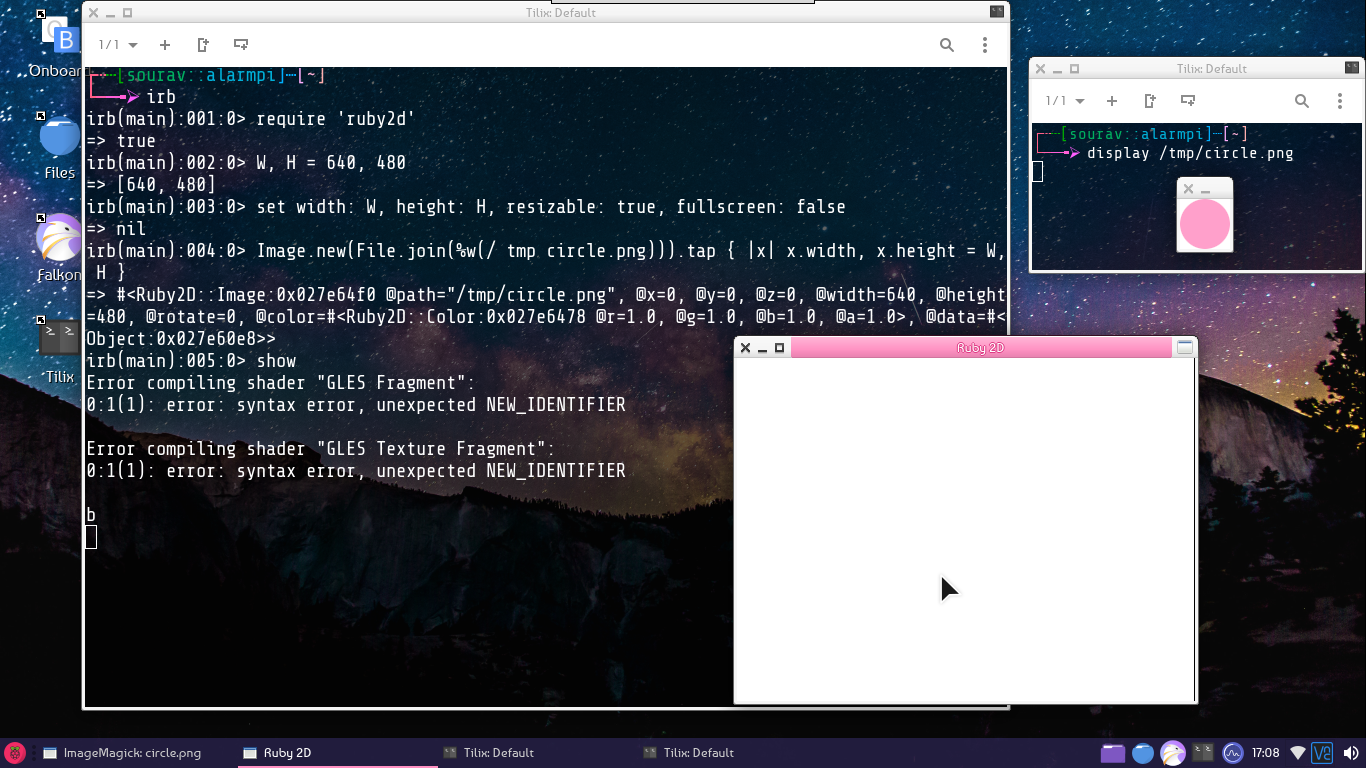 Browse other questions tagged games ruby sdl or ask your own question.

5
Why won't SDL 2.0 give me an OpenGL ES 2.0 window?
0
cannot get ruby-opencv to build correctly on Raspberry
3
Need help running games on a pi