I have torn apart a toy prank electric buzzer that delivers a shock when you press the button. I would like to find a way to send a signal from a GPIO pin to act as the button press. I would then like to encorporate 4 total GPIO pins in this manner that represent players in a game.

The players would each be holding tin foil and I'd like to randomly shock 1 of the players, using just the one electric buzzer circuit, and the GPIO pin representing that player would send a signal and send the shock to just that person.

I am unsure how to wire up a circuit in this manner, so that depending on what GPIO pin sends a signal, just the 1 correct person gets the shock.

I am using the 4V battery source the buzzer originally used (although open to suggestions about using the pi power rails, that won't kill me!)

Here is a lame circuit I made as a starting point. It shows the switch, but I'd like to use the GPIO pins to bypass that.

And here is the circuit so far taken from the buzzer (there was a small circuit board with it that I think had a resistor in it, I'm concerned that not using that I am putting way too much current through the 2 shock wires!) 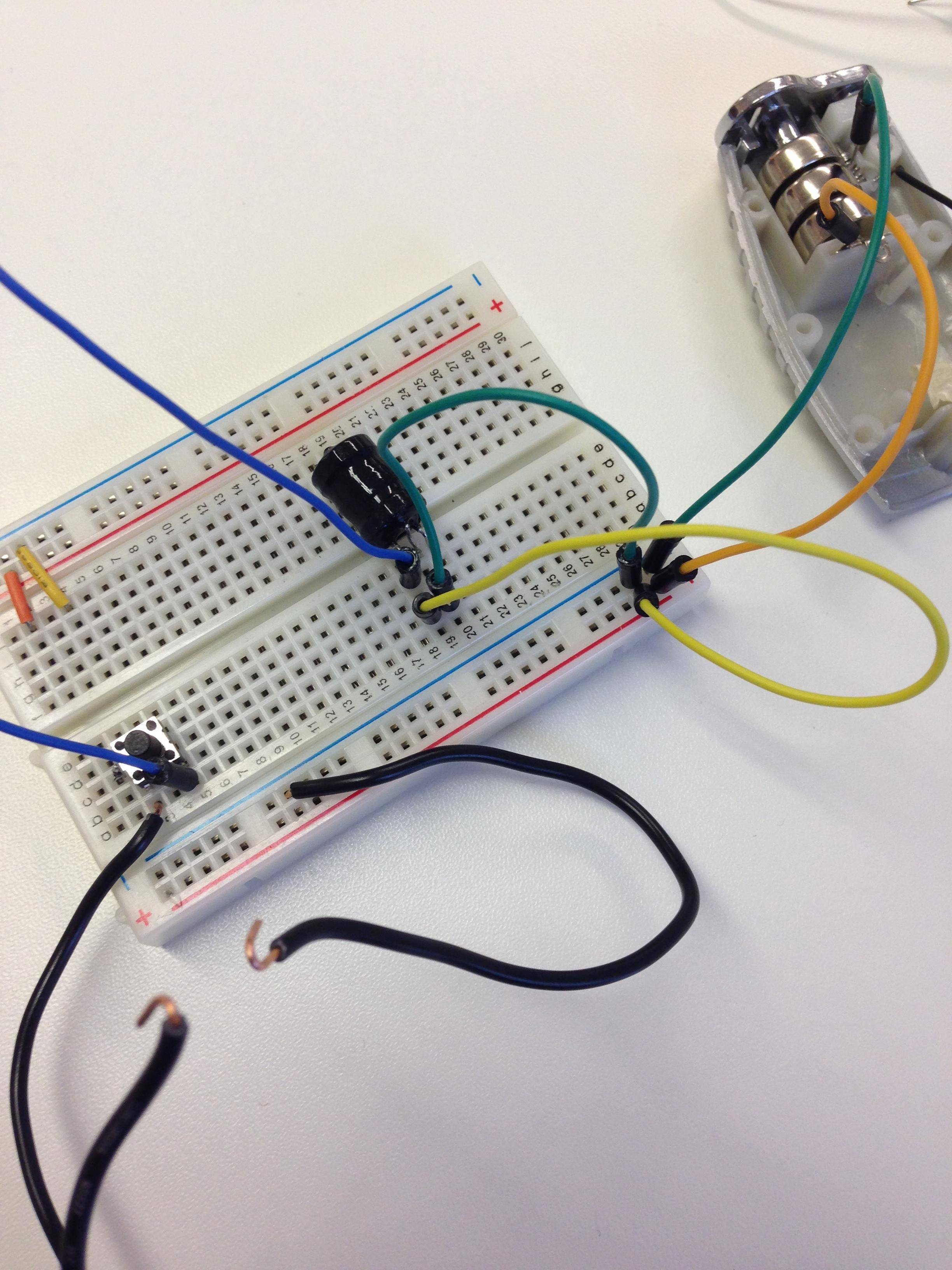 Use a PNP transistor...

Just check the datasheet to make sure it can handle the voltages switched.

Not the answer you're looking for? Browse other questions tagged gpio breadboard or ask your own question.

3
Multiple Callbacks from GPIO interrupt
6
How to resolve a short circuit?
2
Different voltages across circuit when 3v3 to ground than when 3v3 to GPIO in
0
Simulating button press
0
Are there any buzzers that work natively with 1 Model As?
1
GPIO Buzzer. Not sure how to do this
0
Use a single GPIO pin to activate both LED and buzzer
0
Pi Zero Button pressed detected incorrectly
0
Controlling a led button and receiving input from that button
1
Channeling a single circuit into 6 possible circuits based on gpio pin signal