Pi locking up trying to use rising/falling edge detection

I have a B+ v1.2, with a motor controller and 2 quadrature encoders setup. It's running Arch: 4.19.69-2-ARCH armv6l. It's completely locking up, requiring a plug-pull when either of the encoders trigger.

I am using 2 of these encoders. They are 3 wire hall effect sensors. The outputs are connected to Pin 3 and Pin 5 (BCM 2 and BCM 3), the i2c pins, but I have not enabled i2c in my boot.config, and also have the i2c kernel modules blacklisted.

Here is how they are connected (I used whatever 3-wire hall sensor I could find in Fritzing): 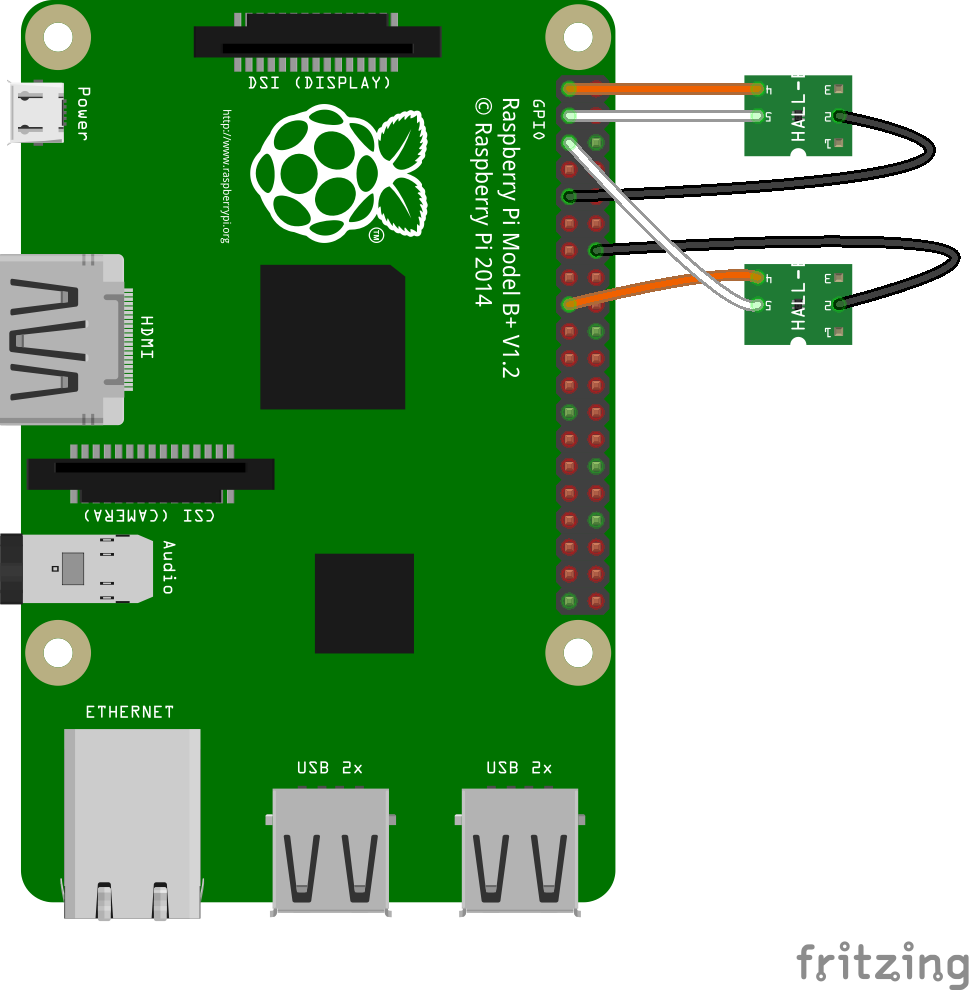 Here is the relevant code, using the bcm2835 C library:

I've narrowed the issue down to after I setup the pins with either bcm2835_gpio_aren or bcm2835_gpio_afen and then the corresponding encoders trigger.

This causes all onboard LEDs to freeze in their last state (including LEDs on a USB WiFi dongle). All SSH sessions are immediately hung, the cursor on the console freezes -- basically the entire kernel freezes, as far as I can tell. It does not reboot; I have to unplug it.

This used to work, not perfectly since I don't think there are enough poles on the encoders, but it worked without crashing my Pi. However, the Pi has sat for a couple years while the project went on the back burner. I upgraded Arch Arm and ran the code as it was 2 years ago. I've also tried recompiling with the latest libs and gcc updates.

Previously the kernel would automatically disable interrupts when you set one of rising/falling edge detection methods but that apparently stopped happening, causing a kernel panic.

Not the answer you're looking for? Browse other questions tagged gpio i2c sensor c pi-b+ or ask your own question.

1
MPU-6050 is not being detected by Raspberry Pi
1
BCM2835 Event Detection
0
Pyfirmata reading sensor connected to Arduino through I2C
13
Raspberry as an I2C SLAVE
1
Fail to detect SPS30 sensor on Pi 3B I2C
2
How to connect multiple sensors to an rpi with the I2C?