I have a Raspberry Pi Project in mind but I'm completely new to this matter and have literally no idea.

My plan is to create a transportable Weather Station (which includes a temperature sensor, air pressure Sensor, air pollution sensor and a solar UV-Rating sensor), that has additional features such as a compass, heart rating sensor, real time clock and gps. All this as should be displayed on a 7 inch Touchscreen.

First, if by "transportable" you mean you can put it in a car and take it somewhere, great, but if you mean portable like a phone, you are unlikely to get everything you want with it.

I would like to know how to manage the pinout of the Raspberry, since multiple sensors with their respective jumper cables are needed. Are there enough pinouts or can I add more?

Most of the sensors you mention probably come in I2C or SPI based packages; the latter may be a bit more limited in terms of how many devices can be connected at once, but you should be able to get a least a couple. With I2C it is a bit more open. Further more, you can chain I2C expanders on the bus.

I am not sure if that is possible with SPI, but it is worth mentioning that most of the inputs you refer to are fairly simple -- they involve a few numbers and do not require a lot of speed. With that in mind, you can connect an Arduino nano to handle some of the sensors (there may be some that are better suited to it because of voltage than the pi and vice versa, the pi being 3.3V and the Arduino 5V). You can then communicate with the Arduino via UART (or SPI, I2C, and USB).1

UART is realy the most limiting in terms of number of connections; it is really a 1:1 interface. You should be able to configure several UART ports on the Pi 4 but this will restrict other connections.

Some sensors are also analog and would require an ADC (analog-digital converter), or the aforementioned Arduino, which has analog inputs (whereas the Pi does not). Other sensors are simple enough to require only a single digital input.

So, it is not impossible, but it will not be that easy either. I suggest you start with a core grouping -- not more than 3 or 4 things -- and get that working before you bother considering anything else, because you will learn from the experience and any time spend now in overly grandiose schemes will just be wasted.

Furthermore, each of the above listed features need breadboards. Can I connect everything to a single breadboard or do I actually need one for every Sensor/Feature.

Actually many of them won't require a breadboard as the sensor come on breakouts that can be attached directly to the pi (if they are okay with 3.3V logic, otherwise you need a level shifter <- the context there is that peripherals sold for Arduinos are generally 5V).

However, you may use as many as you wish. A good idea while developing something like this is to get a ribbon cable and expansion board built to export the pi's 40 pin breakout onto a breadboard. 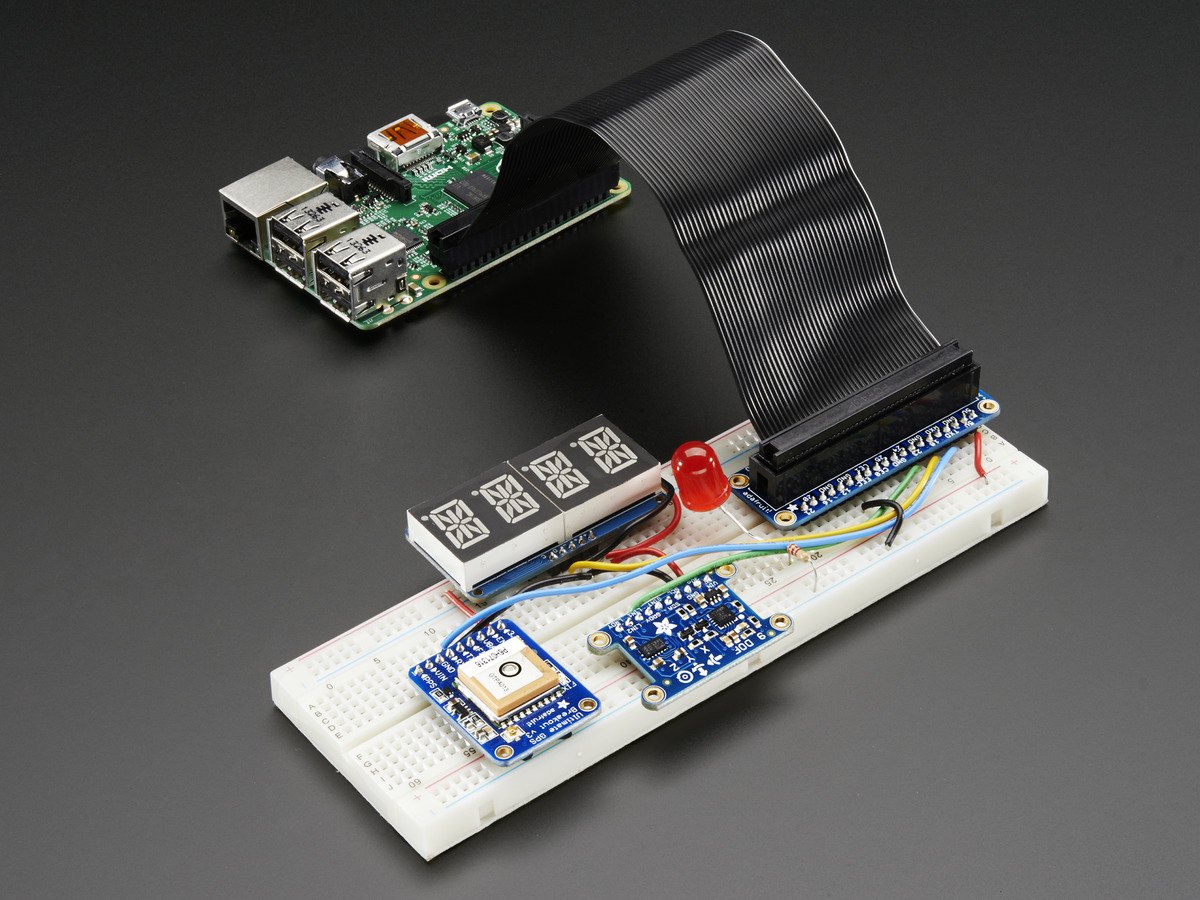 An important issue is that number of sensors and such you mention probably cannot be powered directly from the Pi, but you can power some of them and the pi from the same 5V source.

Is this idea too complex for a 6 month project?

Almost certainly, yes. If you employ yourself full time and you already have sufficient coding skills, then maybe the story is different. OTOH, there is a lot of ready-made code and such around, if you are clever with that it may save quite a bit.

But again, start with a few things and this should give you a better of what you are getting yourself into.

Not the answer you're looking for? Browse other questions tagged pi-3 sensor pi-4 breadboard or ask your own question.