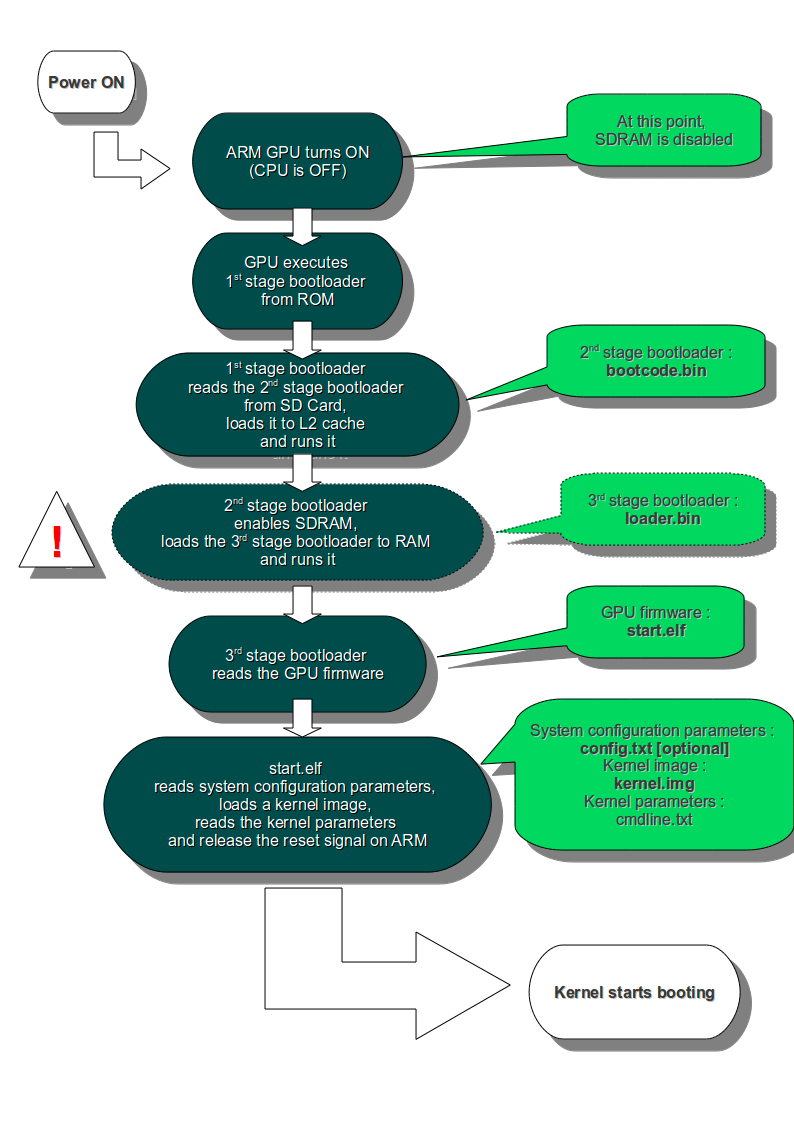 29
What happens during the boot process?
13
btrfs root filesystem on raspbian
13
Raspbian boot process and the partition table
12
Why is grub incompatible with the raspberry pi?... Answer - It's not
2
Why does Raspberry PI use GPU for loading bootloaders and configuration
2
Raspberry Pi 4 take 4-5 seconds to load GPU firmware and start to loading the kernel, is it normal?
2
Why are the /boot partition from Raspberry Pi and a EFI system partition (ESP) both formatted as a FAT32 partition?
1
First and Last things it does
1
Raspberry Pi 3 Model B won't boot but SD Card and board are fine
-2
Run a RaspbianOS system for rpi4 on rpi3b?
See more linked questions

5
Bare Metal Assembly/C(++) Programming
3
Baking Pi Lesson 02 does not work on B+
1
Access Point service is not starting on boot with systemd
2
Earliest place in boot for output to I2C LCD (not HDMI)
1
Dual or Triple Boot Possible?
2
Raspberry Pi 2 boot sequence
2
Delay booting devices or booting the kernel