I tried creating a Raspberry Pi VM using the official Raspberry Pi for Desktop iso located at https://www.raspberrypi.org/downloads/raspberry-pi-desktop/, but every time I run the install, I get this message in the VM "An installation step failed. You can try to run the failing item again from the menu, or skip it and choose something else. The failing step is: Install the system." I don't know what I am doing wrong.

I am using Virtual Box and am running Debian 64-bit.

This semi-worked for me:

I arrived back at the first "install" screen after receiving the red error message of death stating the "failing step is: install the system."

At this screen, I selected the VirtualBox's File > Close > "Send the shutdown signal" 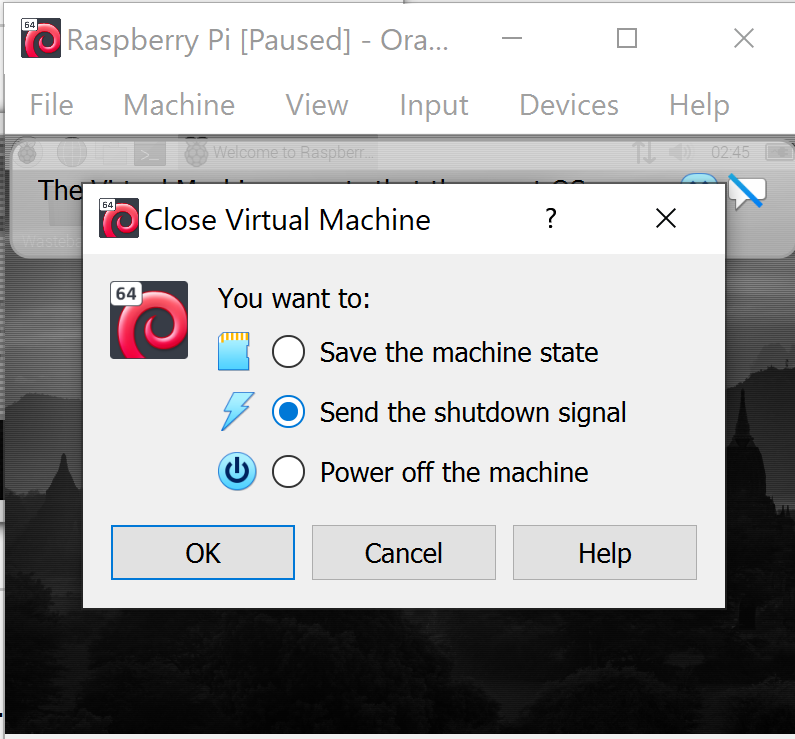 This somehow took me to the Raspberry Pi setup screen where you initialize your preferences such as languages.

This doesn't seem like a permanent solution, for after a restart the state doesn't appear to be persisted... but it at least gets you into the OS.

Good luck, I hope this helps someone.

From the install screen, it looks like selecting "Run with persistence" instead of "install" also seems to semi-work. 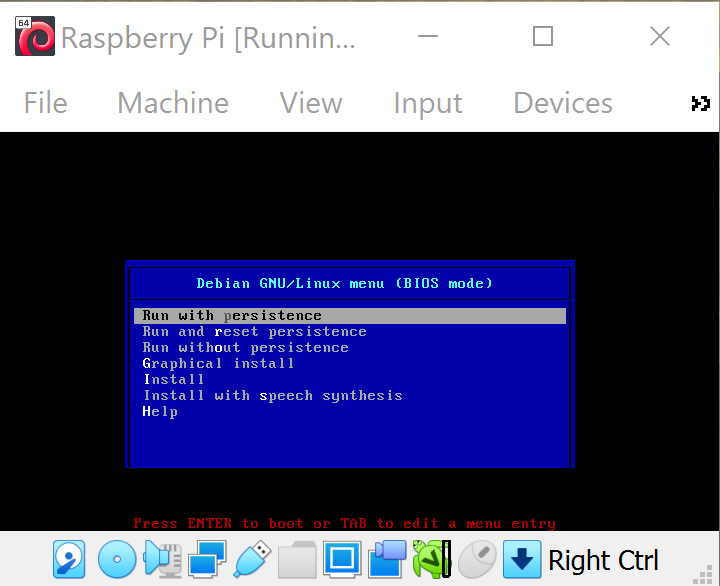 Overcome this problem by initially configuring the virtual machine with 2000MB memory and 15GB disk. Raspberry installation, do it with "Graphical Install" I did this because when I was installing the updates, I got a message saying not having enough space for updates.

I just create the pi desktop image on VirtualBox 6.1.16 64bit using the 32 bit pi image from your link.

Chose the Install option and it went through without a hitch. Rebooted and now I have a full Rasbian desktop in a vm. So these settings should work for you too.

The Solution simply is:

Oracle: "Please also use version 5.2 if you still need support for 32-bit hosts, as this has been discontinued in 6.0."

1
Why will Pidora not run on my Raspberry Pi 2
1
Raspbian download on Windows
0
MySQL apt-get install not installing
6
Install base Raspbian from repository, not using an image
1
Install KDE Connect on Raspberry Pi 3
0
Libasound2 install problem
1
Will Docker install on Raspbian OS 64bit