I am trying to run blender 2.8 headless on raspberry pi 3b+ running raspbian. I have downloaded the Linux version from the blender website. But whenever I open the executable called “blender” in terminal, a window appears for a split second and the disappears. Also, after executing, a new empty text file appears in the folder with a crazy name (shown below). I am wondering what I am doing wrong and if it is possible. 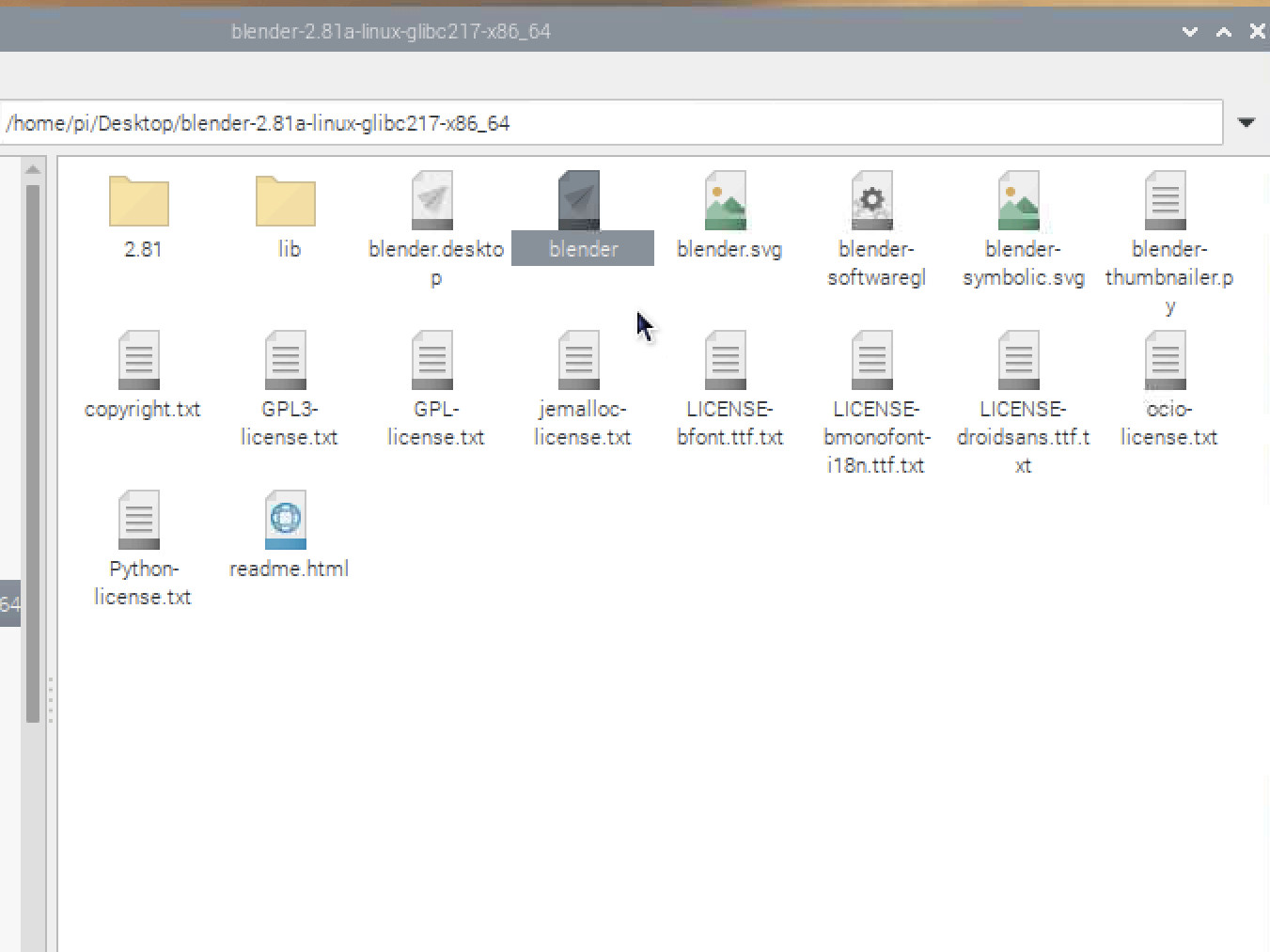 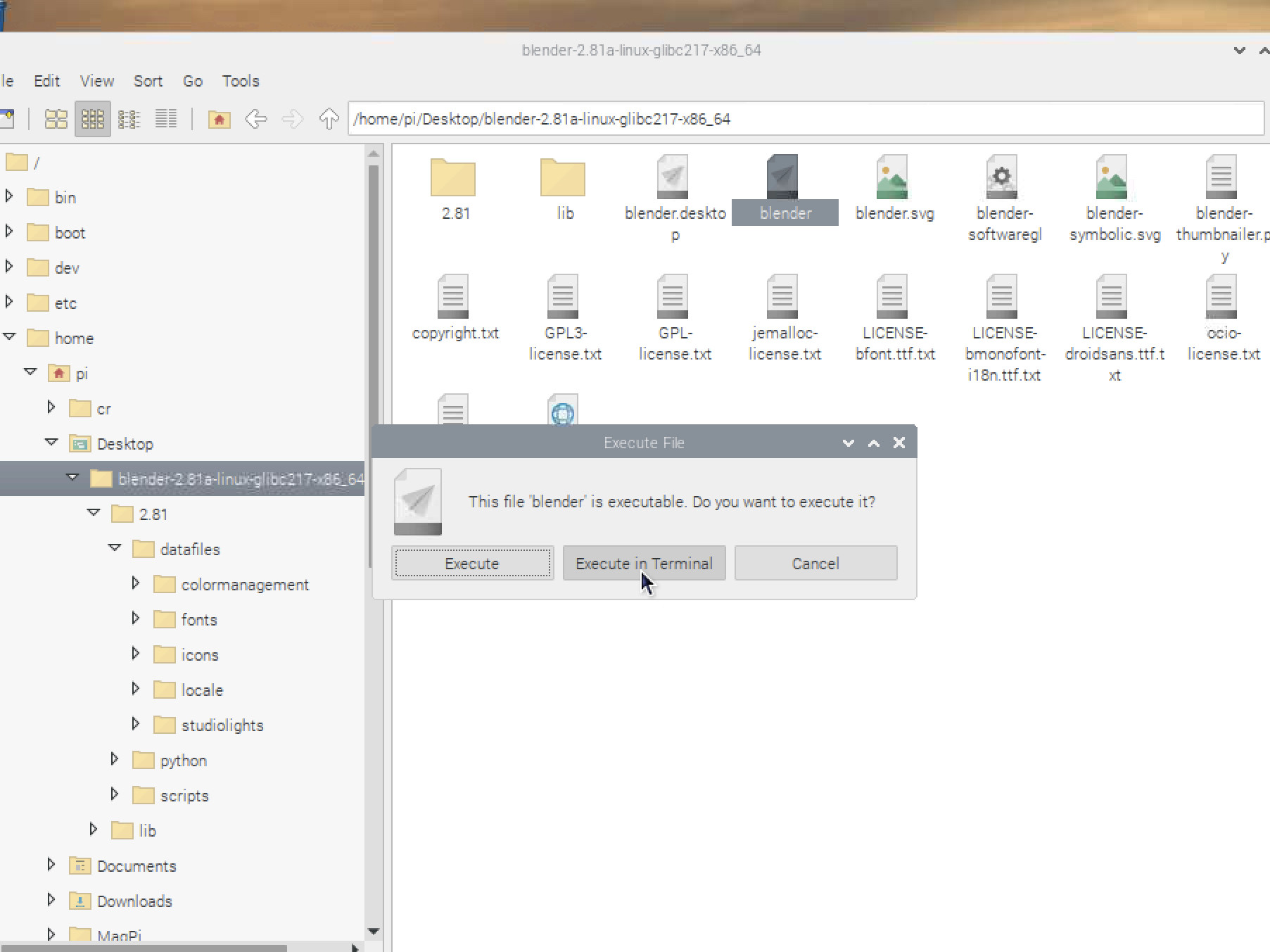 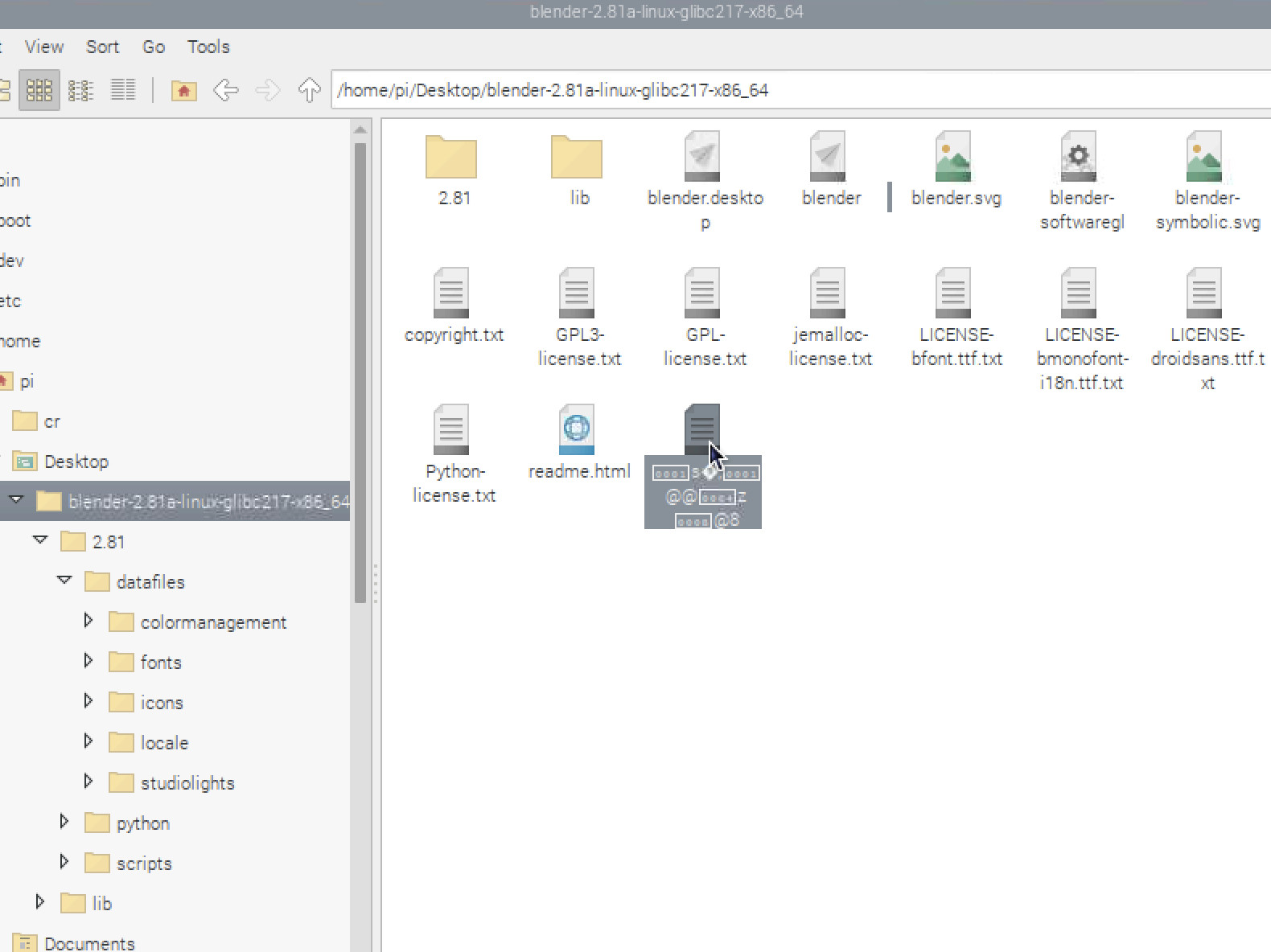 I have tried installing blender in the following way: sudo apt-get install blender But this just gives me the 2.79 version. I have heard that pi doesn’t support the version of OpenGL used in blender 2.8, but I also heard that if you use 2.8 headless, it doesn’t require OpenGL. Thanks in advance!

If you wonder how that strange file came into existence: if you try to execute a file those format is not recognized, the system will try to run it as a shell script, and if that file contains a string >blabla terminated by a newline, it will be interpreted as an output redirection by the shell, which will create a file named blabla.

Not the answer you're looking for? Browse other questions tagged raspbian pi-3b+ headless or ask your own question.