I'm at wits' end, trying to figure out why my HelloWorld console app doesn't work. my Raspberry is a B3 running Raspbian Buster Lite. 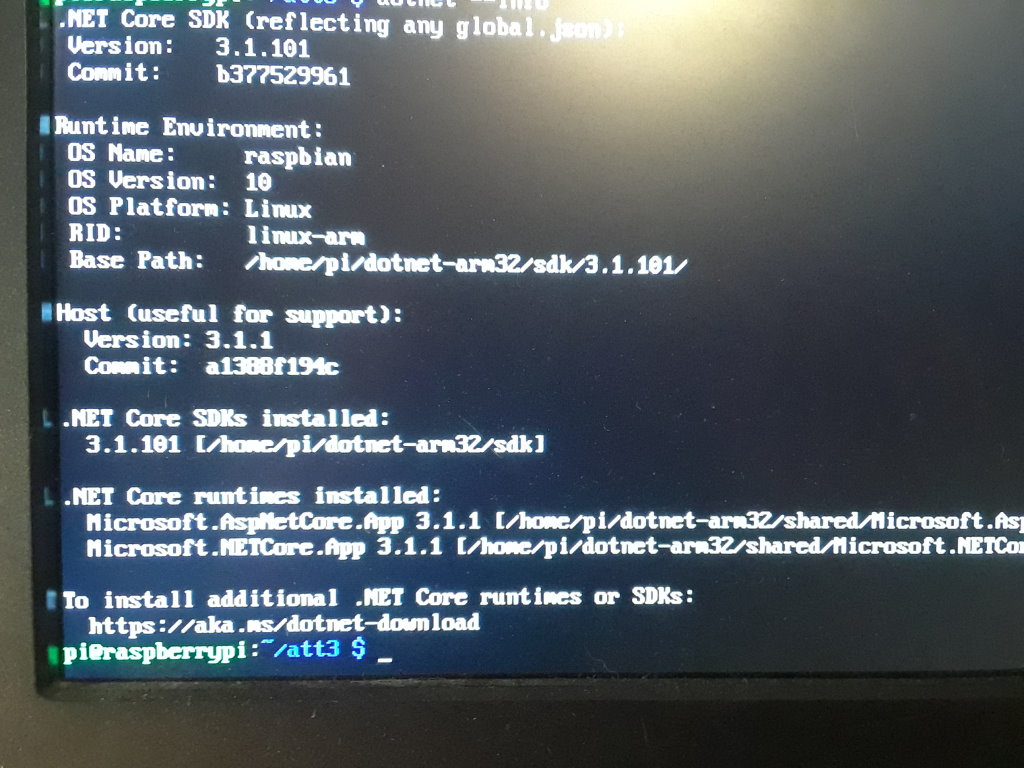 I followed the instructions to publish an app, by using the publish add-in of Visual Studio, with

after using SCP to upload the publish folder, I chmod 755 the HelloWorld.dll, and then do:

but I always get:

An assembly specified in the application dependencies manifest (deps.json) was not found: runtimepack.Microsoft.NETCore.App.Runtime.linux-arm; Version 3.1.1

I tried various suggestions about how to publish, but they all create the same result.

Browse other questions tagged raspbian or ask your own question.