Recently I experienced a breakdown of the SD card on a Raspberry Pi 3 B (no B+) I use as a courtesy PC for my nieces/nephews. Since I had two SDHC 8GB cards, I did not worry too much and

Then, just as a final proof-of-success, I powered off the Raspberry, turned off the power supply, waited a few minutes and then turned it on again: the system did not boot. I though it was a problem of the SDHC card therefore I repeated the same three steps, but the result was the same! So, thinking the board was damaged, I brought from my lab another Raspberry Pi 3 Model B (I never used it as I kept it as a spare part): however, after repeating the three steps above, I got the same results: the Raspberry does not boot after turning the power supply off.
After these test, I

Now, my fateful final question is: why Raspbian does not boot after seemingly having been correctly installed?

This is the culprit: 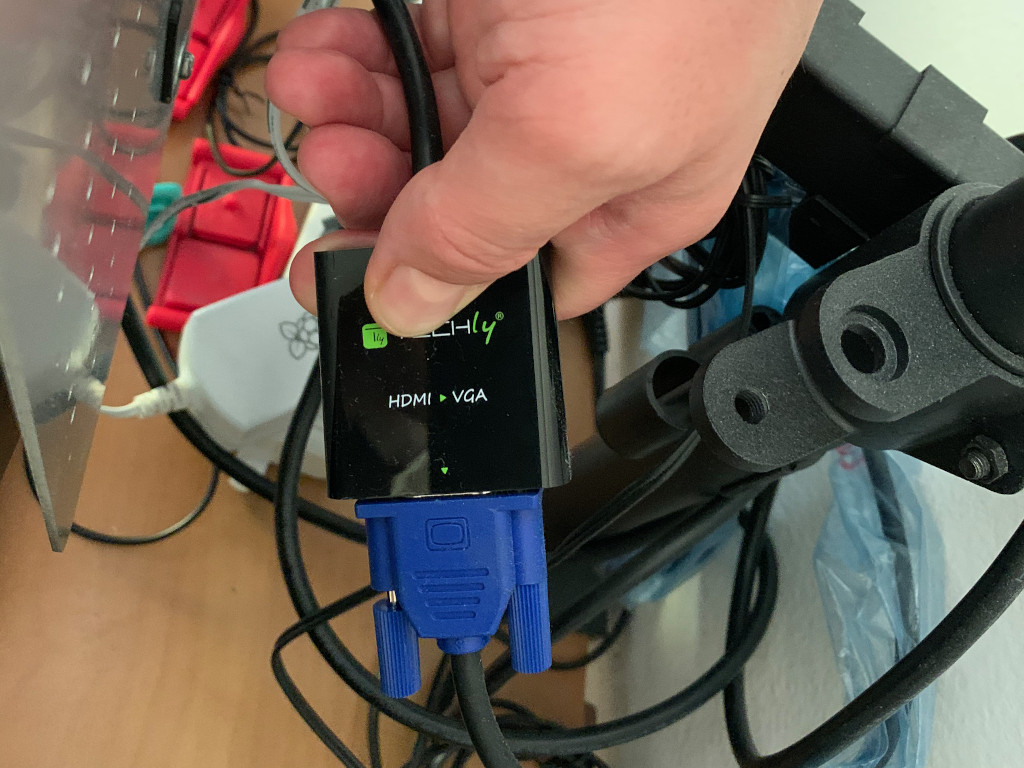 This HDMI-to-VGA converter (the only object I have not changed during my many tests, and thanks to @Ingo for having opened my eyes on this) does not allow the automatic recognition of the monitor by the Raspberry. To solve the problem, I proceeded as described in this post. Precisely,

And the monitor is perfectly driven since then.

Edit: further experiments with newer Raspberry Pi models. In these months I also experimented with new versions of the Raspberry, in order to enhance the performance of the courtesy PC but also to see if they inherit the same problem: precisely I used

I was able to install Raspbian on them without having to do the above workaround in order to drive the same old SVGA LCD Monitors: therefore it seems that this problem exists only for Raspberry Pi 3 B or older models.

Not the answer you're looking for? Browse other questions tagged pi-3 boot-issues software-installation or ask your own question.