I am sure everyone trying to record sound with a Raspberry Pi has experienced a lot of issues with noise pollution. Although there is any number threads on various forum adressing this I have yet to find any conclusive and comprehensive answers. I have made some basic tests and I thought I would pose the question here to find other ways to improve sound recording.

So far I have traced the main course of noise to the following:

(please note that the scale is different on the two pictures, so it looks like the unshielded has less noise but in fact it is more ) 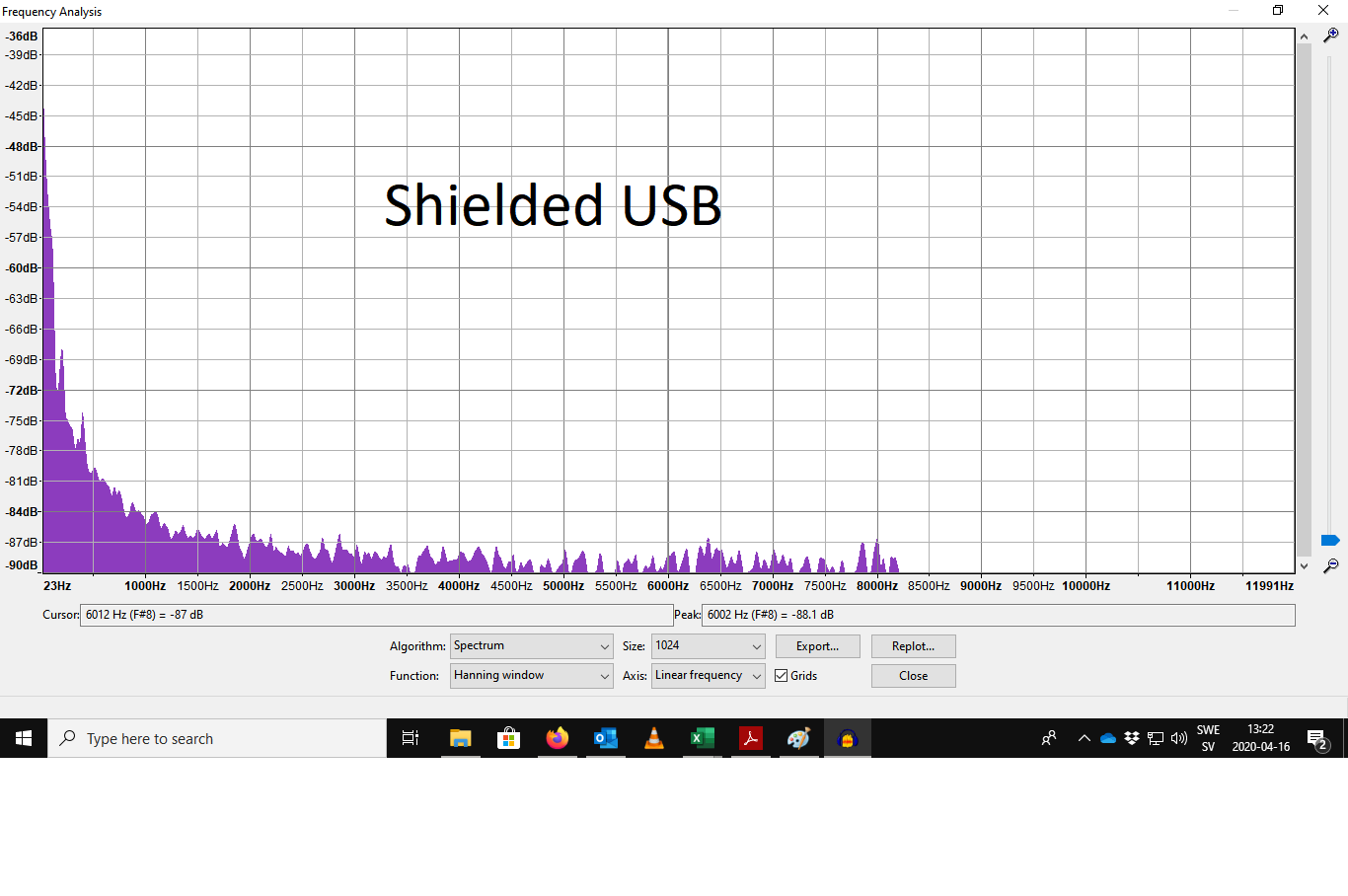 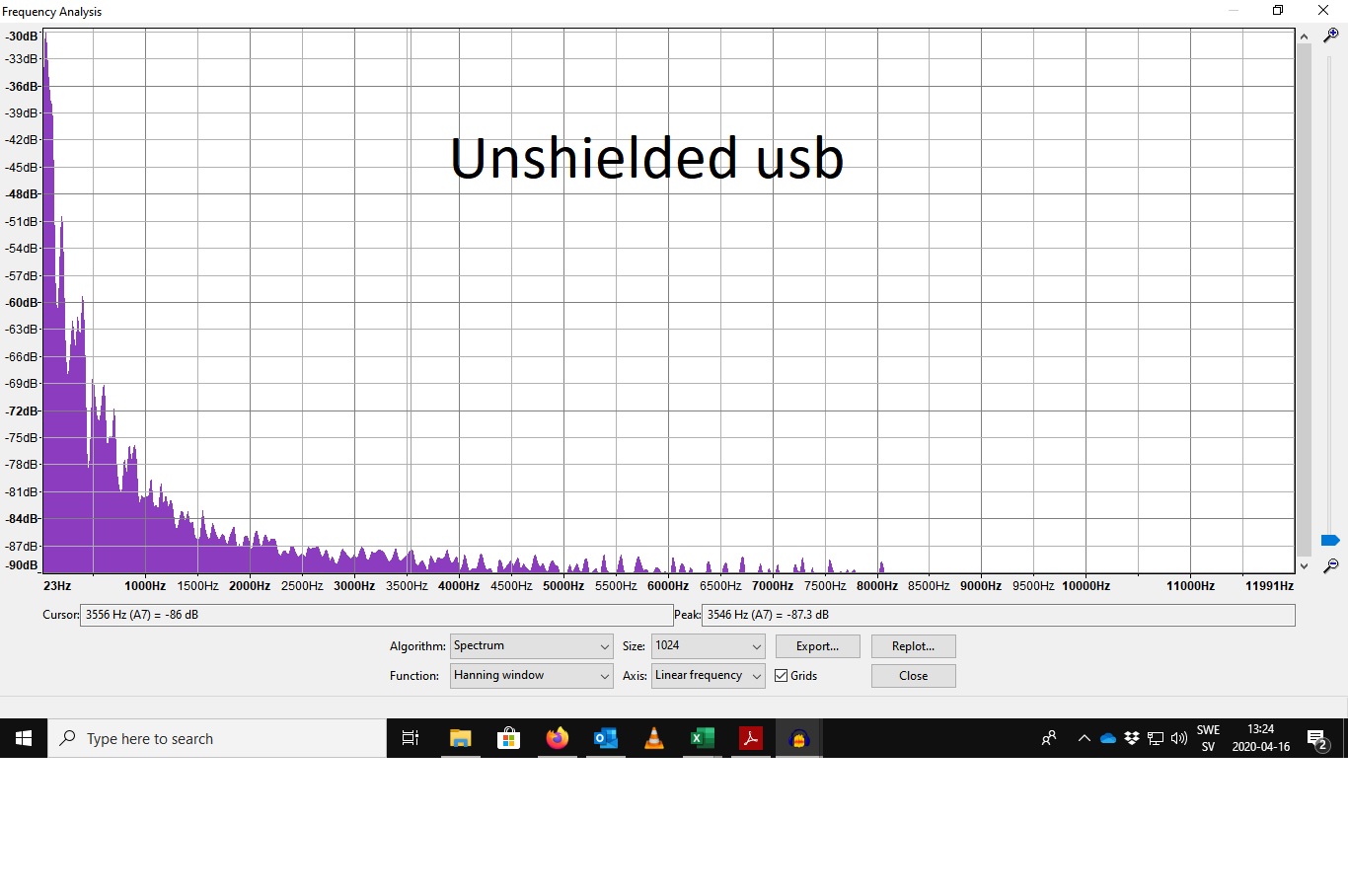 These tests were performed on a RPI3 A+ with a moderatly good soundcard (approx 12 euro) and a small microphone. I am sure I could improve things with better equipment but then I would probably use a better computer for recordings.

I will try to test other setups and post results here.

But please, any suggestions by yea wise and knowledgeable are very welcome!

Add: Here are two pictures of an unshielded USB card and when it is less than 50cm from a computer screen and a wifi router (again, note difference in scale). Both sounds like ticking noise. 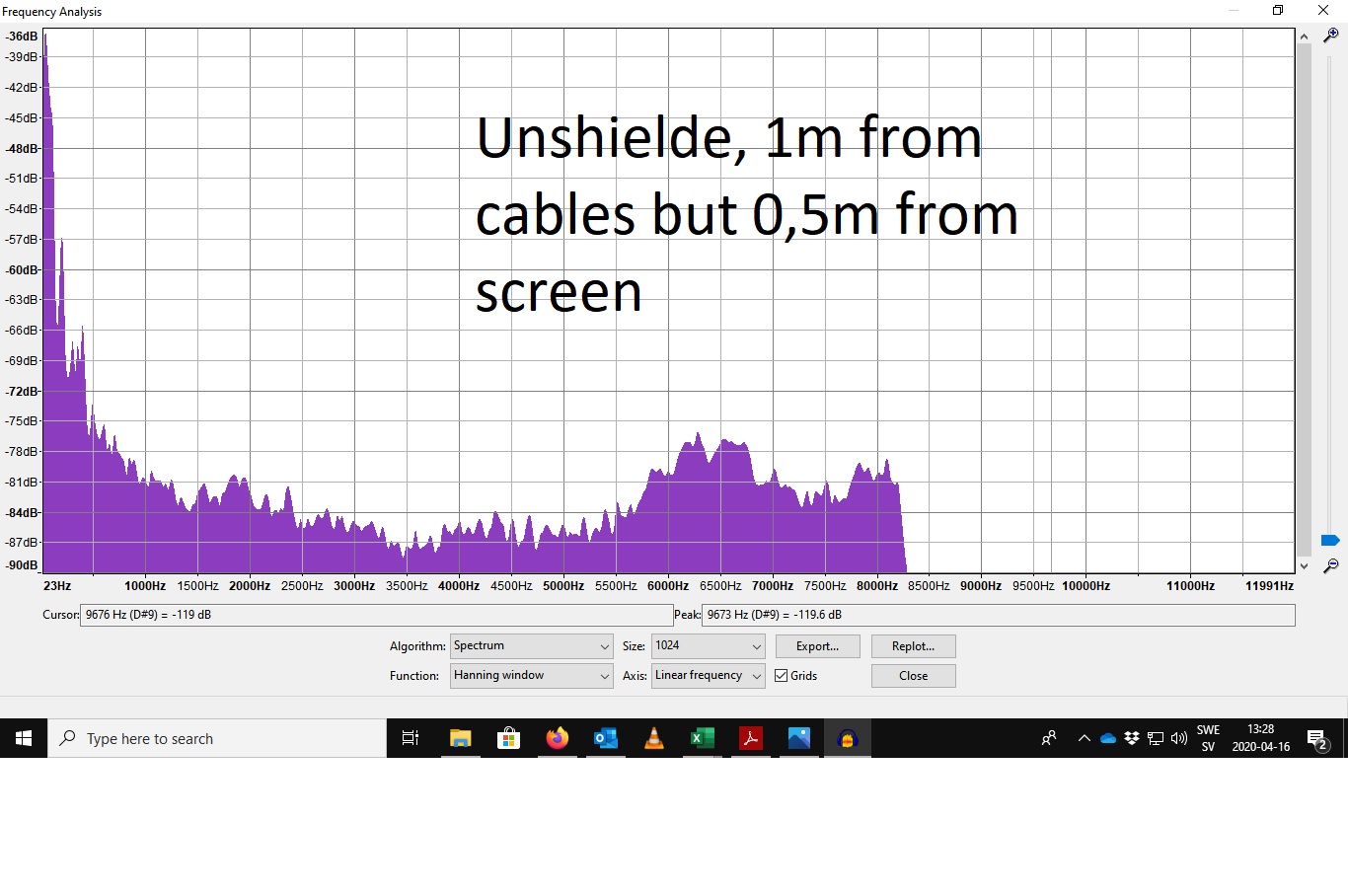 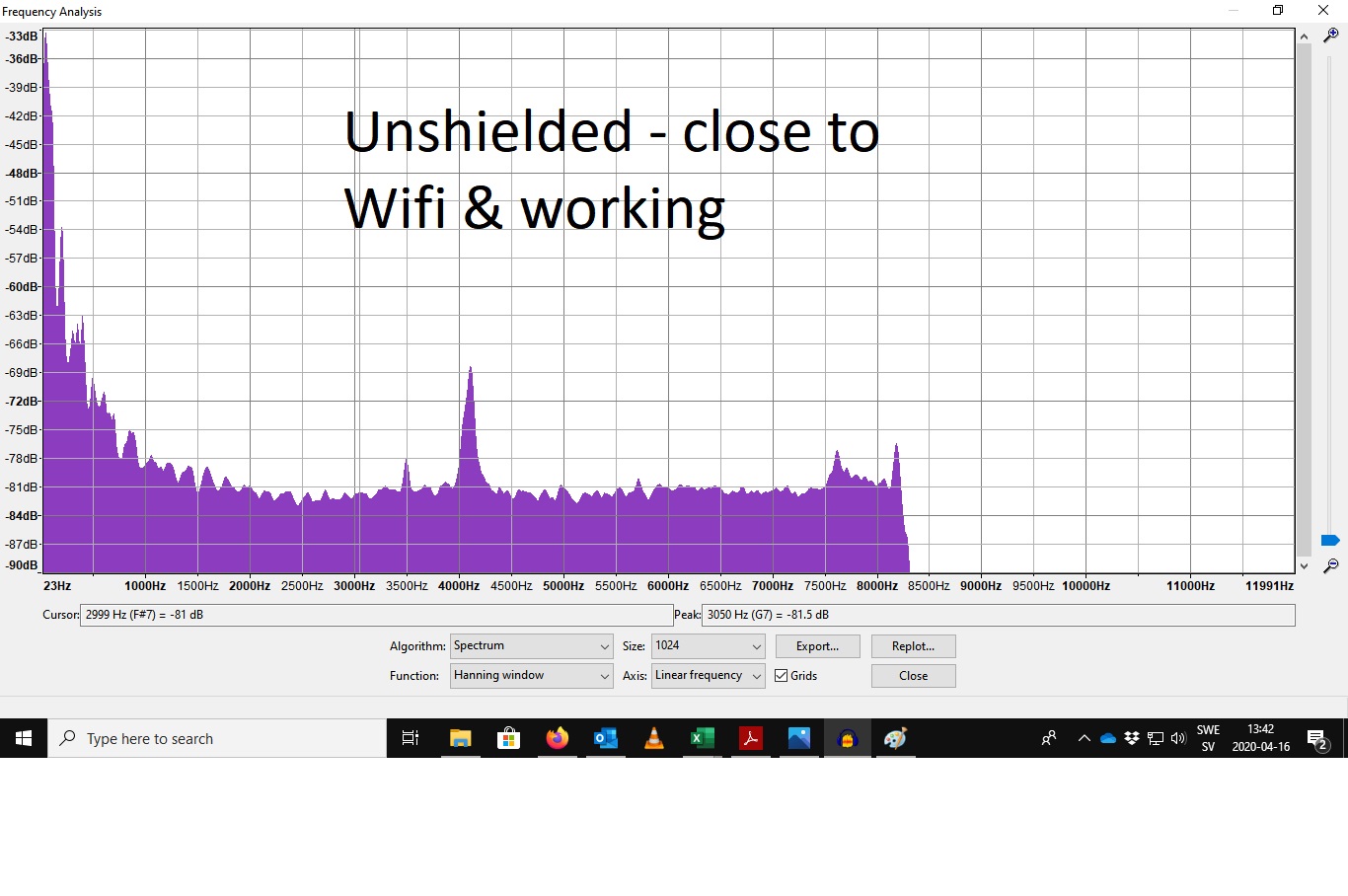 I have tried to put 3 electret microphone capsules in parallell as described in this post: https://electronics.stackexchange.com/questions/324450/can-i-connect-multiple-electret-microphones-for-better-gain

It works! I still have the noise from the pi (dirty PSU) and the soundcard but the recorded sound is so much louder that the noise is no longer covering the wanted sound (as much). The hardest part was to get the shielding to be coherent and closed all the way from capsule to USB connector. My 3 x mic seem to pick up a little more EMI than before but it also has more openings in the shield, i.e. the brass net I used to over the actual mic-membranes

Next will be trying to clean up power to Pi and Usb-soundcard.

(moved from comments, to tidy up later)

(5) Grounding is also very important, I separate my grounds into (a) power ground, (b) logic ground, and (c) audio signal ground, and of course shielded or double shielded AV cables. I even dedicate the Rpi's several ground pins into groups, for I2C/SPI/UART/GPIO (audio) etc. Of course I need to use "ground stubs" later. For also signals Audio or I2C etc, I have separate ground lines going with them,

(6) For power amps, I sometimes use differential input D type power amp. (7) I also have digital low/band pass filters (for my EEG/ECG/GPS etc) to try to reduce noise. (8) I use UGreen USB sound cards (OK, they are not very HiFi, but cheap, with button selection of raw/music/gaming band widths. (9) I also try dynamic/moving coil (Sony grade) and cheap pizo microphones.

(6) Why Grounding is used - Epanorama

Not the answer you're looking for? Browse other questions tagged audio microphone or ask your own question.