Stream all system audio to Raspberry Pi from elementryos

I have this setup 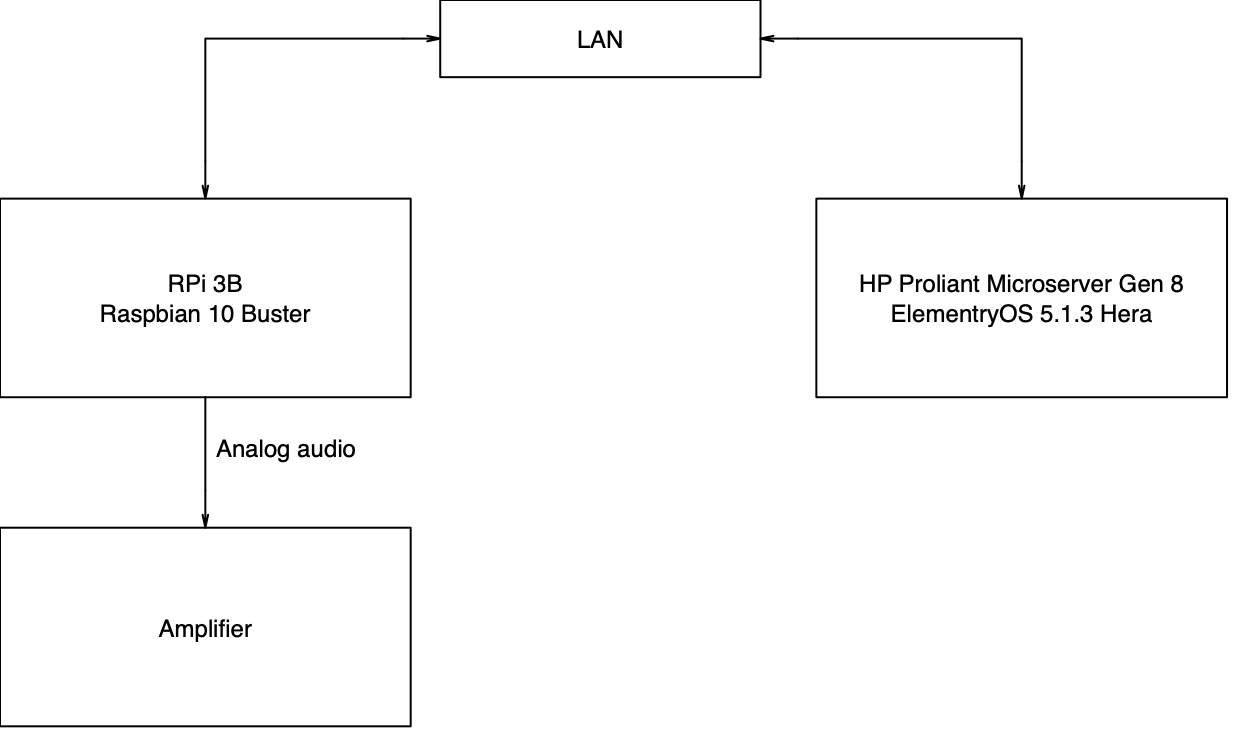 The old HP server I'm using as a desktop, but it doesn't have audio hardware at all - nothing in the bios, nothing on the motherboard. I want all audio from any application to go out the audio jack on my raspberry pi, which is hooked to an amplifier.

That's all. I don't want a music server, or playlists, or to stream audio from my phone or run a dnla server or anything. Just an "external sound card".

I've read many descriptions of mpd and pulseaudio and mopidy and who knows what else. They talk about editing config files which don't exist, perhaps because they aren't written with raspbian 10 in mind?

what is the simplest way to achieve this setup?

I was able to use PulseAudio to route my audio to the RPi.

The superuser question linked by @user1937198 gave me a place to start, however I wasn't able to publish over ssh as suggested by the article because when I typed in ssh -R ... I was given the ssh usage help:

... -R doesn't work on the box, and I didn't want to solve that problem right now. Later in the article it mentioned using avahi-daemon and pulseaudio-zeroconf, so I googled up this post on reddit which led me to this page on archlinux for PulseAudio, which is thoroughly confusing for me. I think the main problem was that the box where I want the sound to come from doesn't have any sound hardware, and the instructions are written as if I did have sound devices, so list different things.

In the end I did these steps on the HP (audio source):

On the RPi (audio output) I did:

This initially did nothing, so I threw my hands in the air and walked away for an hour.

Then the audio started being piped from ElementryOS to Raspbian all on its own. I think the most important step here happened by leaving it for a bit so zeroconf could figure itself out.

I now have audio. It's a bit choppy at times but it's better than nothing at all. Hope some of this makes sense to a future reader!

I want all audio from any application to go out the audio jack on my raspberry pi, which is hooked to an amplifier. That's all.

On my Raspberry Pi 4B with a fresh flashed Raspbian Buster Light this is working out of the box. I plugged in a headphone into the audio jack and downloaded a small test audio file:

Then I played it with:

and I hear that it is working.

be sure that in /boot/config.txt by default is

Not the answer you're looking for? Browse other questions tagged audio raspbian-buster pulseaudio or ask your own question.