What does the etched (vs non-etched) RJ45 jack indicate?

I have 3 of the 2GB versions; only one works in the remote location powered by PoE. The two that do NOT work - the newest and oldest of the 3 - have an etched RJ45 jack.

The one that does work has no etching.

What do I ask for, when ordering, to receive the non-etched version? 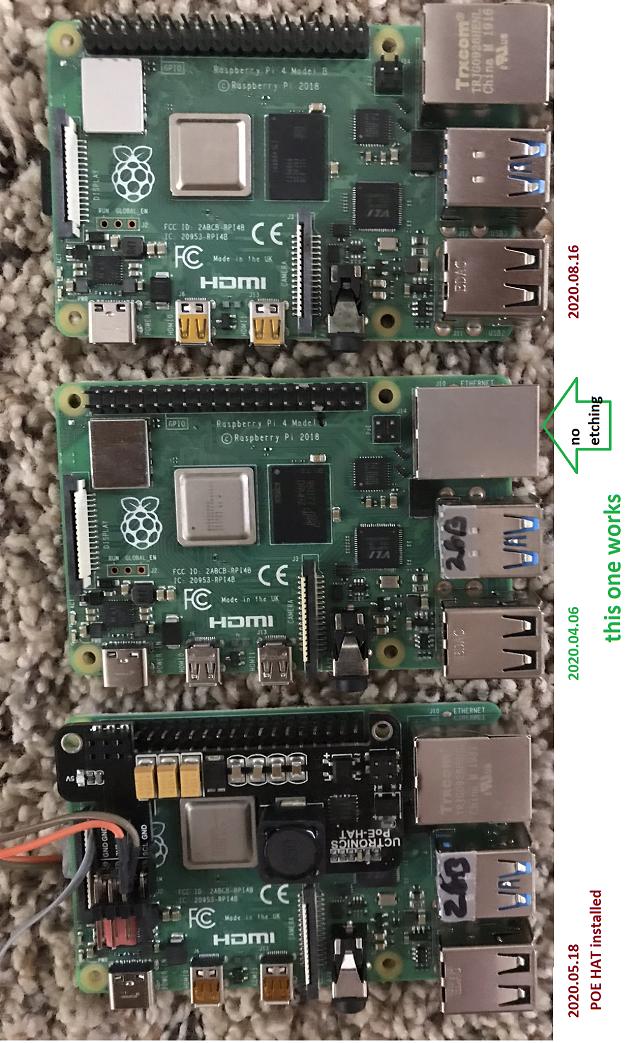 I move the SD Card and the POE HAT to each Pi in-turn for testing (eg all is identical except the Raspberry Pi itself).

Note2: all 3 Pis work fine when powered by the USBC port (with and without the POE hat installed)

so, what does the etching mean?

or, any suggestions how to get the 2 non-working Pis to function.

Posting this as answer because it 'solves' my final "how to get the 2 non-working Pis to function", but it doesn't address the topic; why is one of the 3 Pis different.

in short, now all three Pis work at the remote location powered via PoE.

All I did was cut the external plug off the ethernet cable and replace it.

This still leaves me wondering... what is special about the one Pi (sans etching) that it worked with the poor ethernet plug? (and how to order more of those fault tolerant Pis!!!?)

You probably had a cable with non-standard wiring (perhaps a cross-over cable). Most RJ45-POE plugs assume the wiring is conform to the standard, which allows the manufacturer to use only 4 rectifiers. Some plugs accept POE with cross-over cables, at the expense of using twice as many diodes: 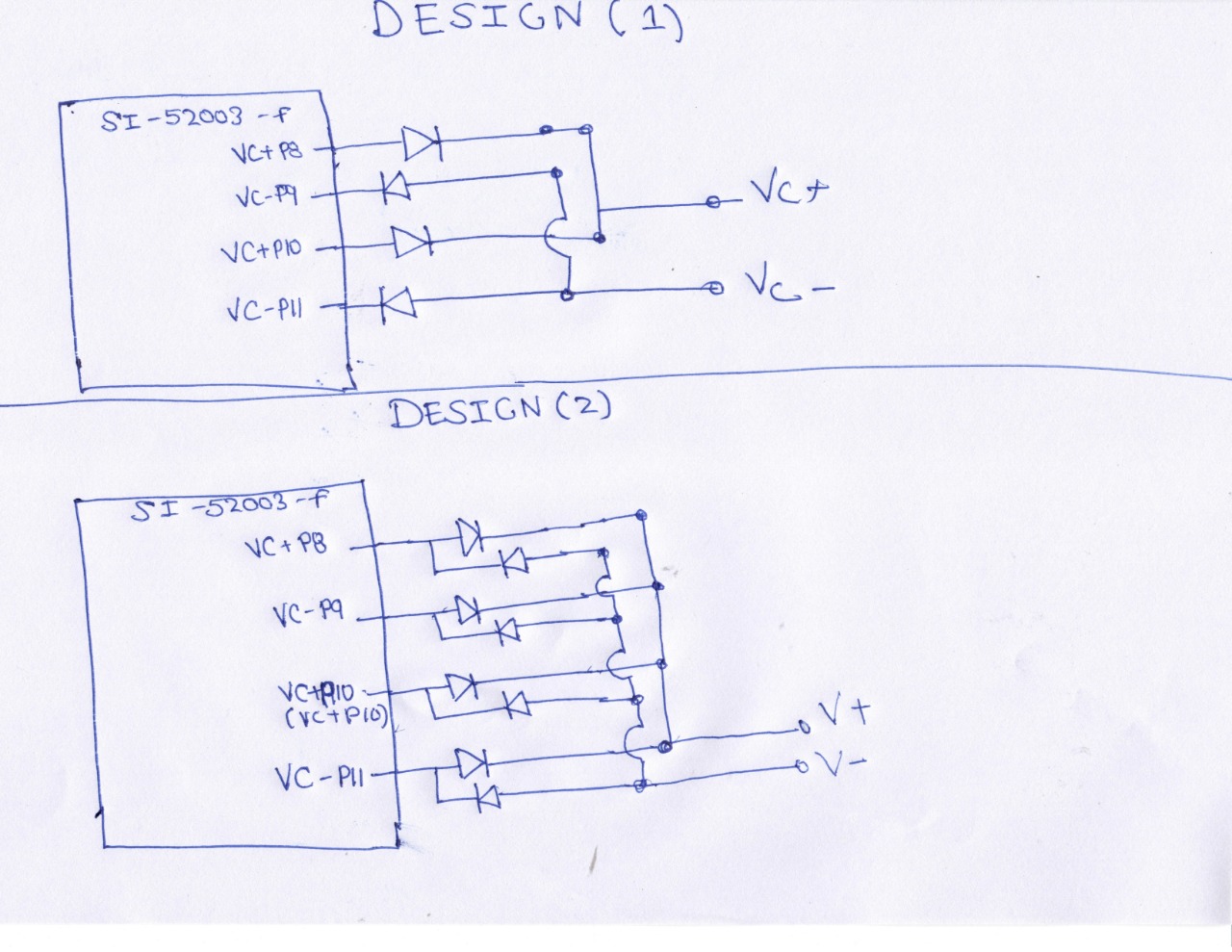 Apparently, the jack with no etching uses design 2, while the etched ones use design 1. Having said that, there is no guarantee that all jacks with no etching will be like that.

The etching in itself means nothing, if you order millions of pieces, manufacturers will offer pieces with and without labels or even with labels of your choice. You can also order whatever they have in stock, which may be a mix of different label schemes and parts with no labels. And if you need the pieces badly enough, you will even accept to overpay to get more expensive parts which are already in stock, instead of waiting for cheaper ones to be produced.

Not the answer you're looking for? Browse other questions tagged ethernet-port poe or ask your own question.

2
Ethernet not working, sometimes defaults to random IP - raspberry pi 2 model b
0
PoE Switch hat not working
3
Is it viable to run a cluster of Pis on PoE?
1
802.3af POE splitter not working wth pi4
0
Not working ethernet connection from switch - Unifi Controller on Pi4
1
Pi 400 not working with Pi-Supply PoE Switch Hat