I have 2 exact the same Pi's: both are Raspberry Pi Model B Rev 2.

Both were running Raspian Stretch for years. 4 days ago both Pi's (!!!) had a Kernel Panic after trying to update to php7.4. Installs were very old so I did not bother spending a lot of time: I decided to a full re-install of the 2020-08-20-raspios-buster-armhf-lite.

Note: I corrupted both Pi's at the same time, they both had an old SDHC card, one of 4 GB and the other 8 GB.

So I started with new cards, MircoSD this time:

Then I tried PHP8, but it would not start Apache. Removed PHP8, naked install of Apache - all went OK.

Apache would not start. Tried to fix. Then:

and then command line said ILLEGAL INSTRUCTION at every key I hit.

Kernel panic - not syncing: Attempted to kill init! exitcode 0x00000004, On both my Raspberry's at exact the same time.

Is there a bug in the combo Raspian / Buster and PHP 7.4? Any solution here? 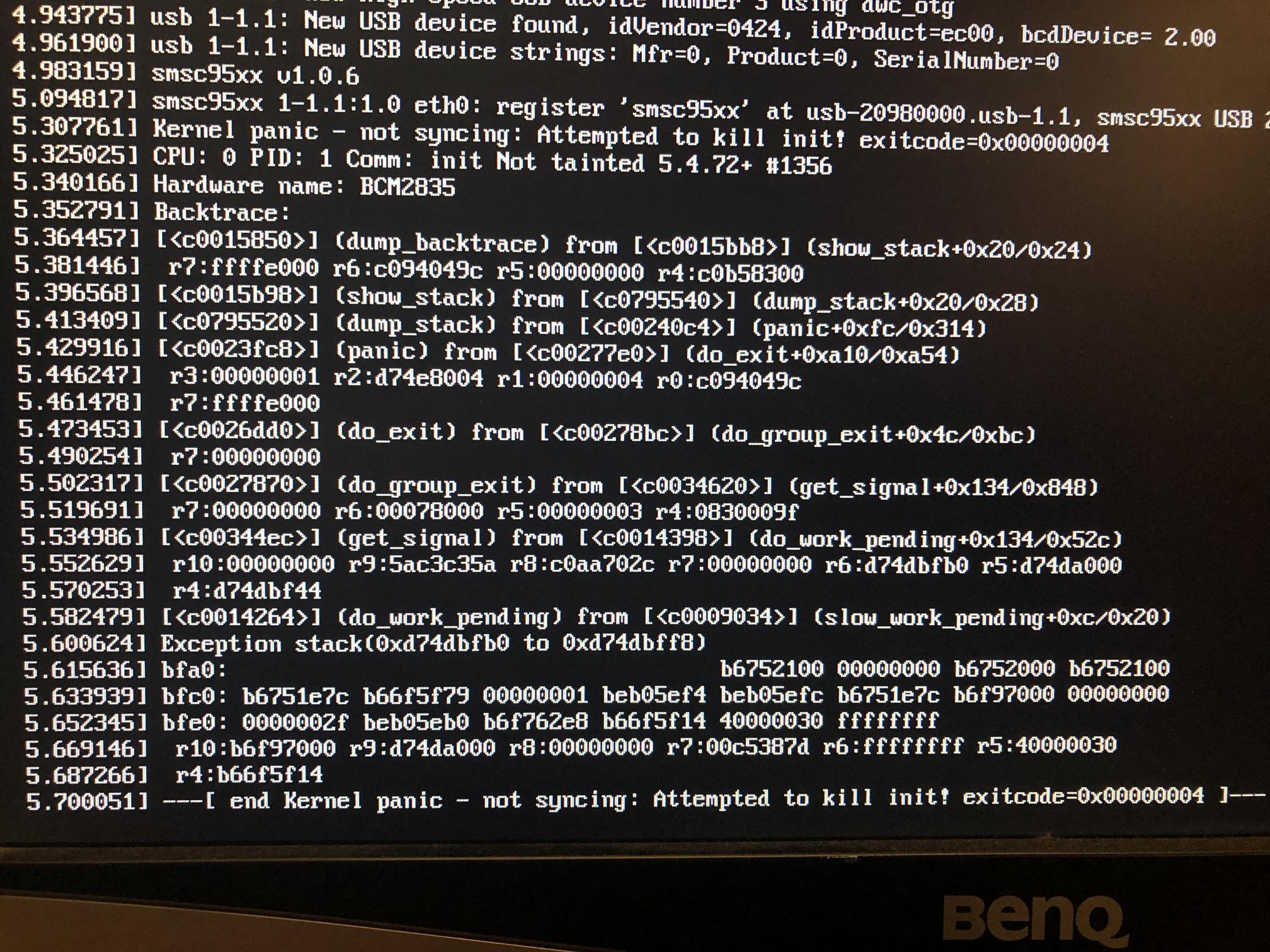 The repository you are using is not supporting ARMv6, so you'll need at least Pi 2 to run packages from it. See the following issues on their tracker:

Not the answer you're looking for? Browse other questions tagged kernel php corrupt or ask your own question.