Why does connection between raspi and potentiometer via SPI fail after one time running code?

I'm pretty new in this forum and generally at wotking with Raspberry Pi. I'm trying to read the value of a potentiometer with my raspberry pi 4 B and am using MCP3008 through spi. My purpous is to control some elements in puredata with it.

I've already connected the MCP and potentiometer with a breadboard to the Rpi. At the moment I get only once the correct value with this code:

test.py (which I run with -> python test.py)

I got the Spidev from following repository: https://github.com/doceme/py-spidev

After the first time each time I run the same code I get zero. It turned out that after rebooting it works again, but again only for one time running the code! I'm pretty confused because I'm quiet sure that the wiring is correct, as I get the value correct at the first time. And what confuses me more is that the code I run stays the same but the value changes to zero! As if the interface breaks connection after one time or the voltage gets "absorbed" or something!

Photos of the setup: 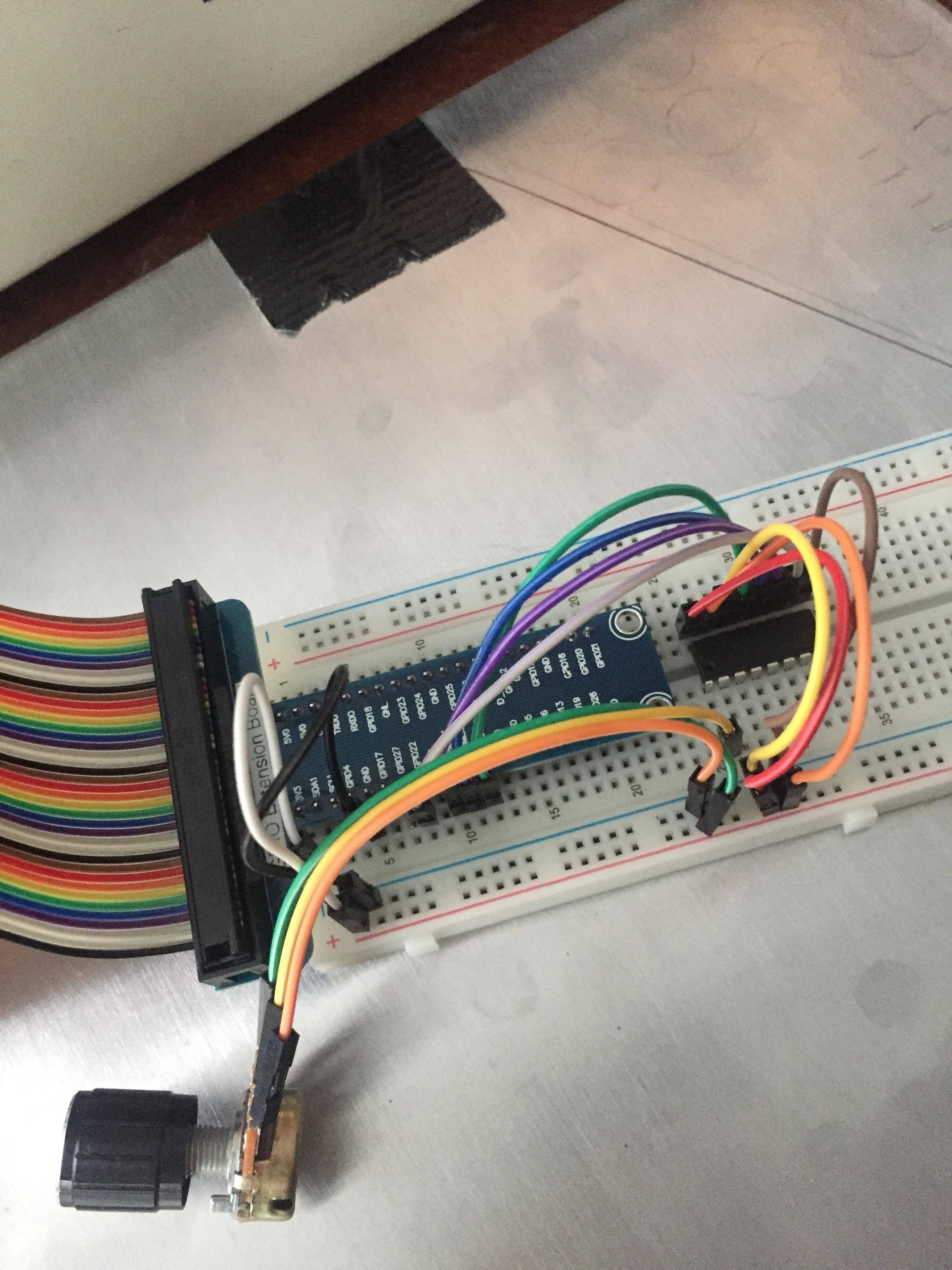 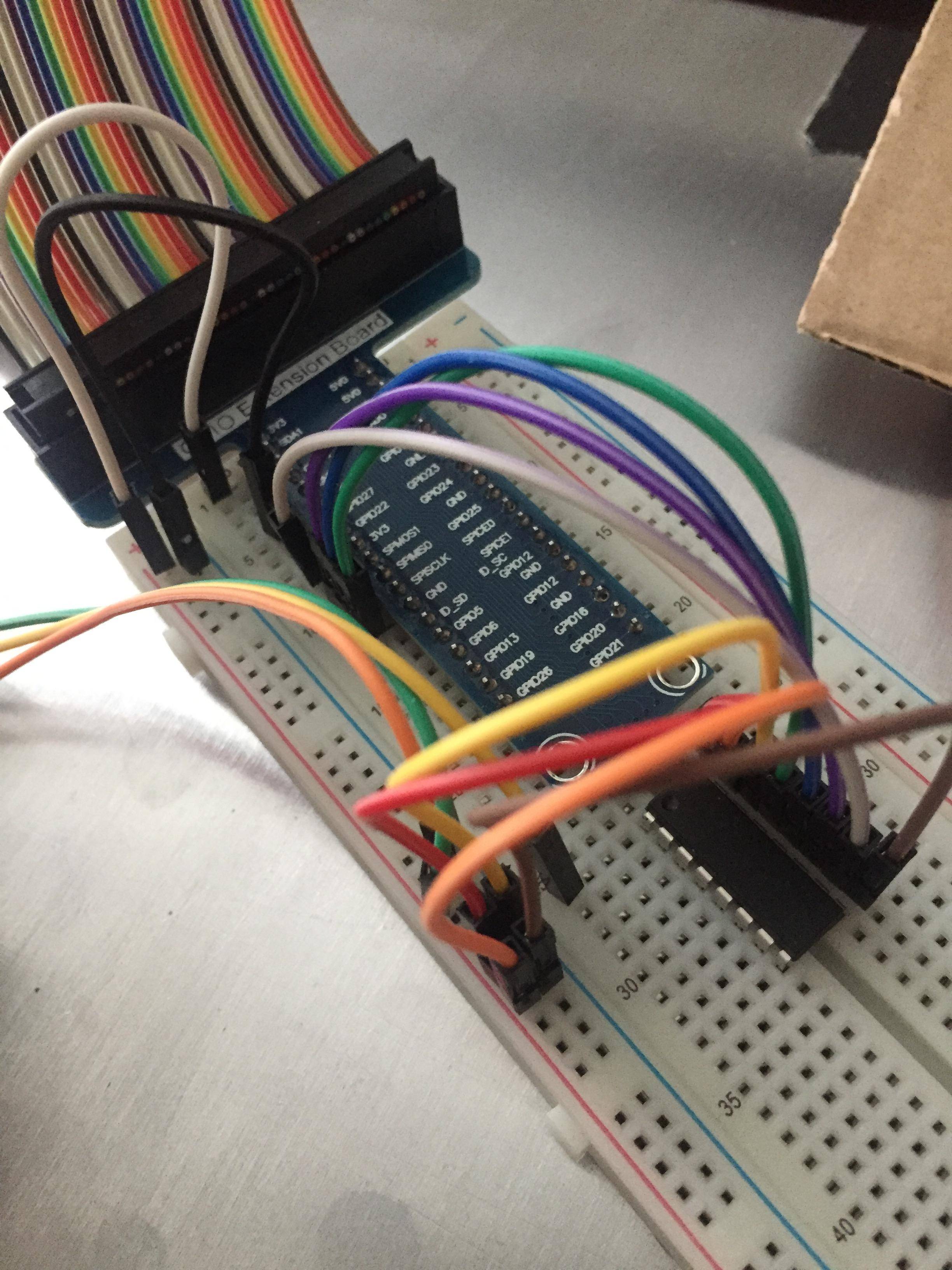 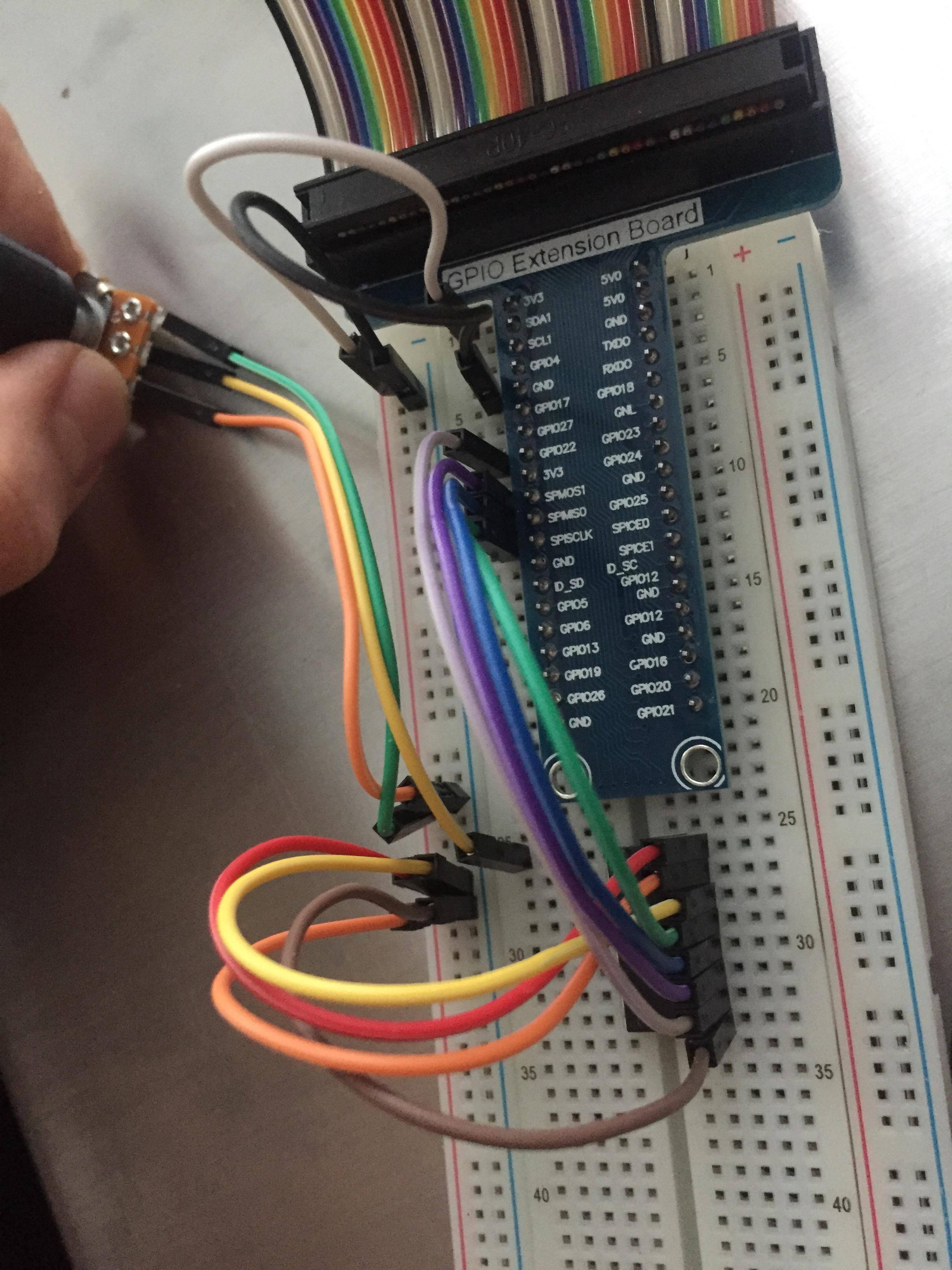 Does anyone know what the possible reason could be and how to fix it?

Try to pin-point the problem. Software or hardware.

I suggest you try the following (with my pigs utility).

Does the read give readings which seem reasonable.

I see the class you're using has a close function. Perhaps you should call it at the end of your code.

Ok apparently it works now. I had used a t-cobber before but now I have removed it and connected the pins directly to the breadboard. I still do not know what the problem was. But anyways it works! Thanks again for your support

Not the answer you're looking for? Browse other questions tagged spi mcp3008 or ask your own question.

2
SPI communication with the MCP3008 in C
1
MCP3008 returns sinusoidal values
3
SPI DMA and continuous transfers
0
MCP3008 with photoresistor, analog to digital, noisy readings
0
How to control 2 devices using the SPI bus and one Chip Select
0
Odd SPI issue only works when toggled