I'm working with a headless pi4b and can't remotely connect to it via user pi by SHH when using a cloned SSH of a microSD that performs this fine. Pi boots with slightly different output and I'm getting server not available for various docker-based applications that are accessible fine from the microSD boot (see updates at end, as I initially thought it wasn't booting at all from the SSD)

I've tried cloning a microSD that boots fine and was being used up until this point. I've also tried installing a bootable raspberryPi OS Lite (2021-01-11 release) fresh without luck. My biggest caveat is that I can't see errors in output unless it boots (via ssh) as I don't have a micro HDMI cable. I'm hoping that I've done something obviously wrong that might be easy to assume. SSD formatted to Fat32.

I say it cannot boot because it isn't connecting to the network (via ethernet) when attempting to boot from USB. I don't know at what point it stops. Switching back to microSD works fine again.

My first thought is compatibility. I'm using an Intenso Portable SSD Premium 128gb. Using a powered hub doesn't change things. I can confirm it's recognised as storage if I connect it when the Pi is booting from a microSD (output when the SSD was cloned from a bootable microSD):

I followed the steps as shown in tomshardware though I had a more recent raspi-config menu and changed the boot order in the 'advanced' menu. USB was listed there fine. The boot ROM version I updated to appeared to be from January and I confirmed it was updated.

Although I updated the Boot ROM and firmware, I believe that my Pi4b was already set up to boot from USB. It's tough to know as a lot of tutorials were made around the time when this was a beta feature. I followed through just to rule it out.

I'm expecting there to be no obvious solution here so apologies for not having the output I'd normally see on a display. I've a micro HDMI adapter ordered today but need to get this running before it arrives.

I'm not very familiar with the technicalities of formatting drives and what a raspberry pi expects to find when booting. A lot of tutorials seem to reference sda1 which concerns me when I see that my ssd is divided as follows:

Intuition (all I've got right now) would suggest sda2 is what's relevant to me here? I didn't specifically format the SSD to have the sda1 and sda2 it shows. It's a clone of a microSD which was formatted by balenaEtcher to make a bootlable disk using the latest release of Raspberry Pi OS. This was what it created on the microSD so I don't want to go messing with it. And if it works on the microSD in that partition configuration, I don't understand why it wouldn't provide the bootloader with what it's looking for when presented the same way on the SSD.

I've managed to get an ethernet connection and a display at the same time and it hasn't been as revealing as I'd hoped.

What's clear now is that the pi is booting and is obtaining a correct ip via dhcp from the router. It leaves me at the login prompt with only a single FAILED warning for Bluetooth Modems that appears irrelevant to the issue (though doesn't fail with the microSD boot, only SSD).

What's not happening is that I cannot connect to the pi via ssh as I can when I boot via microsd. Trying:

just leaves the command prompt hanging and waiting until it fails. However, if I try:

it asks for a password. It might be a native assumption but does this suggesst ssh is connecting ok (it also outputs it's starting OpenBSD secure shell server) but there's an issue with the user account? If so, I don't understand why a cloned disk wouldn't just carry over the same user account and permissions.

I had various applications start up automatically via docker before and are set to launch on boot. The display output is showing various starting/listening Docker Socket for the API messages without errors. I'm unsure what the output normally is for them but I cannot reach them via 192.168.X.X:XXXX like I can if I boot from microSD.

Unsure of how how to progress from here?

I'm including a screenshot of output at the end of both microSD boot (1) and ssd boot (2). Apologies for not just using the text here but without knowing which bits are relevant and to isolate, it would just be a sea of too much information. 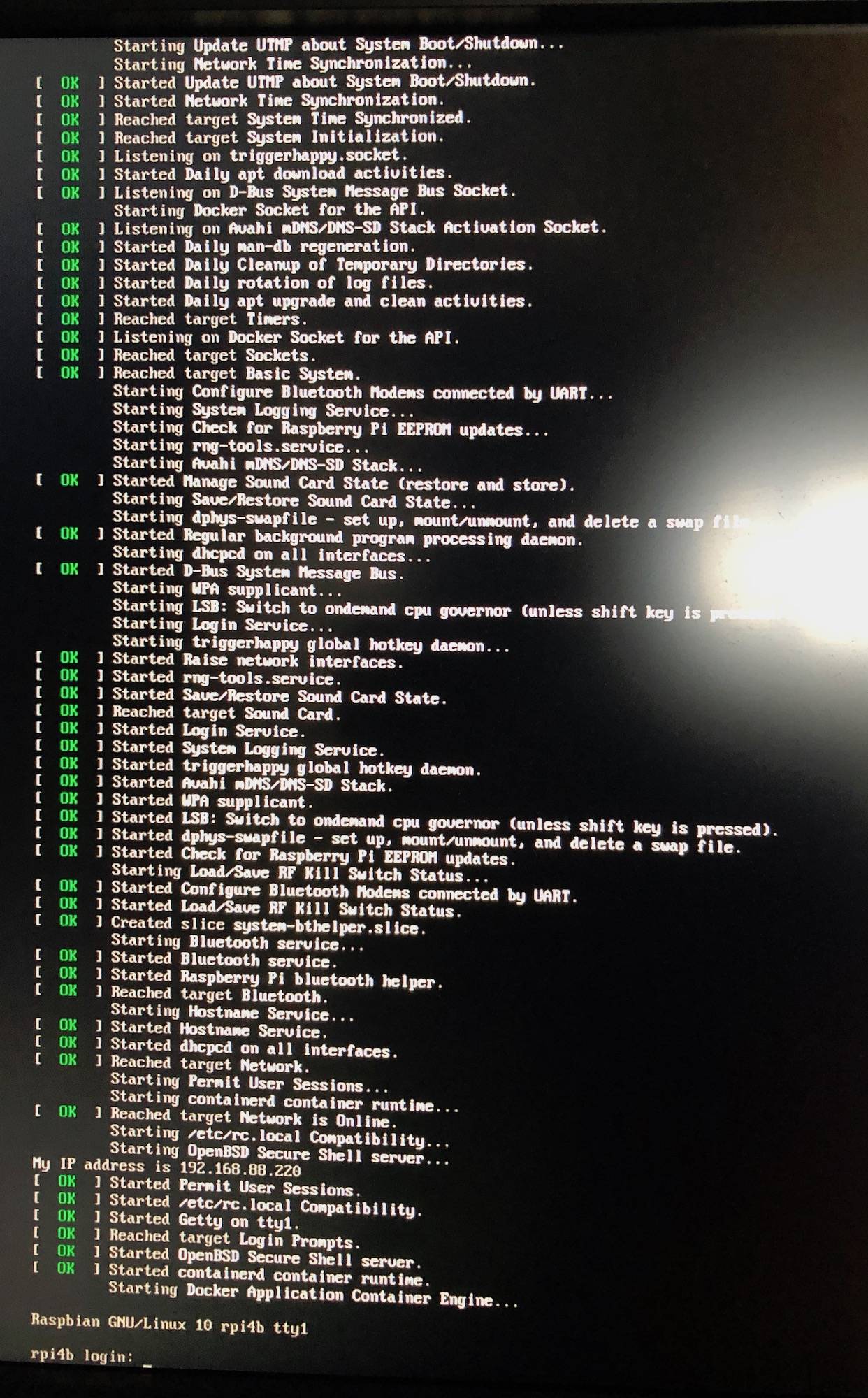 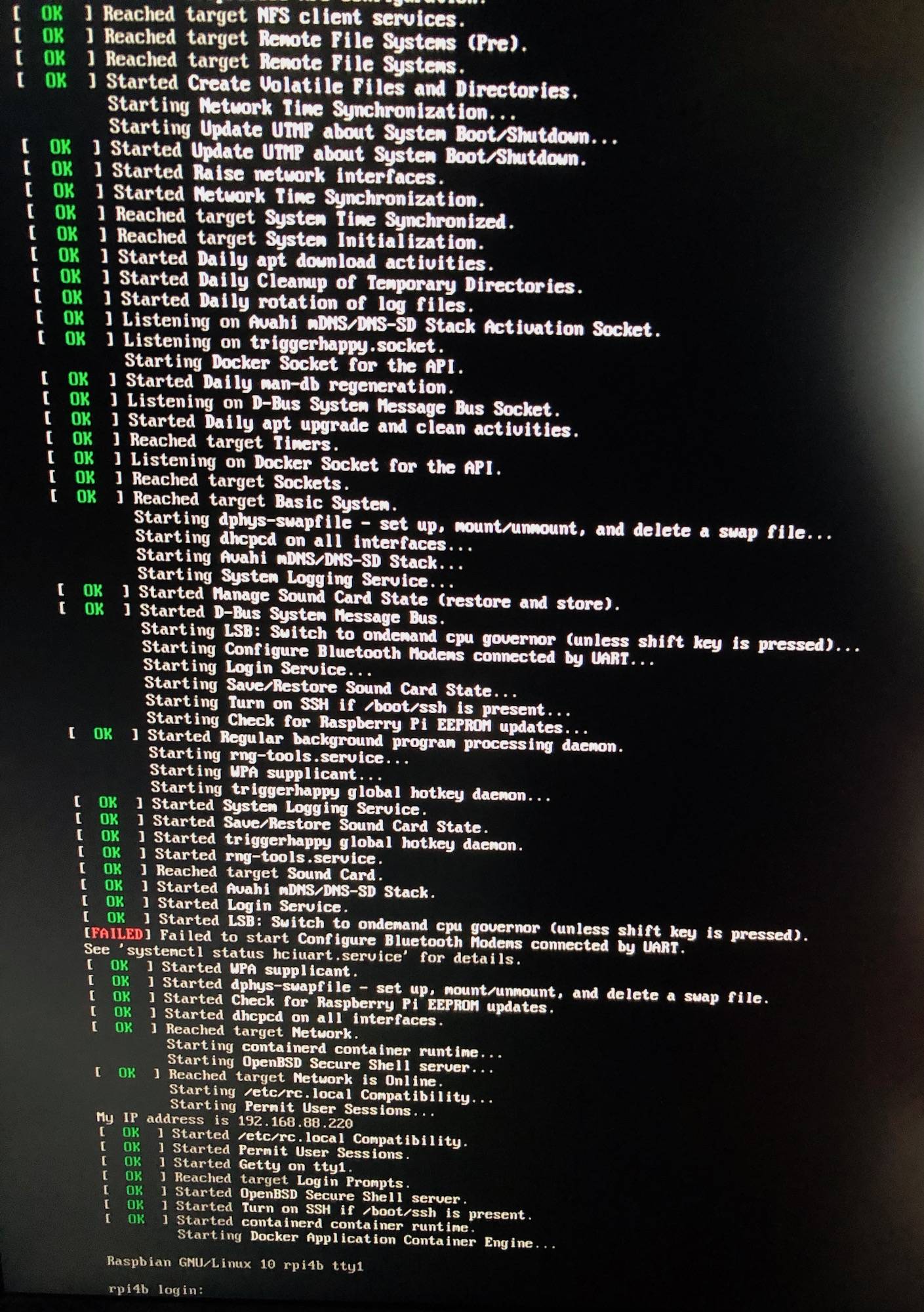 Also, try to look in the logfiles in /var/log. And check the output of dmesg on the pi.

Not the answer you're looking for? Browse other questions tagged usb ssh or ask your own question.

2
SSH Permission Denied, Please try again
2
RPI 2 with NOOBS won't boot but I can still SSH into it
2
Can't connect to Raspberry Pi Zero W over USB SSH
1
Resizing partition on an external disk renders it unusable as a root partition?
0
Black screen when trying to boot from SSD on a Raspberry Pi 4B
1
After writing Raspberry Pi OS to SSD, I cannot add ssh file
1
External SSD fails when transmitting large files
0
External HDD causes SSD to not boot, but works fine when plugged in later
0
Why usb with root filesystem is not mounting on boot bootcode.bin not working