I cannot seem to make it work with my RPi 4B. Does anyone have an idea as to why? Or ideas to further narrow down the problem?

Although I cannot find a datasheet, this thread from raspberrypi.org says it is possible when following the Adafruit tutorial and connecting the LED to 3.3v.

Based on the Pi's datasheet and corroborated by the gpio readall command, I connected it to my RPi 4B as follows:

I followed these prerequisites to run standard updates, to make sure it has pip3 and python3 installed and I2C and SPI are enabled. I ran their test script and all is well.

The rgb_display_pillow_demo.py code that I want to execute also asks for dependencies to be installed:

This demo will draw a few rectangles onto the screen along with some text on top of that. This example is for use on (Linux) computers that are using CPython with Adafruit Blinka to support CircuitPython libraries. CircuitPython does not support PIL/pillow (python imaging library)!

These libraries are installed and I can run the script without errors.

I do not see anything appear on the screen. In fact, I should probably see a backlight of some sorts when powering the display on, without even running software, but I don't. Both the Pi and the display are working (vendor tested it on Arduino) and are connected with DuPont cables. It was factory soldered, so no cold joints can be assumed.

Perhaps I could test the display simply by executing these commands to rule out other issues:

It is my understanding this would bring the console up on this TFT display. And I would then be able to revert to it being displayed via HDMI via:

Ground is Pin 9 just to make sure :P but yes that +

helped me a lot THX SmuPi

just to give another hint

just be sure you realy added this to the end of the line made the mistake that i added it underneath which is not working.

I've played around with a similar display (see picture below) the last days, maybe this will help.

I connected the Pi4 and the display based on the following article: https://www.xgadget.de/anleitung/2-2-spi-display-ili9341-am-raspberry-betreiben

This resulted in the following wiring:

After that I only had to make the following adjustment (found on https://lallafa.de/blog/2015/03/fbtft-setup-on-modern-raspbian/):

After reboot, the console (Text) was visible on the display. 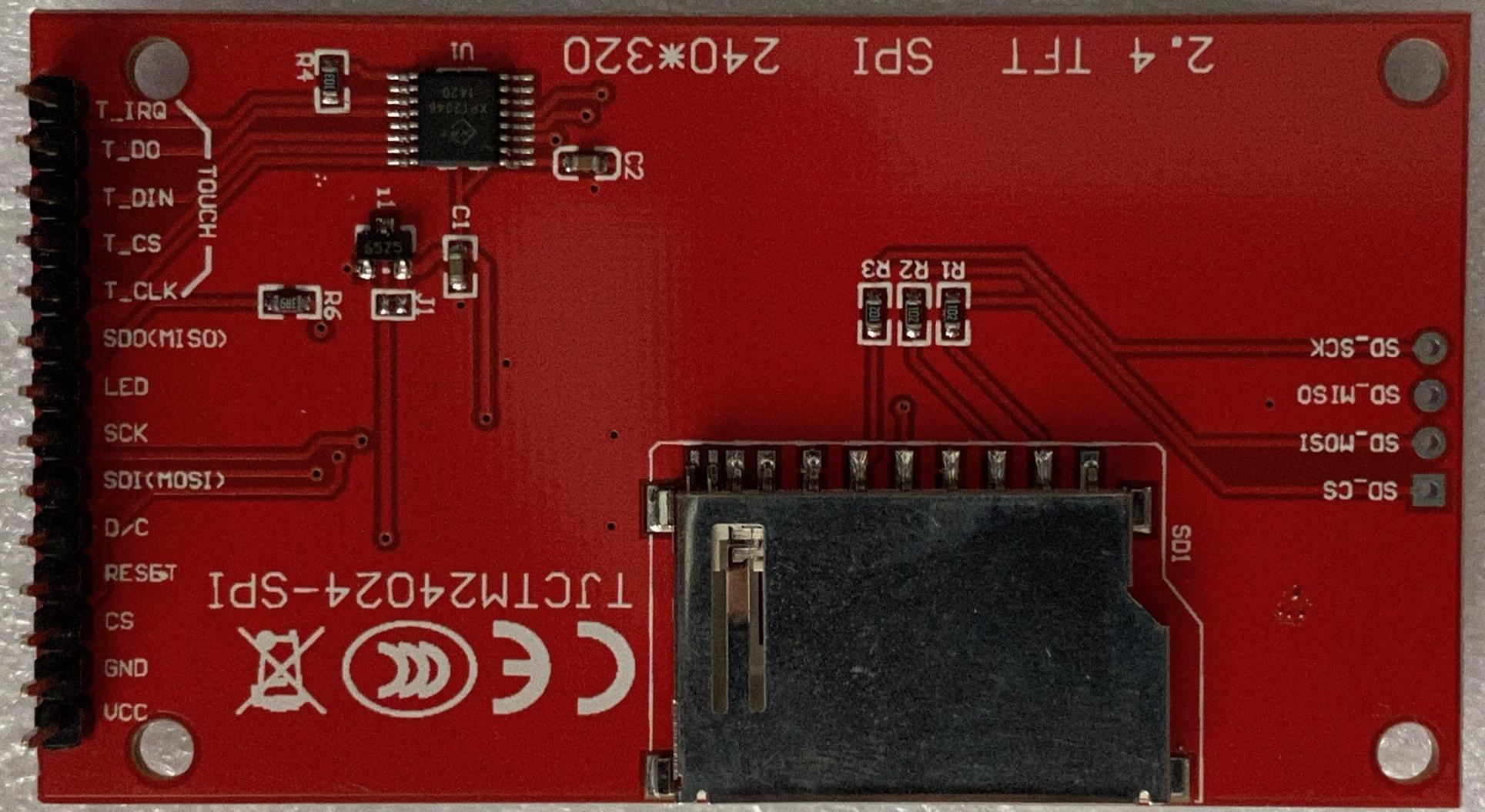 Not the answer you're looking for? Browse other questions tagged display spi or ask your own question.