I'm trying to install a Canon MF4570dw in CUPS on a Raspberry Pi 3, but I can't make it work.
This is what I've tried so far:

1. Install the printer from PPD files 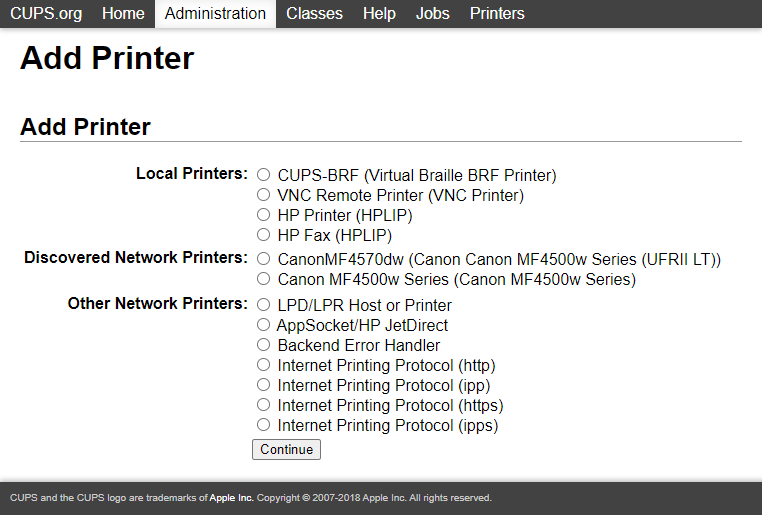 , but on the next screen the printer is not in the list of supported printers so I need to provide a PPD file.
I've tried both of the above files, but when I try to print a test page, nothing is printing.
The printer status seems to be always idle in CUPS.

Extracting the same driver from above I got this \linux-UFRII-drv-v520-usen\32-bit_Driver\Debian\cnrdrvcups-ufr2-us_5.20-1_i386.deb Debian 32 bit driver.
I've tried to install it, but it's companying about libcups2 and libcupsys2

I've tried this answer to enable the i386 packages installation, but I still get has no installation candidate

Installing the dev version of this packages, libcups2-dev and libcupsys2-dev still dont allow me to install the above driver and I still get the same reason.

I've followed this answer and extracted cups-bjnp-2.0.tar.gz, than run the config and make commands, but they don't seem to work under the current Raspbian OS

As suggested by @tttapa the correct configure command is ./configure --prefix=/usr
After this I got a make error

I've solved this, by editing the bjnp-commands.c file and replacing the strncpy by memcpy at line 40 as described in this solution
Then all went well and I was able to add the printer in CUPS admin page with bjnp://:9100, but I'm still asked to chose the printer from the list, and I can't find any MF4500 or MF4570 printer 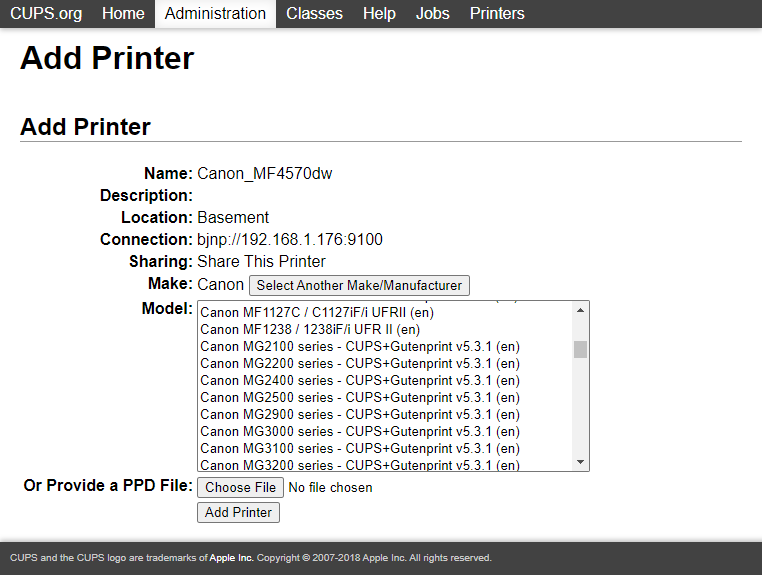 Can you suggest something else, so I can install my printer in CUPS on the RPI3?

Browse other questions tagged pi-3 cups or ask your own question.