I am using Sonic Pi 3.3.1 on my Windows PC and a Python script(Python3.7.2) on my raspberry pi(Raspbian Buster) that detects distance from an HC-SR04-Ultrasonic Sensor .The program then creates a tune with a pitch that ranges higher if the object is further away ,this tune is then sent over OSC to Sonic Pi. External OSC is enabled on my windows PC. I also checked the Port and ip addresses, and they are correct.

I have tested my circuit extensively and I can confidently say this isn't the source of the problem, and that I added it for documentation purposes only at the bottom of my post for anyone who is interrested ,so I will move on.

The problem doesn't seem to be my python code as it logs the correct values and successfully sends the pitch so once again I will move on.

I then Tried this, to test if sonic pi installed correctly and is able to play sound: 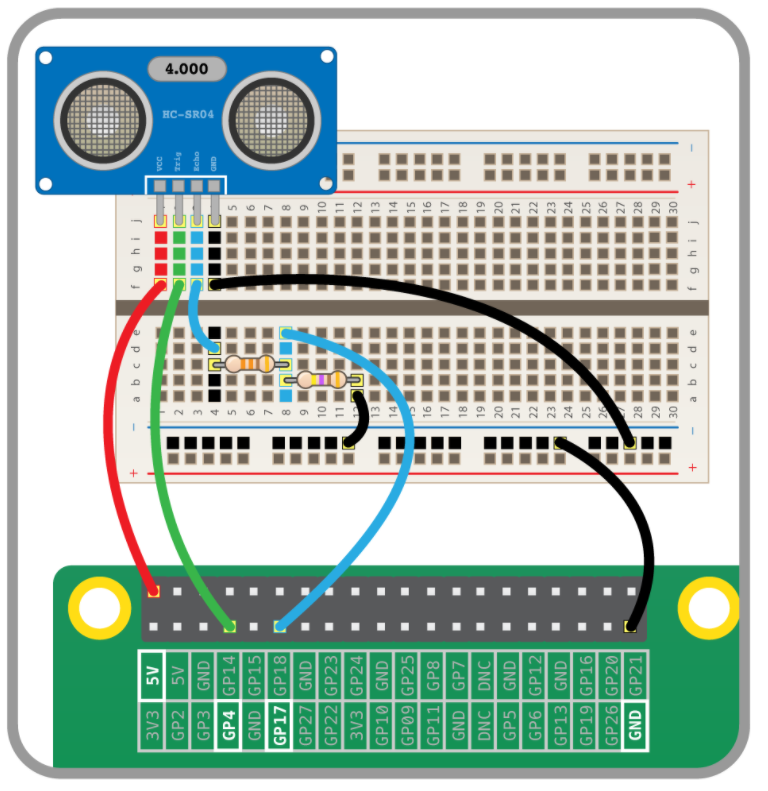 you need to use the cue path as seen in the cue log. So sync /osc:10.0.0.80:56505/play_this. This should have popped up in the autocomplete after the first message was received by Sonic Pi from your Python script.

If you want your sync to work regardless of where the message came from you can use the * sync /osc*/play_this.

Not the answer you're looking for? Browse other questions tagged python pi-4 python-3 sonic-pi or ask your own question.