How to read any connected DS18B20 temperature sensors with C/C++

I'm new to the Raspberry Pi ecosystem so pardon me if I'm talking nonsense. I want to read the temperature data from the connected DS18B20 sensors using C/C++. I followed this schema to connect them: 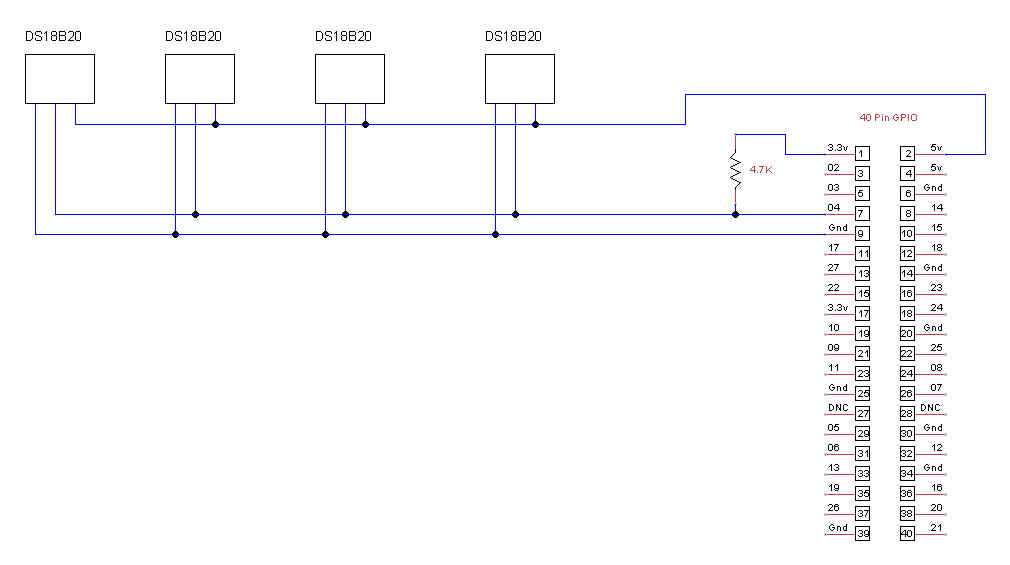 There are a lot of examples how to do it in different languages including C/C++ like:

But most of them seem to use a legacy way of doing things according to linux kernel docs. Official Raspberry Pi documentation says that Programming with GPIO can be done using standard kernel interface via libgpiod. But I have a hard time to find any useful tutorials about how to do that.

So my question is how to read the DS18B20 temperature sensors in a non-legacy (modern) way ? Can someone point me in the right direction ?

I believe the methods presented in those examples are still relevant.

libgpiod is the replacement for the sysfs method of directly talking to the GPIO as a Linux user. I.e. it replaces user functions to read and write individual GPIO and to be told about individual GPIO level changes.

It is not a replacement for all the kernel modules which currently talk to various buses over the GPIO.

In your case the DS18B20 uses the 1-wire bus and the deprecation of the sysfs interface to the GPIO is irrelevant.

Not the answer you're looking for? Browse other questions tagged gpio c++ c ds18b20 libgpiod or ask your own question.