Problem running a Python3 script at startup with lxsessions

I have Raspbian Buster on a RPi4 and I was launching a Python3 based Kivy 2.0 app at startup. Since it is a GUI app that needs networking and bluetooth. The only way to make it work was an executable script with sudo chmod +x myapp.py and add the line @python3 ~/myapp.py to /etc/xdg/lxsession/LXDE-pi/autostart.

Later on I installed Teamviewer and at the startup the app simply does not start any more. I have checked all the LXDE-pi autostarts, configs, desktops, lxpanels, lxsessions, xdges without finding a flaw. The only change I found was teeamviewer added a service in etc/systemd/system. Uninstalling teamviewer did not help.

In $HOME/.config/lxsession/LXDE-pi/desktop.conf the part disable_autostart=no, so it should be fine.

My app launched only using lxsessions/autostart. Other attempts such with rc.local,autostart desktop files, systemd, crontab,init.d and bashrc did not have a positive outcome and I can not consider them as solutions.

Teamviewer is not guilty. I tested with a simple script and lxsessions does run after boot.

The script myapp.py works fine when launched any time except after reboot. After checking /home/pi/.cache/lxsession/LXDE-pi/run.log it seems to be a serial tty port problem. This is the post where I found out about run.log raspberry-pi-autostart-of-lxde-does-not-work.

I suggest you try adding a simple app to your autostart file, e.g. leafpad, just to make sure it is still in use. If Leafpad won't run, you'll have to concentrate on your desktop environment / session configuration. Perhaps checking log files in /home/pi/.cache/lxsession/LXDE-pi will shed some light on the situation.

Otherwise, the problem is in your script. I would replace ~/myapp.py with an absolute path to be sure, and then add some code to it which logs the progress to a file.

When launched my script initializes the serial ports ttyACM*. After failing with lxsession/LXDE-pi/autostart I went to see the lxsession autostart log .cache/lxsesion/LXDE-pi/rpi.log. I found out my script was not able to open the serial port only at startup, right after boot. It was not a matter of permissions or timing. After playing with crontab, bash and lxsession, I removed sudo apt-get purge modemmanager as suggested in the Arduino forum and now my script works as expected.

Although this topic is not new, the autostart problem resurfaced newly again. The fact that Conky was not auto-starting anymore, made me aware of this new issue.
After some unsuccessful efforts by using the latest hints that I found on the web, I tried:

by adding a symlink to a shell-script (see image below) . The script:

Now conky pops up again at boottime. By checking the modification date of the file startstatus can be verified whether the script worked or failed. 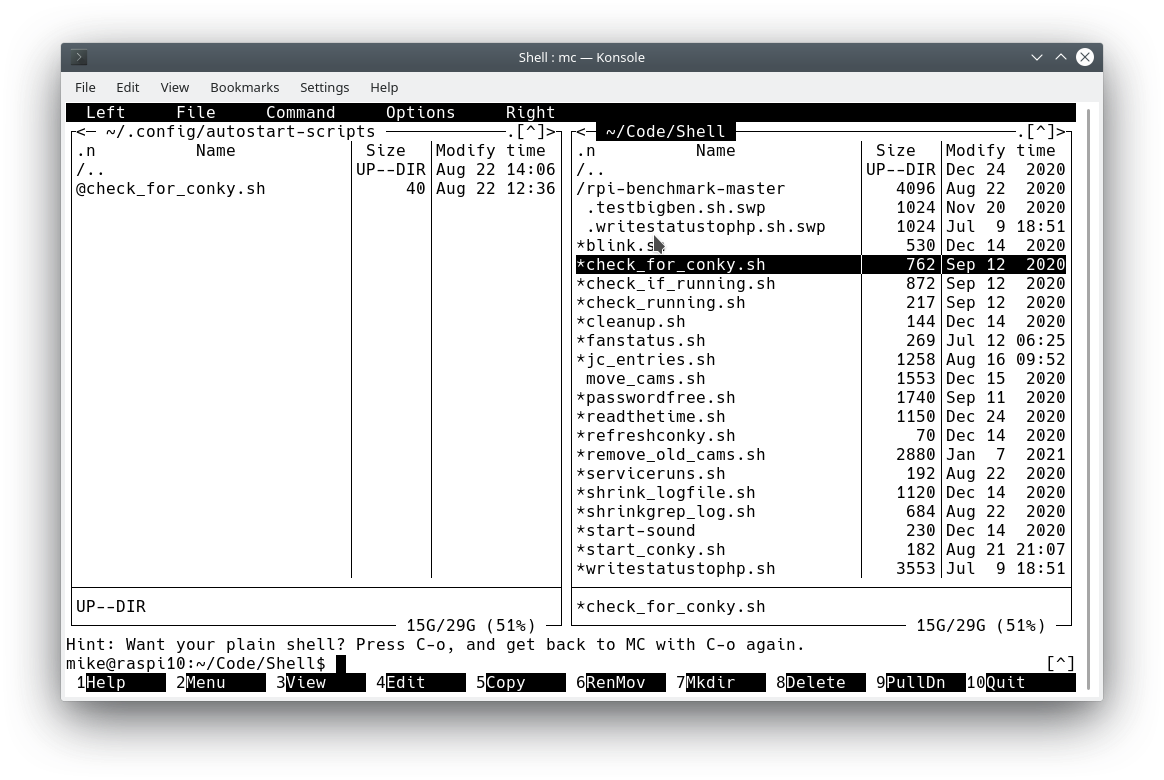 Not the answer you're looking for? Browse other questions tagged boot python-3 lxde lxsession or ask your own question.

2
How to run a script on LXDE startup in Wheezy?
5
Autorun Firefox on startup...grrrrrrr!
1
How to autorun a backround script after LXDE boots up
2
Black Screen after changing .config/lxsession/LXDE-pi/autostart
1
pi tries to launch Python script only when booting to CLI