I have one Pi (3B+ running Buster built from the 'Desktop' image) that we connect to via VNC.

It seems to have developed a lack of respect for the close / resize icons on the window title bar (i.e. no buttons work) and refuses to move windows via a click / drag. Menu options (where available) such as close window etc work fine and all other mouse actions work (click / drag inside applications etc)

From what I can see, the title bar layout has been 'tweaked' to match closer to the Mac desktop: 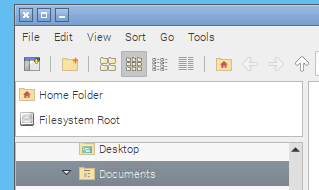 but cannot find any notes why / how (or who grrrr) and I'm loath to rebuild this machine if needed as its an MQTT / Node-Red gateway and down time is hard to get for a 'cosmetic' change as this - desktop application changes are fine as long as they do not need a reboot but I may not get away with the desktop re-install :-)

I've not been able to get a monitor / mouse on site yet to see if its VNC not activating the buttons (given its 5-6 foot in the air that's would be 'fun' - cost a fair bit in time) and may not prove anything.

The Qt5 Settings program shows the icons on the right: 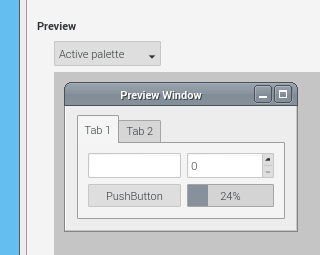 AND reports the layout is in Windows style:

But Openbox shows the change:

Given this is a bit of a muddle - I'm loath to start 'tweaking' in the OpenBox set up and if complex we can live with the menu options (desktop access is very very rare on this) but would like to re-enable these controls...

Given most of us are Mac users, the muscle memory is to go left for the icons and then swear when they do not work so I was wondering if anyone had ideas why the icons in the titles are not responding or the best way to 'correct' this odd layout?

The GUI is a series of kludges which only support the (Windows oriented?) options Simon Long uses. It is poorly implemented, not documented and not configurable.

(Unfortunately this is one of many dhcpcd, PIXEL and the current PulseAudio).

See https://www.raspberrypi.org/forums/viewtopic.php?f=66&t=229080&hilit=openbox for some discussion of this.

If you have customised it executing Appearance Settings/Default will clobber your settings and the openbox tool doesn't work.

The good news is that it can be manually configured.

Changing the following gives an approximation of the Mac controls.

-1
How to use lxde-pi.rc.xml file correctly?