I'm trying to figure out my first RaspberryPi (3B+) project, where I'm going to manage 3-4 White LED Strips with following specifics for a single one:

I'm trying to avoid the "hard way" for the moment (not for lazyness; I want to start gradually), so I would like to avoid any DIY electrical circuitry (if not absolutely mandatory), but I'm trying to find a specific dimmer/multi-dimmer module to manage the LEDs:

Can you help me to find such a module or is it just "a dream" and I need to dirty my hands :) ? In this case ... could you suggest to me a feasible solution or explanation?

Thanks a lot for your help and sorry if I have not provided all requested info.

It would be nice to start easy with a cheap module, and later do a DIY project using ICs to assemble one's own module which would hopefully be more flexible for newbies' general understanding and applications.

The OP seems to have already done a lot of research, and come up with a very detailed specification. I found his requirements a bit too tight or specific, so I have taken liberty to modify it to become more flexible and newbie friendly. The modified requirements are summarized below.

I googled and found that PT4115E based constant current LED driver module and IC best suited the OP's general requirements, except one thing the Vcc max is only 30V. 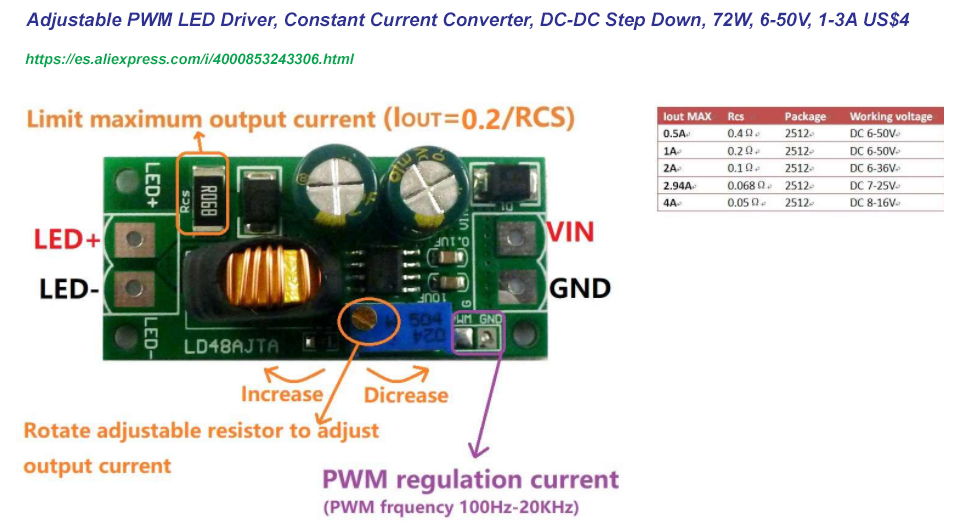 The modules's user manual is a bit too brief. So we need to study the datasheet to get a thorough understanding of the driver IC, before we can DIY our own module using the chip. Another important reason is that the modules seem to use jumpers to change the module characteristics. It would be nice if we can use Rpi Thonny Python to software adjust all the parameters, such as dimming, fading in out (using not just PWM, but also a DC voltage level, which hopefully reduces flickering), and maximum current control etc.

I would prefer DC level dimming over PWM for less brightness flickering.

(5.1) Now I am drafting a plan to test the PT4115E LED driver card. The OP's requirement is a dimming a couple of white 350mA LED stripes with 40V, 14W power. I have no experience in using PWM to dim LEDs. So I am thinking of making things as simple as possible. The test plan is summarized below.

The testing plan is summarized below:

So I tore down a cheapy 200VAC LED to do the testing. I found the power electronics circuit has stepped down 200VAC to 39VDC, as show below.

I tested another 12VDC white LED strips and found everything, including PWM dimming OK. 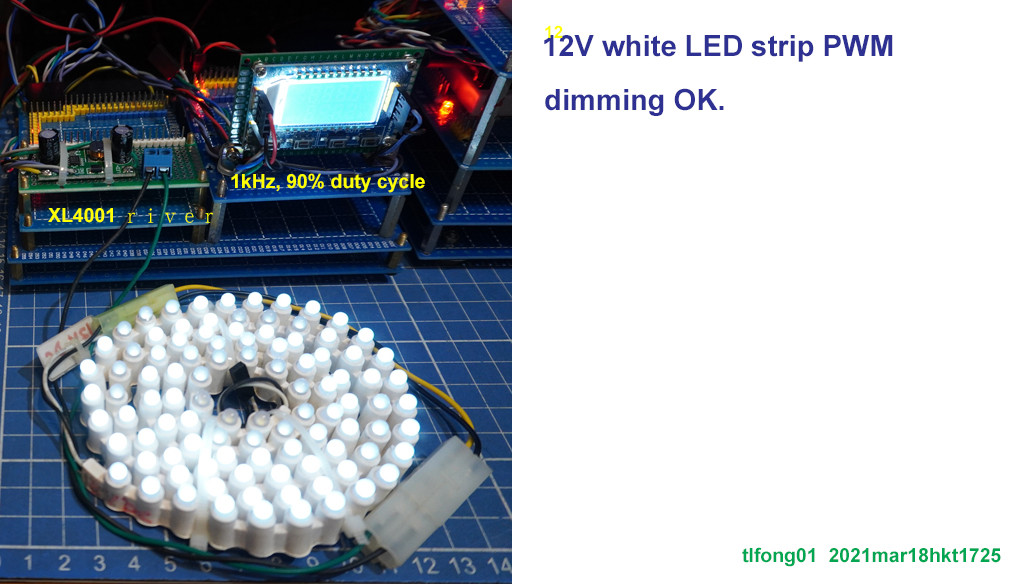 Now I am testing RGB LEDs, with different frequencies and duty cycles. I found 1kHz and 10kHz make no difference. I also found that

(a) the cheapy XY sig gen has a too low resolution of duty cycle of only (The photo below shows frequency = 10kHz and duty cycle = 97%), and

(b) the brightness of the LED could nto be easily adjusted at the 1% end (actually 99% setting).

So I am thinking of using Rpi's GPIO pin in output PWM mode to adjust the LED's brightness. 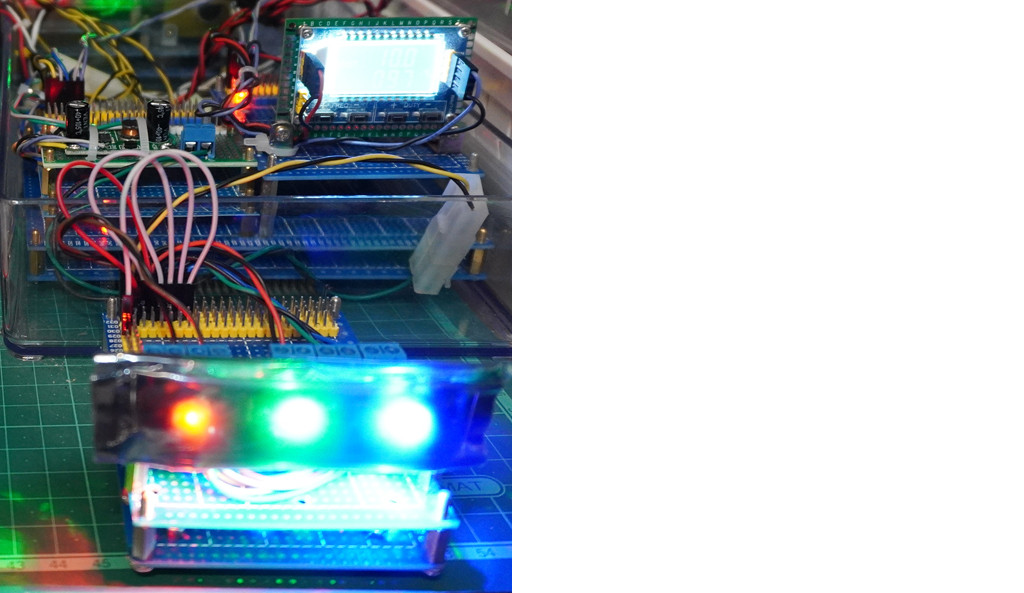 (19) How to use Rpi python GPIO pins in PWM output mode to create PWM signals? 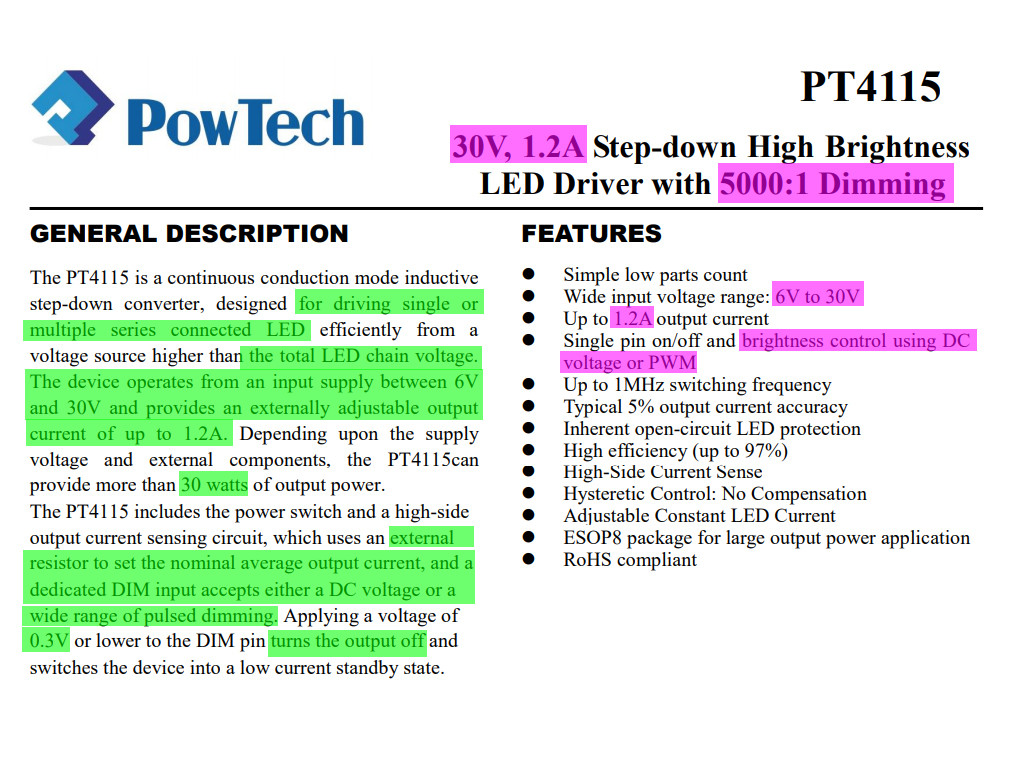 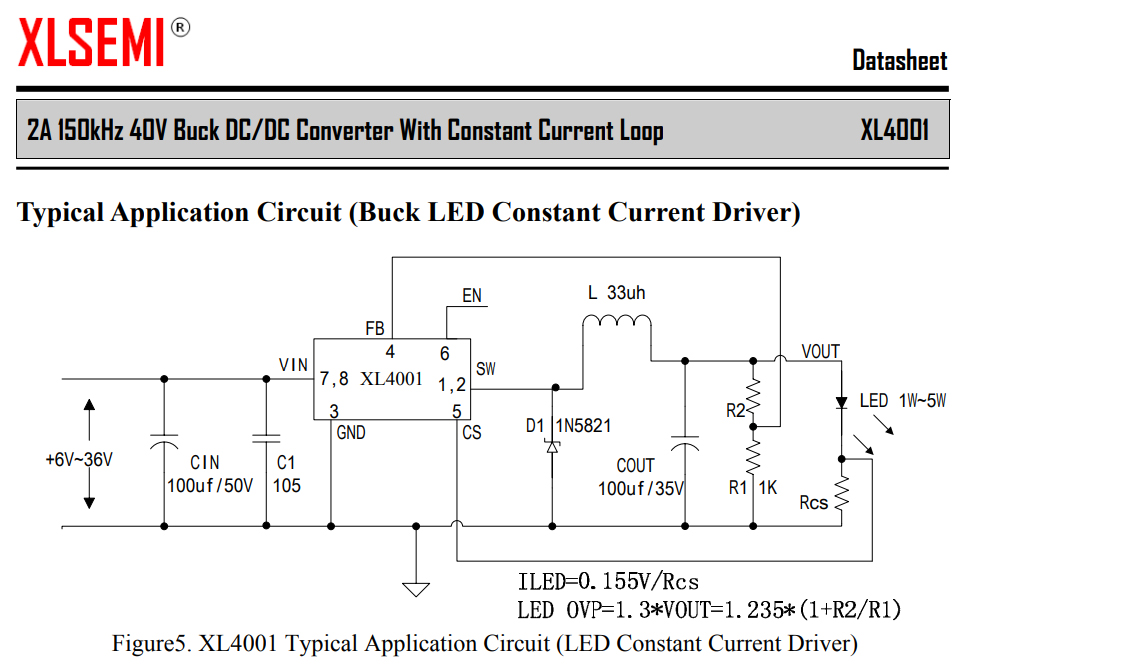 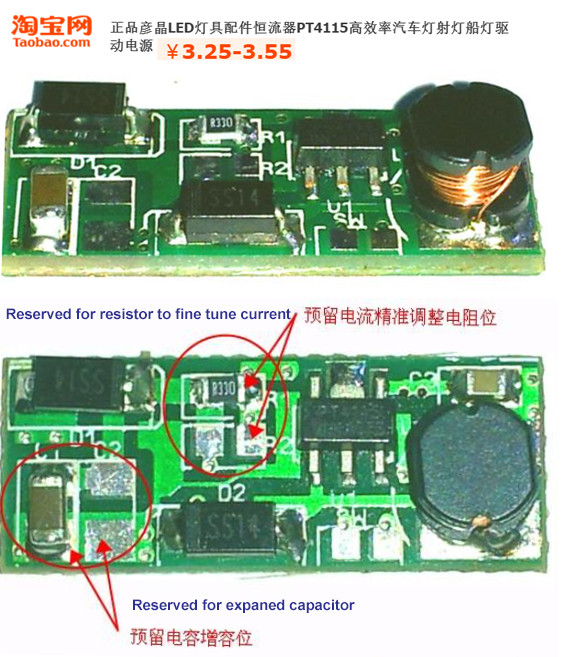 1
How to use Rpi python GPIO pins in PWM output mode to create PWM signals?
1
How can Rpi4B python UART talk to XY PWM Signal Generators?
1
Control single-light LED strip 24v with Raspberry pi and mosfet
1
How can Rpi move a Servo motor using a GPIO pin in PWM mode?

2
Power LED is very dim on RPi B+
7
Which addressable RGB LED strips are beginner friendly and Raspberry Pi friendly?
1
extend the current for PWM LED Control
3
Help lighting LED via GPIO pins
0
3 PWM pins for RGB LED
3
How to control 12V LED with the GPIO?