How do I interface 3.3 volt devices like (MCP4725 - DAC, A4989 - stepper controller, etc) to raspberry pi WITHOUT using its internal 3.3V power supply

I want to connect MCP4725 breakout to Rpi. The datasheet of MCP4725 says that "the SDA and SCL pins are open drain N channel drivers. Therefore they need pull-up resistors from the Vdd line." The raspberry pi pins 3,5 have their own pull-ups so i must connect them directly to the SDA and SCL pins of the MCP4725 (by cutting the traces on the breakout to disconnect the pull-ups on the breakout). But these means that I have to power the MCP4725 using the internal 3.3V supply of raspberry pi. I don't like doing this since I would like to connect many 3.3V devices to Rpi, and I don't want to load the pi's internal power supply. I want to connect these devices using external 3.3 volt power supply. I don't know how to keep this external power supply from interfering with the pi's internal one. Please advice.

I don't see how disabling pullups would cause any problems.

In general you can access an I²C device powered by 5V provided there are no pullup to 5V.

How much current do these unnamed devices use?

I doubt it would exceed the ~800mA the Pi can safely supply.

I would suggest the following workaround:

Appendix A - How to remove the on board pullups of an I2C device breakout module. 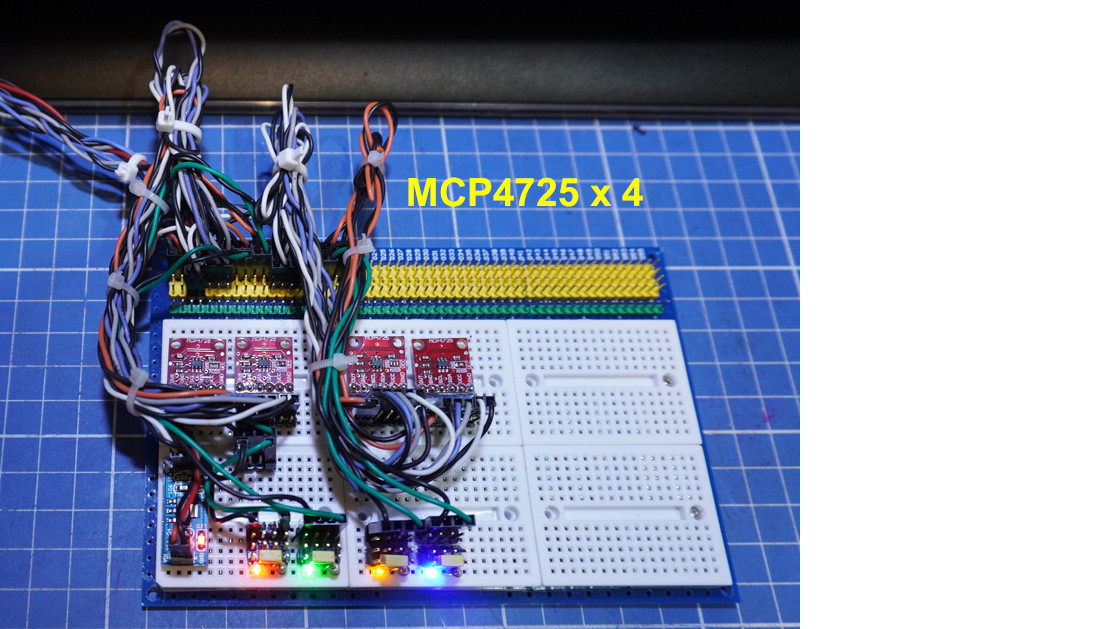 Not the answer you're looking for? Browse other questions tagged i2c power-supply or ask your own question.

1
MPU-6050 is not being detected by Raspberry Pi
0
Adafruit servo hat connections
2
Supply 3.3V via GPIO header (Pi3)
0
Changing i2c sda1/slc1 Pin
1
How to control LEDs connected to the raspberry pi via I²C
19
Can I power a Pi through a 5V pin?
1
Supply 3.3V sensors using GPIO pins