I'm trying to control a single WS2812b LED strip from a Raspberry Pi. I've followed this tutorial from raspberrypi.com (with the exception of Prep & Installation step 4, because I couldn't find snd-blacklist.conf).

That didn't work, so I also tried this tutorial (which involved adding a Logic Level converter), and when that didn't improve things, a few other tutorials/videos, all to no avail.

The first tutorial got the closest. It had me use this github library, where I eventually ran strandtest.py. It appeared to partially work, but not entirely. I wasn't sure (and I'm still not) if this is a hardware or software issue, so I reduced the code to the minimum possible where it still turns on at least one LED.

Yes, those nested loops are necessary. Simplifying to something like this without loops doesn't turn on any LEDs at all:

When I run that code (the first block), this is what happens: https://youtu.be/nzMCeyBNY50

Every time I run the code, I wait a few seconds, and eventually some LEDs turn on. It's different every time: sometimes a couple turn on, sometimes all of them, sometimes they turn off again for a little bit as it keeps running, etc. This was true even before I switched to using the Logic Level converter from the second tutorial, and happens the same way even if I run the original strandtest.py.

I've followed this schematic from the second tutorial linked above. Note that I'm powering 14 LEDs currently (but would like to do the full strip in the future). Also, this schematic shows the power for the LEDs running through the breadboard, but I've soldered the red power+ directly instead. 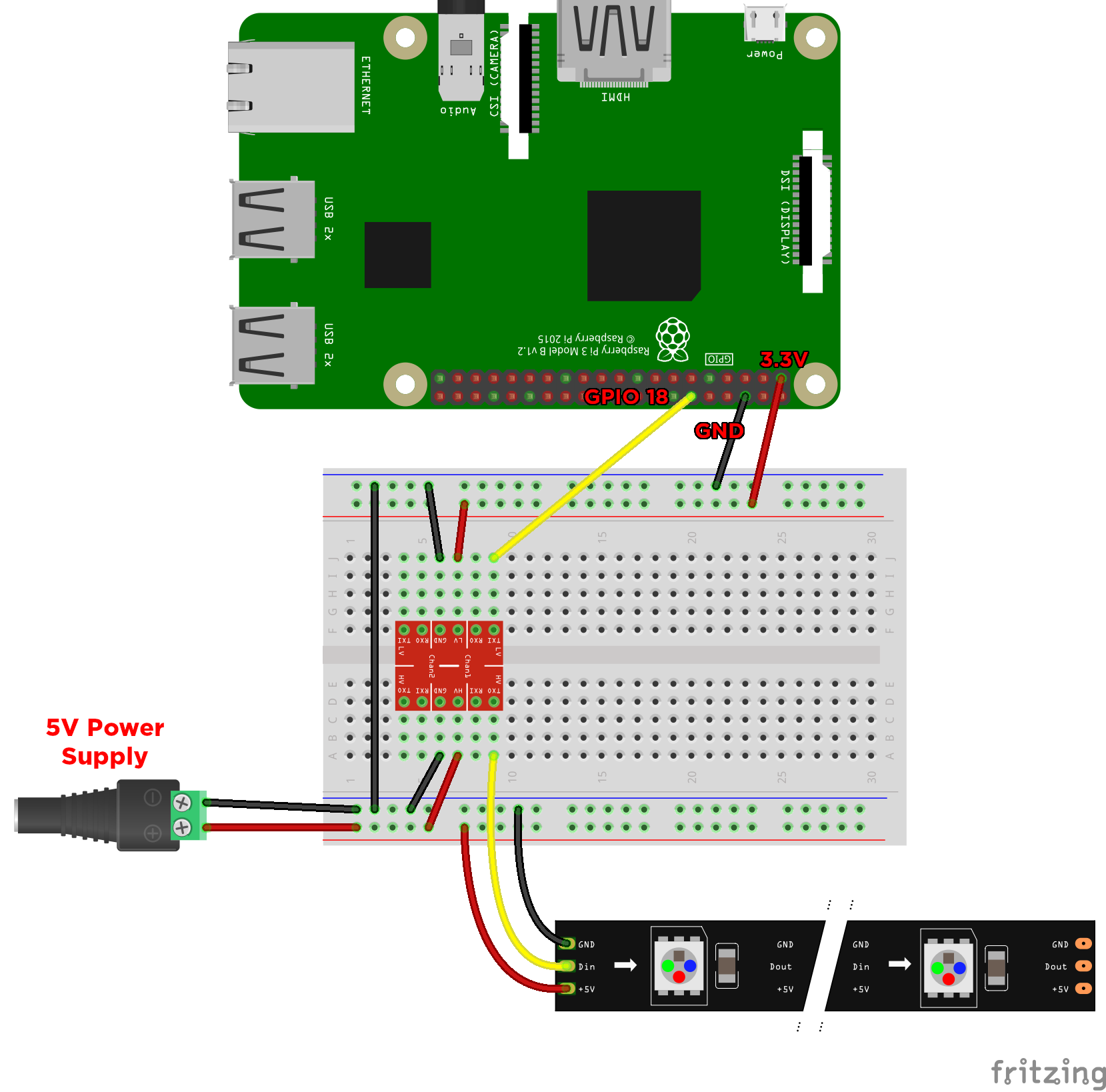 I had exactly this same problem.

If /etc/modprobe.d/snd-blacklist.conf does not exist, you need to create it and add the following line

You may also need to add/uncomment the following from /boot/config.txt

Don't forget to reboot and all should work nicely.

Not the answer you're looking for? Browse other questions tagged gpio pi-3b+ rpi.gpio led ws2812 or ask your own question.