I'm trying to create a NAS that I can just power off a single 12v power supply. I'm using the RPi CM4 because I have the PCIE Gen 2 that I can run a SATA controller off of.

Option A) My initial thought was that I could use the Ext PSU port to power the harddrives but then realized that I'd need to supply probably around 100W and I imagine that port (and the pi) probably can't handle that. However, I wasn't able to find specifications on max output for that port.

Option B) My next idea was that I could run a 12V power in. Distribute that to the CM4, SATA power, and a 12v to 5v buck converter for SATA power as well. It seems like harddrives don't really need 3.3v anymore so that's why I haven't included that. However, obviously I'm no electronics engineer and I wasn't sure if there was anything special about SATA power that I just couldn't find in research. If it does just need that 12v, 5v, and ground it should theoretically work though right?

I've included a drawing to illustrate what I mean so that it's easier to understand with my poor descriptions. I'd appreciate any input that I could get. If option A would actually work then I'd prefer that as it'd be simpler. However, option B is better then I'm willing to give it a try. If neither would actually work though, then that's why I'm asking for some assistance from someone who would know better than me! 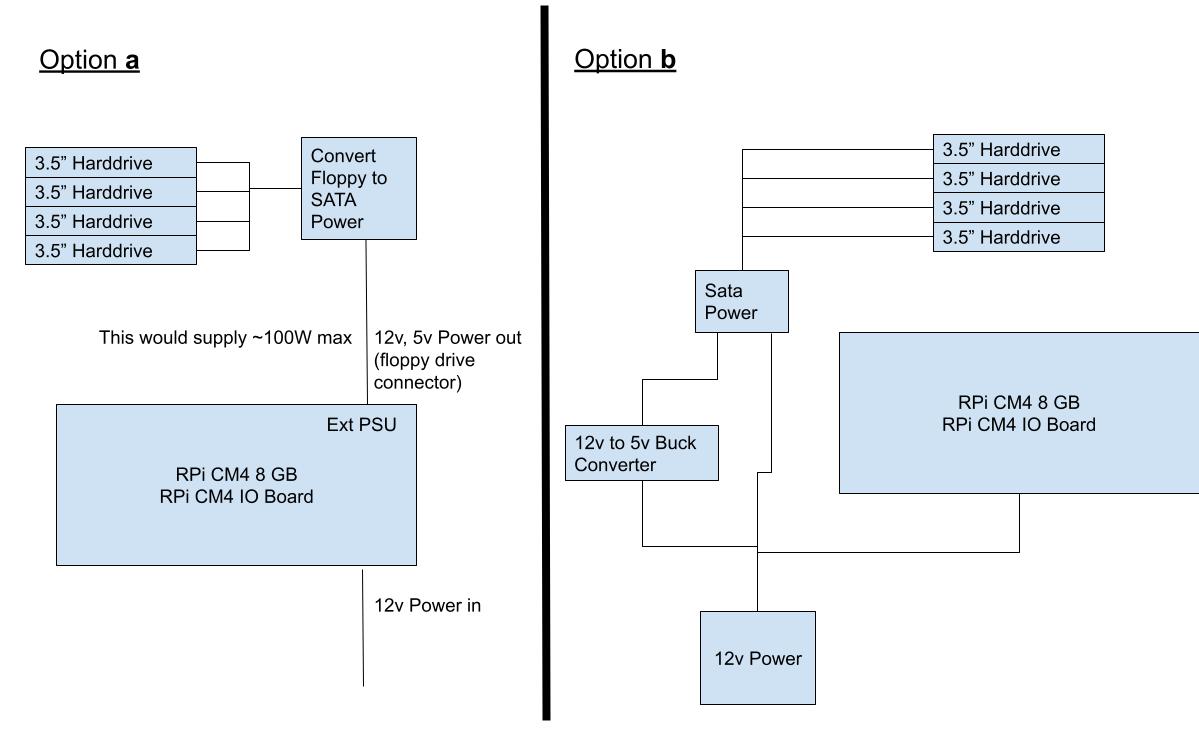 Browse other questions tagged power storage alternative-power compute-module or ask your own question.