I'm not sure if this is standard behaviour or whether I'm doing something wrong.

I wanted to have a pizerow operating remotely on my roof without the need to bring electricity there. The plan was to use a solar panel (https://www.waveshare.com/solar-panel-6v-5w.htm) , a solar panel controller (https://www.waveshare.com/solar-power-manager.htm) and a battery to power up the pi. My hope was that the battery recharged by the sun during the day would have been enough to overcome the hours without light. 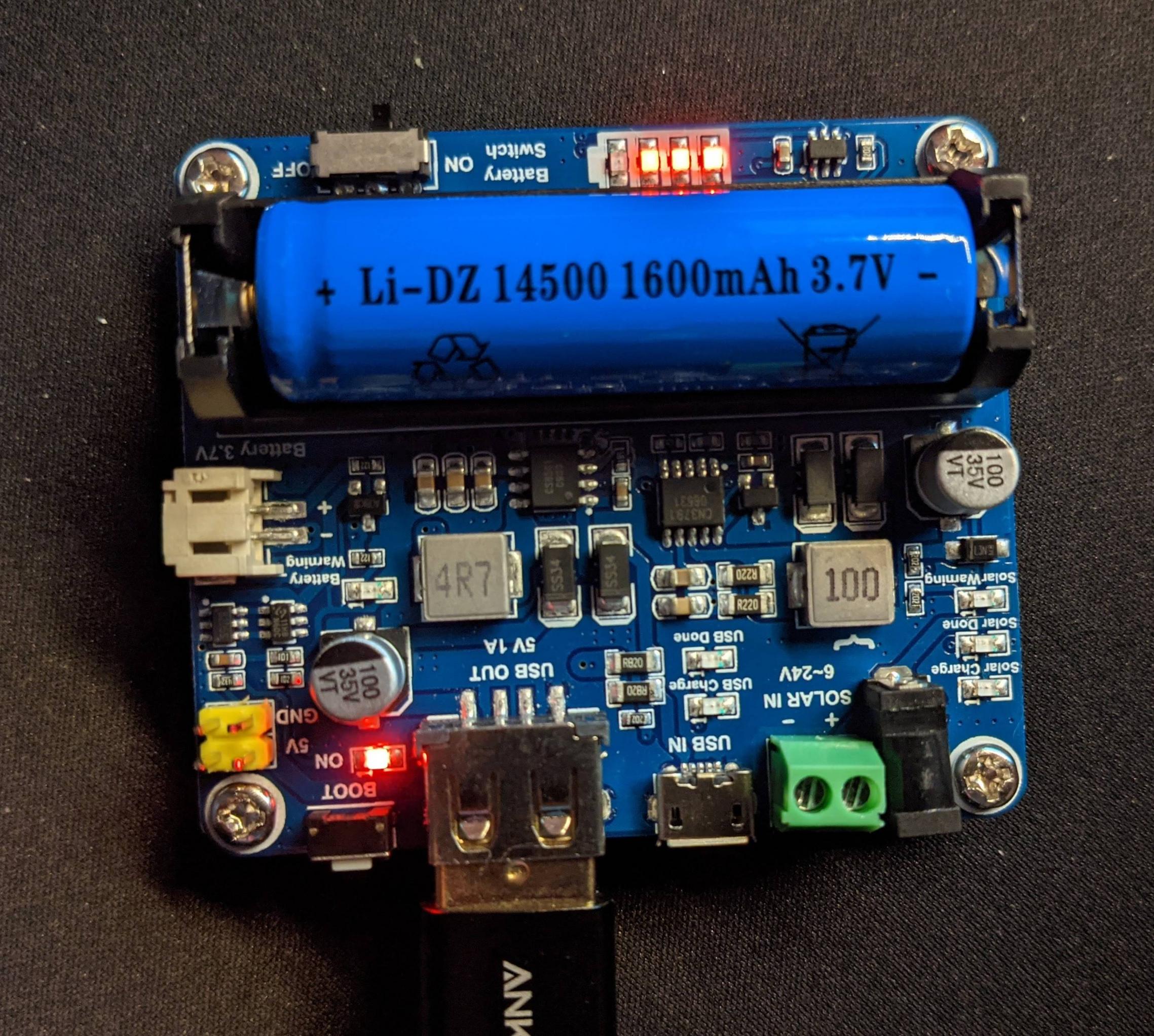 Unfortunately after just 2 minutes the battery slowly dies. I understand the pizerow is under load but is it really normal to have the battery die so early? My understanding is that, even under load, the consumption should be about 400-500 mA which does not really justify such a short life span. Or maybe is the battery just dead?

These are figures are rounded extremely and give only a very rough approximation.

About 3 hours is clearly more than your 2 minutes. This means that "something is wrong", which may very well be a dead battery.

Not the answer you're looking for? Browse other questions tagged pi-zero-w or ask your own question.

1
Smallest battery that can run the raspberry pi zero w for a short amount of time
0
Raspbery Pi Zero W weird delay after sitting idle for 10 minutes
0
Turn off automatically every few days
0
Is it safe to use this battery with the Raspberry Pi Zero?
3
What is eating up my data?