So I am looking to build a system that will have around 400-500 input buttons. These buttons are basically used to select an option so only 1 button will ever be activated at any given time.

Below is a rough mock-up of a circuit I have designed that will allow the buttons to work like a binary input to the pi's GPIO pins.

By this I mean;

If you press button 3 below GPIO 1 & GPIO 2 will be activated. So when I read in the 4 GPIO pin states in the Pi I would see: 0011 which when converted to decimal will give 3.

The circuit allows for 8 inputs, but I have worked out that if I repeat the circuit 7 times and then link them into a further circuit I can build a chain of these to give a total of 512 buttons using 10 GPIO pins. I have made an excel file to simulate the connections and check it calculates out correctly. I would upload this but it's on my work pc.

Where I am looking for advice/help is;

Hopefully this is better written than my original & I apologise for the poorly written original & delayed rewrite. Work this week has been a killer so my mind wasn't in the best state. 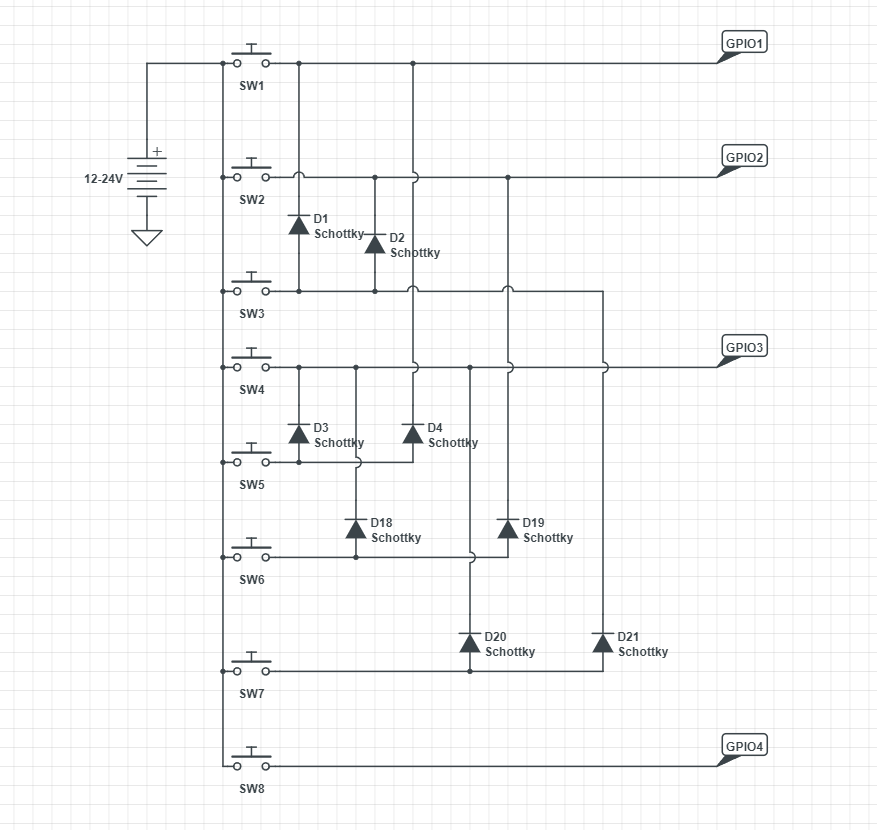 Further details on what I mean by combining to get up to 512 buttons. I would use break out boards like this; 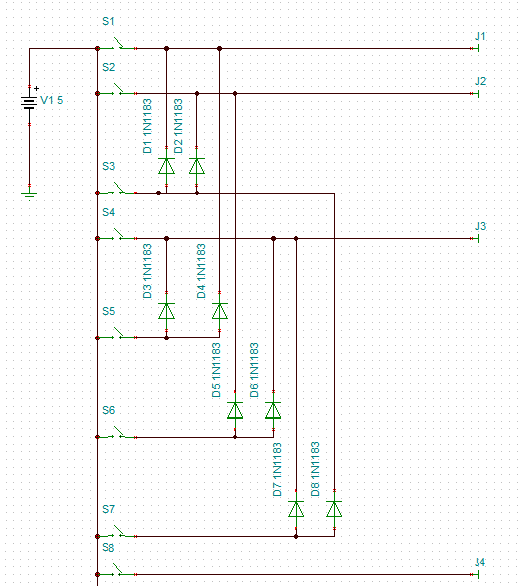 Boards 2 to 7 (giving up to 64 buttons). The J numbers would continue counting on each subsequent board; 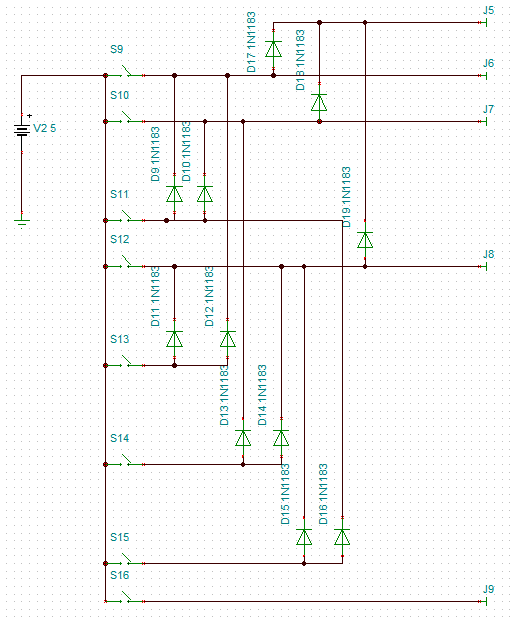 All of the above 8 boards would then feed into this board (linked on the J numbers); 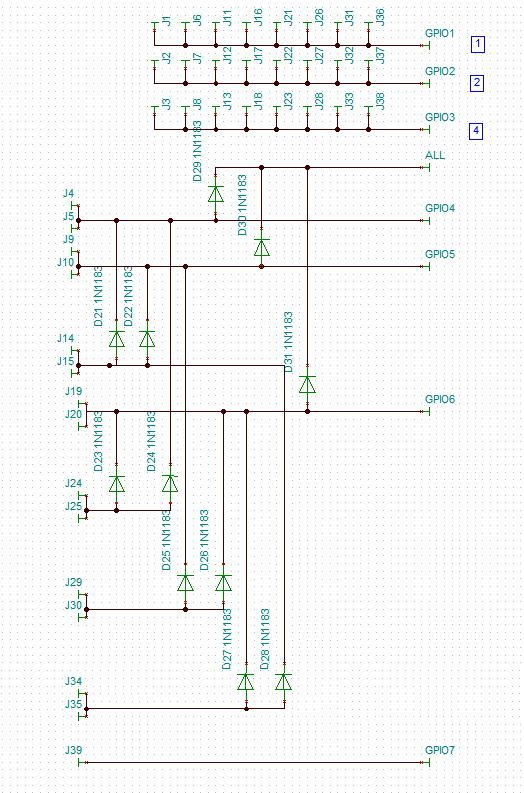 The All pin would then be used if more inputs are needed and further joiner boards are added to the chain (in the same way J5 is used). To add further in the chain you would use the joiner board but add another 3 rows (same as those being used for GPIO1 to 3) for GPIO 4 to 6. The diode structure would then start on GPIO 7. The GPIO 7 on the first joiner board would become a jumper the same as J9

This isn't an answer; it's more of a guess as to the question you are trying to ask. You can copy the schematic below into your question & modify it using the schematic editor to better reflect your idea/question.

I am guessing that you want something along the lines of a button-press that creates a logic HIGH input to a GPIO, and a wired-OR to connect 2 GPIO inputs (that from your mention of a diode)???

Have you considered what happens when (not if) someone pushes two or more buttons simultaneously?

I think a row/column matrix would be easier with each button connecting one row and one column. The Pi would assert the row lines in turn then scan to see if any of the column lines are active. Because at any given time only one row/column pair is being checked multiple button-presses might not be an issue. With a hardware latch you could use your GPIO pins to write to the rows then use the same pins to read the columns.

It's usually easier to fix software bugs than hardware ones.

2
Unable to read from SDA/SCL as GPIO
15
GPIO: Why wire button to ground rather than +3.3v?
2
Arcade buttons on GPIO, multiple buttons on the same ground pin
0
"Activating" a button upon other buttons being pressed
1
Help with Wiring Multiple HATs to GPIO
2
What is the easist way to connect a switch button to the GPIO pins?
1
Use internal pull up resistors with the gpio-keys module in the device-tree
1
Wiring GPIO pins to press hardware button on USB MOUSE