How do I get simple lighting inside a case for my Raspberry Pi?

I'm new to the RPi. I'm looking to put a light inside my RPi case for a glow effect. But since I'm not an electronics guy, I have no idea what kind of an LED I can use and where to put it inside the RPi. I believe it would be put somewhere on the GPIO port and since that's a little away from the center, the LED will have to be powerful enough to shine through and light up the whole of the inside. :idea:

Also - I don't want to permanently use up the GPIO port for the in-case lighting. I only need to draw power from it, so I can connect another add-on later on when I want to.

Any recommendations on how I can go about doing this? What kind of LED light I should ask for and where do I fix it?

I looked at the PiGlow. This is interesting, even though it would be a bit of an overkill for whatever use I have in mind. About $15 is a bit much, so I was wondering if there are any single-purpose, lower cost alternatives. I don't even know what to look for. 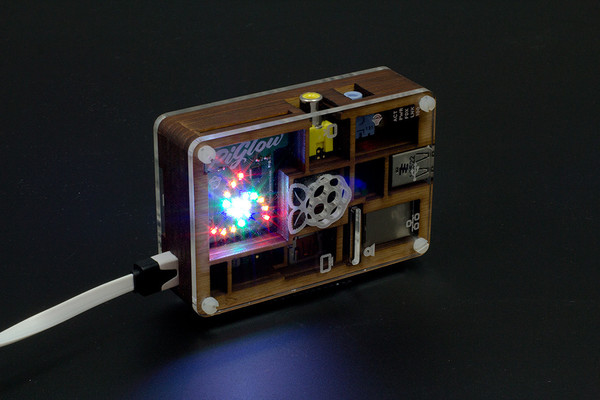 I also found this starter kit on eBay (http://www.ebay.com/itm/121251111290) which seems to have the LEDs, switches, wires and also a breadboard for some slightly more advanced stuff. 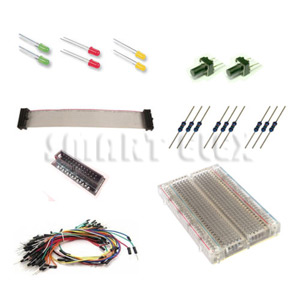 This is the next step for me, but I just want to start with the basic light only. 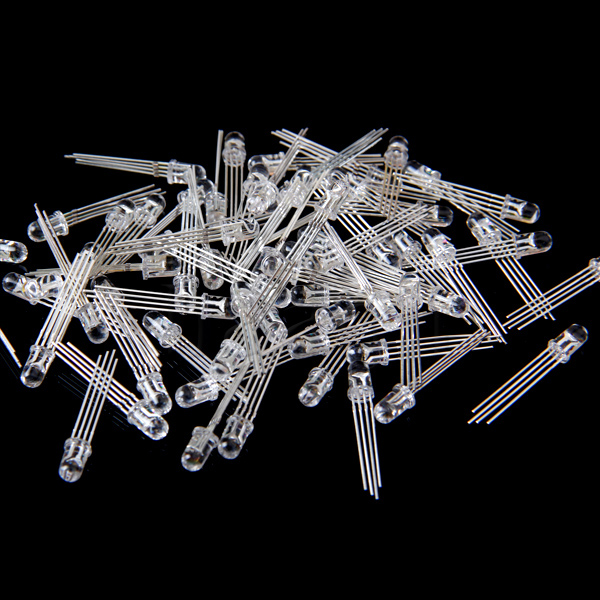 If I get a couple of these, will I be able to get them to work directly with the RPi, or will I need to use some breadboard type stuff? Since all I want is an in-case light when the RPi is turned on and no user control or anything, I wonder if I can use it directly.

In your GPIO connector you have lots of ports to use. You have your GPIO ports that you manager from the PI, and you want to keep for your future projects. But you also have a simple +5V output and a ground (GND). This two little guys have a current going through them all the time the PI is on so, connecting a led here will light it up as long as your pi is running.

To connect a LED you need to add a resistor in series to it. The schema will be as simple as :

Please notice that the LEDs have polarity and they will only work when connected in the correct direction (connecting them backwards WONT damage anything so, no worries)

About the LED themselves.

Here is a tutorial that uses the 3.3V pins instead of the 5V. I chose this one so you can see another example of how the resistance is calculated.

To get lighting inside your case, you're going to need an LED, a resistor and some wires to connect it together.

Your main restricting factor will be the amount of space left inside the case once you've put the Pi in. Doing any sort of breadboarding is not going to be an option as the board itself takes up a great deal of room - even the smallest size breadboard is going to be too thick, plus the wires will project out of your GPIO pins too high. About the only option you've got for doing it yourself would be to solder wires directly onto the GPIO pins, add an inline resistor and then the LED.

While it's always worthwhile learning to wire things up yourself, it's nice to have an inexpensive packaged product sometimes. You might be interested in the $7 Pimoroni Blinkt from the same company. It provides 7 individually-addressable RGB LEDs.

Not the answer you're looking for? Browse other questions tagged gpio led case or ask your own question.