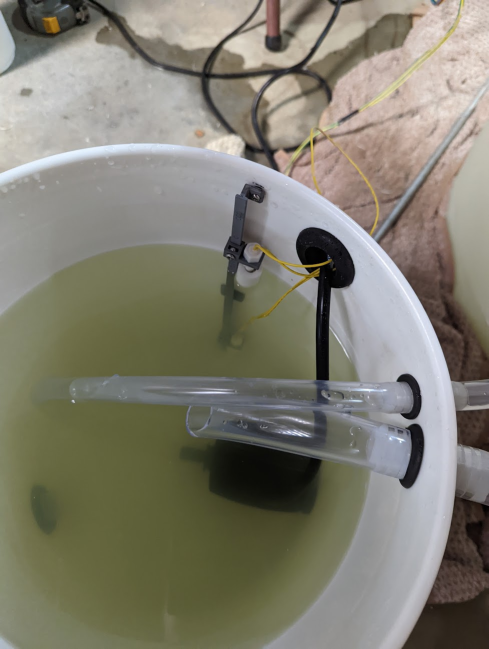 (that's nutrient water, it's got electrolytes that plants crave) 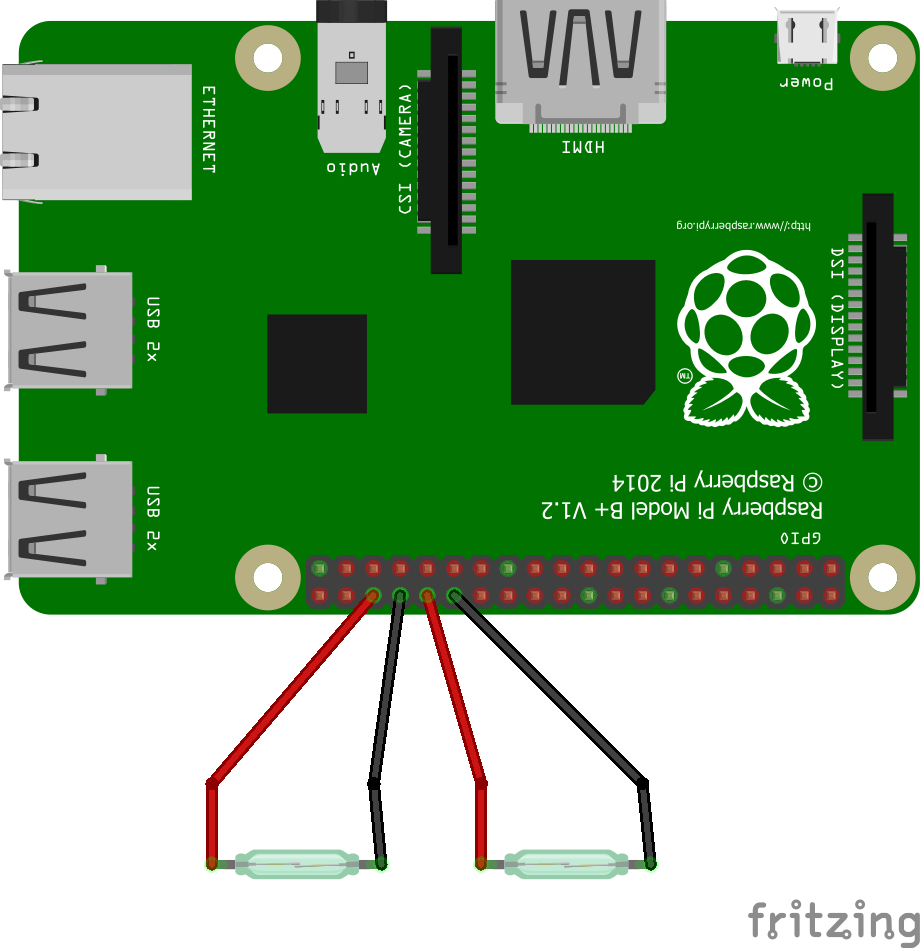 I'm using raspberry pi's internal pull-up resistors on those gpio pins that go from the pi to the switch to gnd. I think they're like 50k ohm? That's what people online say, the datasheet is does not specify. Pi gpios are 3.3V rated.

So the pullup resistor basically connects internally such that when the switch breaks the circuit (open), the internal resistor is overcome and the pin reads as 1. When circuit is closed, current flows through the switch into gnd, so the pin will read 0 to the pi.

The submerged (bottom) switch gpio keeps frying no matter what gpio I use after a few days. (confirmed to fail tests with pigpio ./gpiotest, all pins were passing tests before the project). This is the second pin fried in a week and it seems to happen after a few days of stable usage. The top one has been fine for 2 weeks and counting. The only thing I can think of is the bottom switch is submerged and therefore open more often which would mean the current is flowing internal in the pi a lot? Meanwhile the top sensor is closed to gnd more often? Could leaving an open gpio in pullup mode for a while really just fry it? Is the wire picking up stray signals? Electrostatic? I have no clue why these pins are frying. Would a short with the water even do anything?

This is not really a Pi question.

You are ignoring most of the environment - what else is connected; I assume the solution is connected to some kind of pump and is conductive - this is almost certainly causing spurious voltages and your Pi GPIO are TOTALLY UNPROTECTED.

If you want to do something like this in a hostile environment it should be totally waterproof.

The other issue is that you have connected long antennae to your GPIO (you don't say how long the wires are) so they will pickup any EM interference going. Internal pullups are OK for short connections adjacent to the Pi. Use low impedance pullup like 470Ω.

The current flow 66µA is negligible - probably not enough to "wet" the contacts (unless they are gold plated) and would not be a problem.

PS I am sure the typical 50KΩ is specified, but in any event is simple to measure - just connect a 50kΩ to the GPIO and measure voltage then calculate.

NOTE If I was going to do something like this I would ensure it was galvanically isolated e.g. with an opto isolator but this requires some other source of power.

You likely have another power supply in your system (for the pumps, etc.) and it's likely much higher voltage than 3.3V. You need to make sure there's no way for the current to go from this power supply into the Pi GPIO, which is a non-trivial task in a wet environment.

If you have a multi-meter, switch everything off (keep the water in the bucket) and measure the resistance between the Pi GPIO that you use and the places where the high voltage could go, like positive supply wires or pump terminals. Ideally it should be > 1MOhm between any two points. If this is not the case, you need to make your wiring more water-proof.

I will take a SWAG: You have no protection on the GPIO pins which is bad especially with the long wires connected to them. The leds are close to the motor power leds which are great radiators of electrical noise. They are open and acting like good antennas especially when the switches are open. The GPIO pins have protection on the processor but that protection is limited. I would expect each time the motor cycles huge transients are coupled into the Pi. I am surprised it kept running without glitching. I do not know what is what with your frizzy picture but you must have pull up or down on the GPIO pins for this type of application, that will lower the impedance partially quenching the transient. Even better would be galvanic isolation from the contents of the reservoir. Also add something in the range of 1K - 40K in series with the GPIO pin at the Pi, this will help protect the internal protection diodes which appears you may have blown.

Not the answer you're looking for? Browse other questions tagged gpio pi-4 sensor pigpio rip or ask your own question.

7
Status of DNC (Do Not Connect) GPIO pins in Rev1?
5
Do I need a current limiting resistor in series with a magnetic door sensor?
10
Reed switch wiring
2
How to control 12V DC motor with a NPN transistor, a GPIO pin and a 12 V DC power supply
2
Why does my circuit keep burning out Raspberry Pi pins?
0
What is the proper way to debounce a GPIO input?