How to use photoelectronic sensor (keyence PZ2-42) with Raspberry Pi

I want to use the photoelectronic with the Raspberry Pi for a micromouse maze. 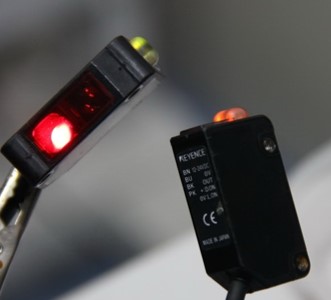 Using sensors to detect the presence of micromouse at specific locations. I was given all this from my father since he's very into robotics but doesn't have time to help me since he's always~ busy but I do find it interesting. My friends and I usually do all kinds of things with the Raspberry Pi but first time with sensors and we're stuck. 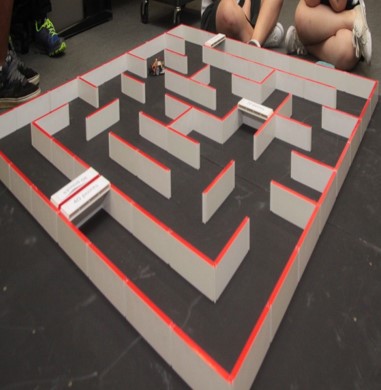 The sensor will be placed under the white plastic,overall i'm expecting it to look like this: 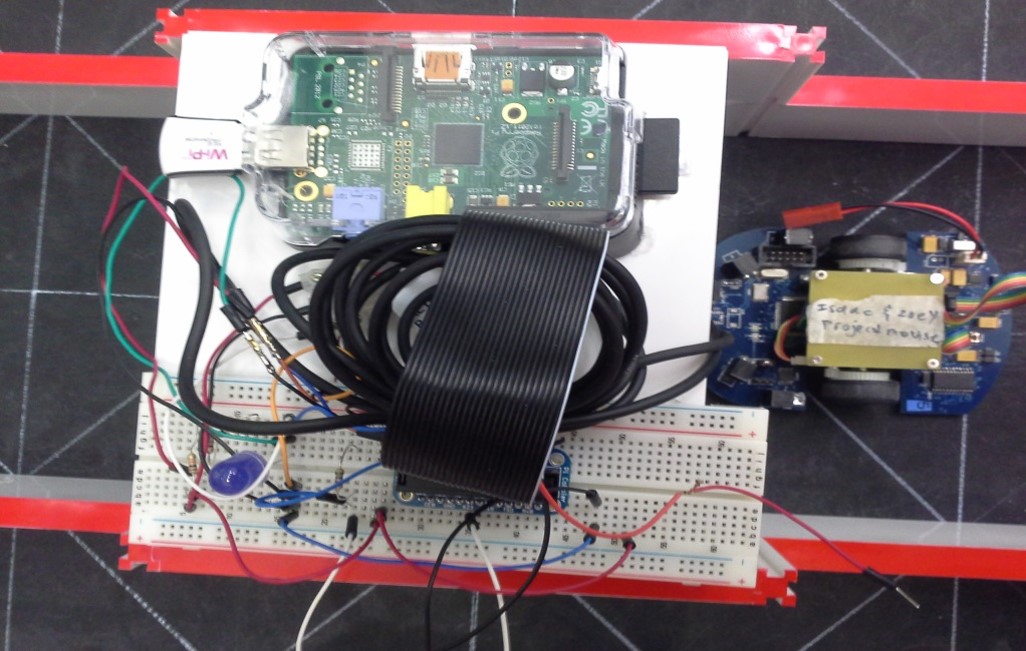 Which is not working, it's just an example. I want to know how to use this sensor with the raspberry and the programming codes. I believe it should be python. If I can do this I would want to make other fun application with the sensor.So when the micromouse goes through this thing it will detect and starts the timer and the next time it goes through it detects again that something went past and stops the timer. Running on raspbian and ssh using putty.

I am now following the this website to use the sensor to detect something and display "motion detected". All I did was the same only that my sensor is PZ2-42 keyence so I connect it like this: 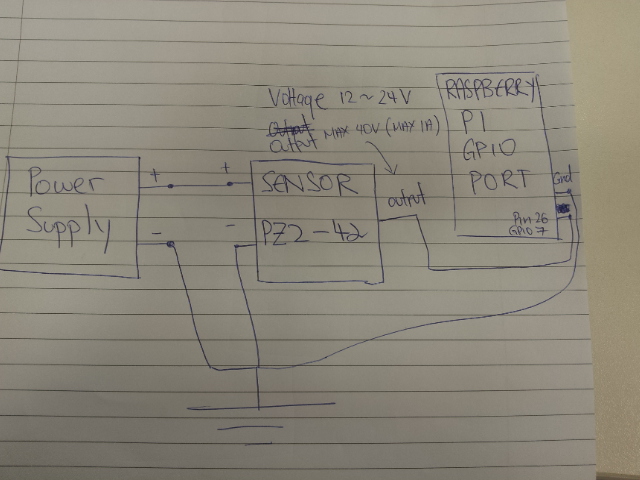 as my sensor need 12-24V which the raspberry doesn't have enough power to power it up. So I connect the Raspberry Pi to ground but not using the raspberry pi"s power supply. The codes are from the website above:

Once, I connect it up the code stuck at :

Eventhough my sensor was turn green red as it detects my hand,the code should have display motion detected but it didn't. I don't know what is the problem. I check the output voltage of the sensor and it was 0.735 V when nothing is detected but when it detects it goes to 42.4 mV. So I think that when nothing its detected it is a close circuit but when it detects it opens the circuit so the input change state by seeing the code above then it displays motion detected. I don't know whether the problem is that the input voltage when has'nt been detected is not enough for the Raspberry Pi to recognized it or receive as the voltage is too low which concludes the reason why it stays at ready even though the sensor changes from green to red when it detects my hand.

Problem solved: I didn't read the specification of the sensor, the assume the black wire to be ground but it was the output while the blue was supposed to be ground.

Not the answer you're looking for? Browse other questions tagged raspbian python sensor putty or ask your own question.