How to control digital potentiometer using the SPI interface

I'm trying to control a digital potentiometer using RPi's SPI interface but for some reason it is failing, and I can't figure out why.

I have successfully controled the potentiometer by manually setting the CS, SCK and DataOut pins in the chip, but I'm trying now to use the SPI interface that automates all this process.

This is the code I have written:

The former program shows this output when running but the LED doesn't light: 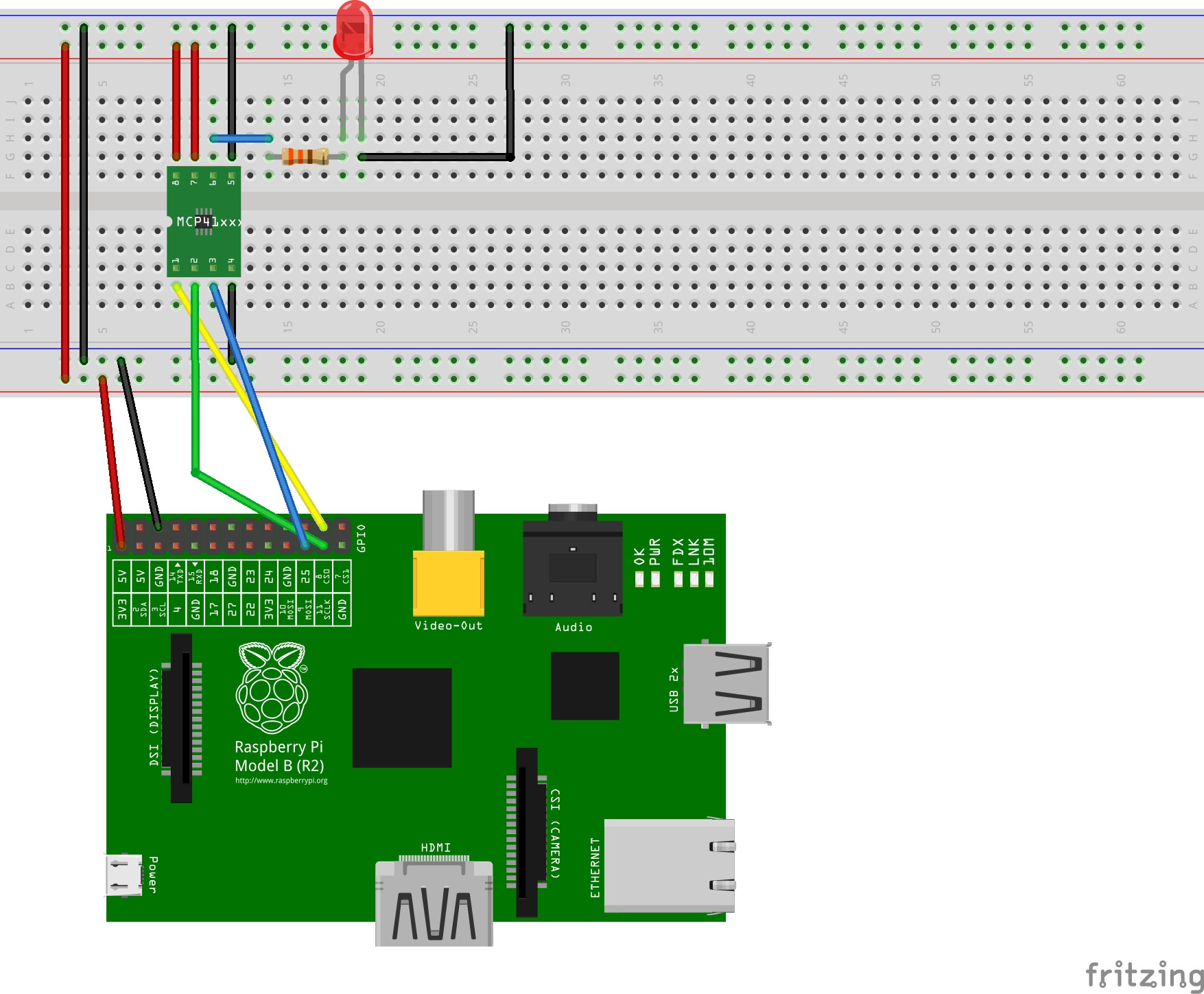 In the MCP4131's datasheet this is the pin order I'm using (and I've used it successfully controlling the potentiometer manually): 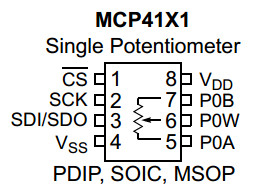 When I uncomment the line that reads spi.threewire = True the following happens to the console output (I wanted to uncomment it as the MCP4131 multiplexes its inputs and outputs):

Any help will be appreciated.

The standard Linux driver does not support SPI 3-wire operation.

My pigpio library implements a basic 3-wire mode on the main SPI device (the auxiliary SPI device does not support 3-wire).

I have used the following code to control a MCP4131 digital pot.

Not the answer you're looking for? Browse other questions tagged serial spi or ask your own question.