Can the Raspberry Pi be used as a media center?

I am looking for a simple solution to play videos and music stored on my NAS. I've found the Raspberry Pi and projects like OpenElec and RaspBMC which will run XMBC on the board.

My problem is that I've found inconsistent reviews regarding the performance. Some sources say, the board isn't powerful enough to render the GUI, which results in lagging, while others say, they play HD videos without any issues.

Although the price of the device is pretty low, I don't want to buy it simply to find out it isn't powerful enough for my needs.

It would be ok for me if

It would not ok

Is the Raspberry Pi sufficient for this requirements or should I have a look for more powerful hardware? Please keep in mind that I am not a consumer and I am perfectly fine to play around with the device.

First of all, remember that software for RaspberryPi is in early state of development and there are a lot of problems with it. They are worked on all the time but still, it's not yet as polished as it could be. Currently RaspberryPi is more oriented to developers than to normal users. It was never designed to be media center it just happens to be possible to use it like that. So a lot of people are running raspberrypi as media center with success. However here are a couple of glitches you may encounter:

Most of the issues mentioned above will be invalid after some time as it will probably be fixed. But this may take some time to get there.

To sum up - you asked if it's powerful enough. I believe it's not a good question because it's not really power issue here. Hardware is powerful enough (if you can transcode everything to h264) but software is not mature enough and has some glitches. It may not be simple enough to get it working without problem and this is what you are looking for.

So my suggestion is - if you plan on learning something about Linux, embedded devices, multimedia etc and are willing to spend some time reading about that and experimenting and having working multimedia device is only a bonus, Raspberrypi will be good choice. if all you need is multimedia player, buy something else, some finished product designed for this purpose.

Soon there will be a completely new alternative, Razdroid. It is Android 4 and already has a proven track record for embedded devices (Smartphones/ Google TV/ and posh toasters). A developer (Naren) from Braodcom is the main project contributor and in the final stages of porting Android 4 to the Raspberry Pi.

It supports H264 videos nativley and the GUI is slick because it uses OpenGL:ES directly. The only thing left to do is port the sound system. This is potentially the OS for the Raspberry Pi as it is already has tons of application for media centre use and games.

The plan is to merge Razdroid port into the Debian Kernel already available. 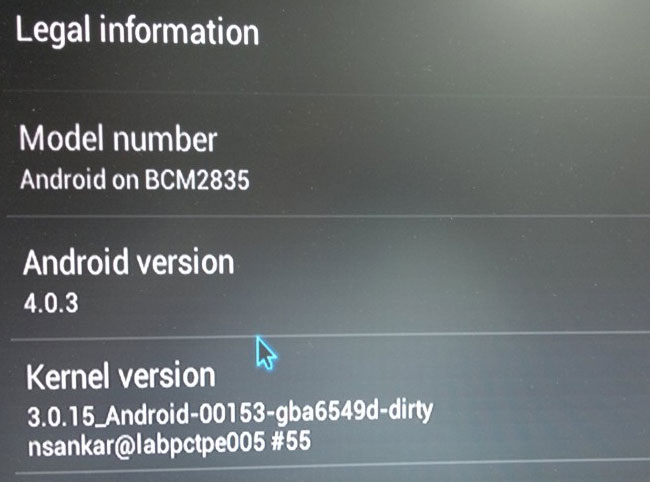 Android 2.1 as mentioned in comments 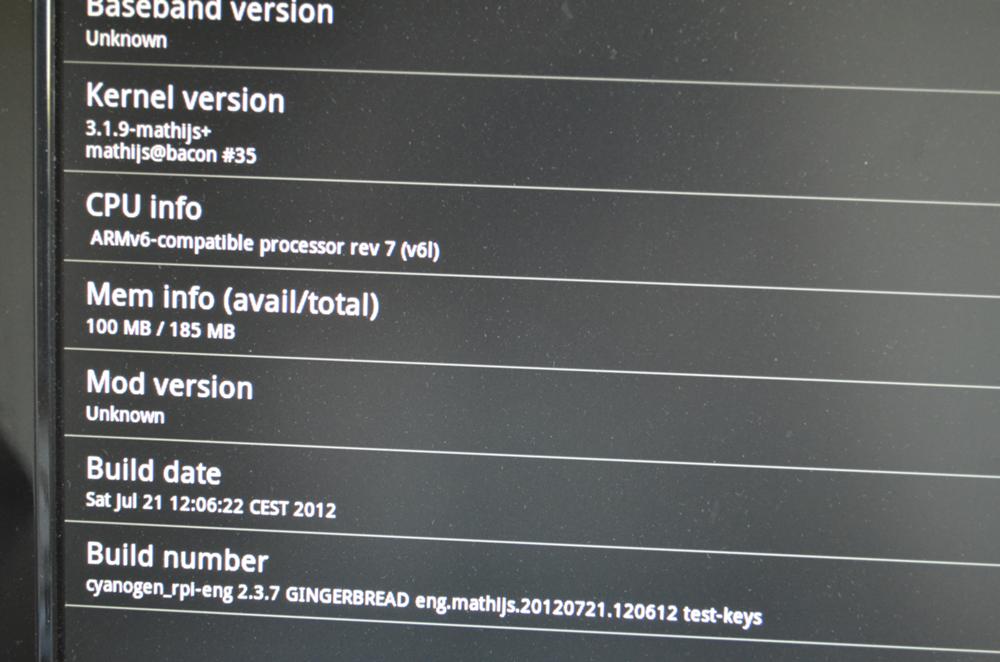 I've been using Raspbmc (http://raspbmc.com) for a little while and I have found it to be really good, more than adequate performance and great stability (I don't remember it ever going down).

Increasing the cache in xbmc advanced settings made a big improvement, but it still not 'as good'.

However when streaming media off attached storage, i.e. the SD card or a USB drive for media, I noticed no different at all in performance.

I recently set up my RPi with the intention of using it as a media center. I have three computers networked that are all accessible via XBMC running on XBian. Setup was as easy as downloading the .img file from xbian.org and then writing it to SD card via Win32DiskImager. All I did after that was hook it to my TV with HDMI, plugged in the SD card and then the power adapter and voila...instant media center.

It had no issues whatsoever finding files from my three networked computers and was capable of playing high quality 720p video over the network (wired, not wireless) without any glitches whatsoever, No lagging and no other issues. I have yet to try any 1080p content but that's my next step.

On a side note? After hooking up the the RPi via HDMI I was able to use my TV remote to navigate through menu's, I didn't have to change any settings...it just did it out of the box but your mileage may vary. :)

I have used Raspbian which is general purpose Debian based distro and added XBMC to it with this guide - http://michael.gorven.za.net/blog/2012/08/06/xbmc-packages-raspberry-pi-running-raspbian

This is best guide for getting XBMC to work on Raspbian.

Sorry for the late answer. I was quite unhappy with XBMC, so I wrote my own lightweight media centre around omxplayer.

What it can do:

This thread is a little old, but figured I'd give my 2 cents anyways.

Like Stu, I'm using XBian on my Pi and have a few different computers networked to it. So far I'm not having any issues. I use network shares from my main computer, and my roommates, to watch videos in the living room. Over a network cable I have not seen any lag. I don't have a WiFi dongle to test out the wireless, but my wireless sucks anyways. There are only a couple of places where I can say I have experienced "lag". When trying to access the menu during playback it takes 3-4 seconds before it displays, but that's trivial in my opinion. Also, after closing the menu while the video was still playing in the background, I have noticed a slight increase in the playback speed as if it were trying to catch up, but that might just have been because of the amount of time I had spent in the menu while troubleshooting a sound issue. In case you are curious, I had it plugged into the wrong input and then not plugged in at all. Spent an hour trying to figure that out.

Besides that, everything runs very smooth. Menu transitions are fluid, even during playback. Audio and Video sync up. Setup is pretty much nill. I had to adjust my screen alignment, but I am also using an older TV. The only problem I am faced with now is DVD playback and figuring out how to get the samba "shortcuts" to the proper sections, if that is even possible. All-in-all, I think this was a wonderful investment that beats my prior investment in a PS3, that I don't really use anymore, hands down.

Besides, it has so much potential! I can't wait to start pushing this puppy to the max!

I have very positive experiences with OpenELEC on Raspberry Pi. All my 1080P media is stored in iPod-compatible format on a server, which happens to also be compatible to the Pi.

You should get one, RASPBMC is a super easy to setup with the network installer and it works great, get the iphone remote controller app, and 1channel add-on and you've got more free tv and movies then you deserve, all for $35.

Not the answer you're looking for? Browse other questions tagged performance media-server kodi or ask your own question.

2
Video playback via ethernet causes raspberry pi to crash openelec xbmc
5
Is it possibly to have my pi play videos stored on my external hard drive?
2
XBMC Rasberry Pi media center with harddrive?
1
Raspbian wheezy with XBMC plays only audio for 1080p videos
1
TV remote does not always work with Raspbmc
3
Music, stored on the Pi, played over HDMI with visualisation, controlled from mobile phone
1
Is this good for a Chinese-language media center?