Ask Question
Asked 8 years ago
Modified 8 years ago
Viewed 14k times
6
Closed. This question is opinion-based. It is not currently accepting answers.

Want to improve this question? Update the question so it can be answered with facts and citations by editing this post.

I'm looking for a CCTV housing that fits the Raspberry PI and the camera board in for under £10 (or very near to £10).

It needs to be:

I would prefer a dome type, but am really struggling to find one that fits.

Because these things are sold as "dummy" devices, the dimensions, and information about them, are not always detailed enough to know if it'll fit.

I've tried this one but it didn't fit, thus I've sent it back today frustrated; so i thought i'd ask for links to housings that people have tried themselves, thus know will fit a Raspberry PI with SD card and USB connector.

this one didn't quite fit too

There must be one out there that fits, and someone must have done this.

Your problem is, what you are trying to do is find an existing CCTV camera enclosure and stick a Pi (and possibly a camera) inside. This has the issue that the Pi or camera module (with incredibly easy to break cable) may be damaged due to being forced into it, as well by it getting wet due to being outdoors in not-well designed case, or overheating (fairly unlikely).

Ideally, you need to get an existing case for the best performance - the problem here is, its fairly unlikely you can get anything under £20 (normal Pi cases can be fairly expensive anyway :( ... )

For instance, you can get this case from ModMyPi: 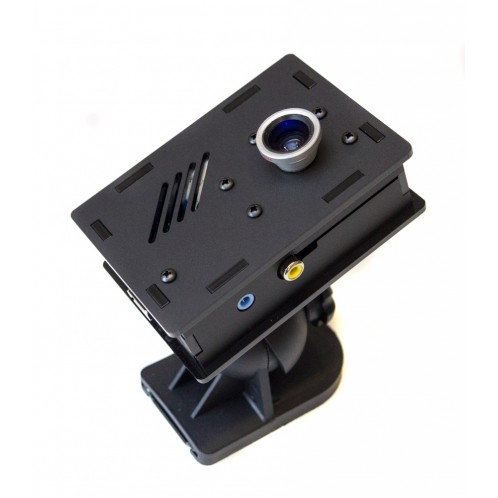 The problem here is, mainly the price (pretty much £25), as well as the fact all those holes don't look waterproof...

Another choice could be PiCE, a apparently waterproof and rugged case, funded by this Kickstarter campaign (with promotional video). 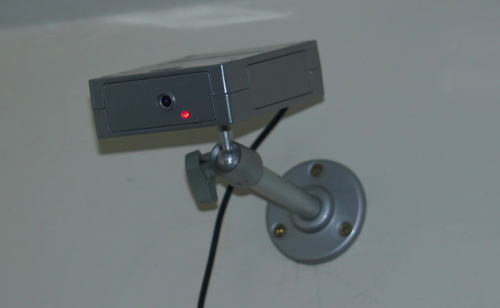 It looks quite good compared to the other case, as it has heat sinks, waterproof assembly, removable sides, holes to attach to things - it also looks like it can be mounted on a tripod (whether you would need to but it from them i don't know)

There is also an outdoor version, which has RF transparent (WiFi etc can go through) rubber gaiter to protect connectors going into the back of the case. A weather shield is also available (for £10!!!). Doing it with this would also likely get fairly expensive with all the extras.

There are many other cases, most of which are even more expensive, and are not waterproof...

The thing I would do (doesn't mean you have to do it - I actually had a go at this until i got bored and started on a Pi based Robot instead), would have a USB webcam with a fairly long cord (could also be linked wirelessly, those can be a bit less reliable, and cord will be required for power to the camera anyway) linked to the Pi, which could be either indoors in a standard case, or just attached in a plain box on wall (a 1.75 litre Really Useful Box and a few carefully drilled holes worked fine for this (two for USB power in, and USB camera out), plus some 90 degree corner brackets.

With the price of the box (£4 tops, can't remember) plus the brackets, with no cost for the camera (3MP internal USB camera out of an old netbook + old USB cable from a broken camera), I think I did this under £10 (not including the Pi and stuff I had got previously).

Oh and one last thing, if you have a microSD card you can use, you can use this to fit it into the Pi flush to the edge of the board, meaning there is no sticking out SD card to get in the way.

Note
Quite a large chunk of the above is opinion based - sorry....
Even then, everything seems to get fairly expensive.

This is the one mentioned on the raspberry pi blog:

0
the script can't take picture with raspberry pi camera?
1
Does a browser exist for the Pi 2 that supports both WebRTC and HTML5 Canvas?
1
Building a Camera that tracks a target
0
Using a Galaxy s7 camera with the raspberry pi
0
How to stop python script that launches raspivid
1
What is the shortest light wavelength in nanometers (nm) that a raspberry pi camera can capture?
1
What's the minimum Raspberry Pi that can display the output from the Raspberry Pi camera at 30fps in real time?