I bought the Raspberry Pi Model B (Raspberry Pi Ultimate Starter Kit off Amazon) thinking this would be my first and final purchase for a while, but have been unsuccessful in getting the computer running without a keyboard. I followed the endless tutorials online about a "headless setup" and want to avoid buying more if I don't have to, especially just starting out.

Here is what I did.

Question for Attempt 1: Where is the /etc/inittab file elaborated in the post above and numerous online forums? Does this directory exist even if I haven't booted up and configured my Raspberry Pi? If it does exist, how do I access it?

I got a list of IP addresses as shown in the picture of my terminal. 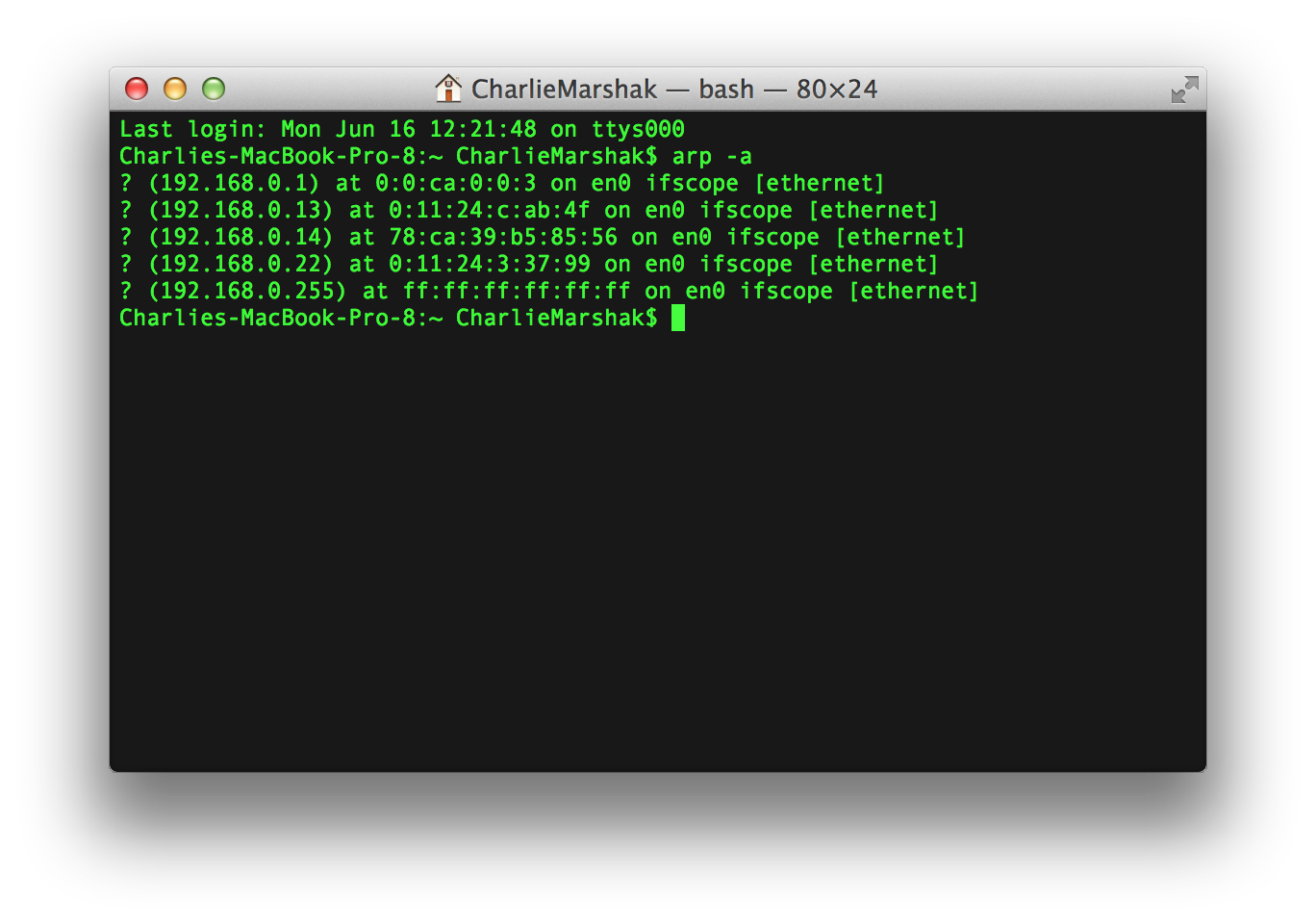 I then tried to SSH into the Pi using the command:

and each time got connection refused. Then I accessed my router by navigating to http://192.168.0.1/. However, still no new IP addresses was listed there. I then tried downloading the application "Pi Finder". But again, no luck. I then thought maybe the Wi-Fi USB accessory included in the kit might improve my chances. But it did not.

Question for Attempt 2: Where is the IP Address for my Pi? Again, am I experiencing difficulties since I haven't configured my Pi yet? Why is the IP address not showing up?

I just wrote a blog post on how I managed to do it: Install Raspberry Pi headless on OS X. But your problem sounds to me like the system hasn't installed and or booted up correctly. For copying Raspbian on the SD card I used Pi Filler that formatted the card and copied the Raspbian img file onto the card.

I also had problems getting the right IP address as my DHCP was being contrary but Pi Finder did a good job of finding it.

Not the answer you're looking for? Browse other questions tagged raspbian networking headless boot-issues cable or ask your own question.

18
How to mount a Raspbian SD card on a Mac?
0
Using a Console Cable, Error "Could not find PTY", MAC