Red LED only staying on momentarily during bootup? 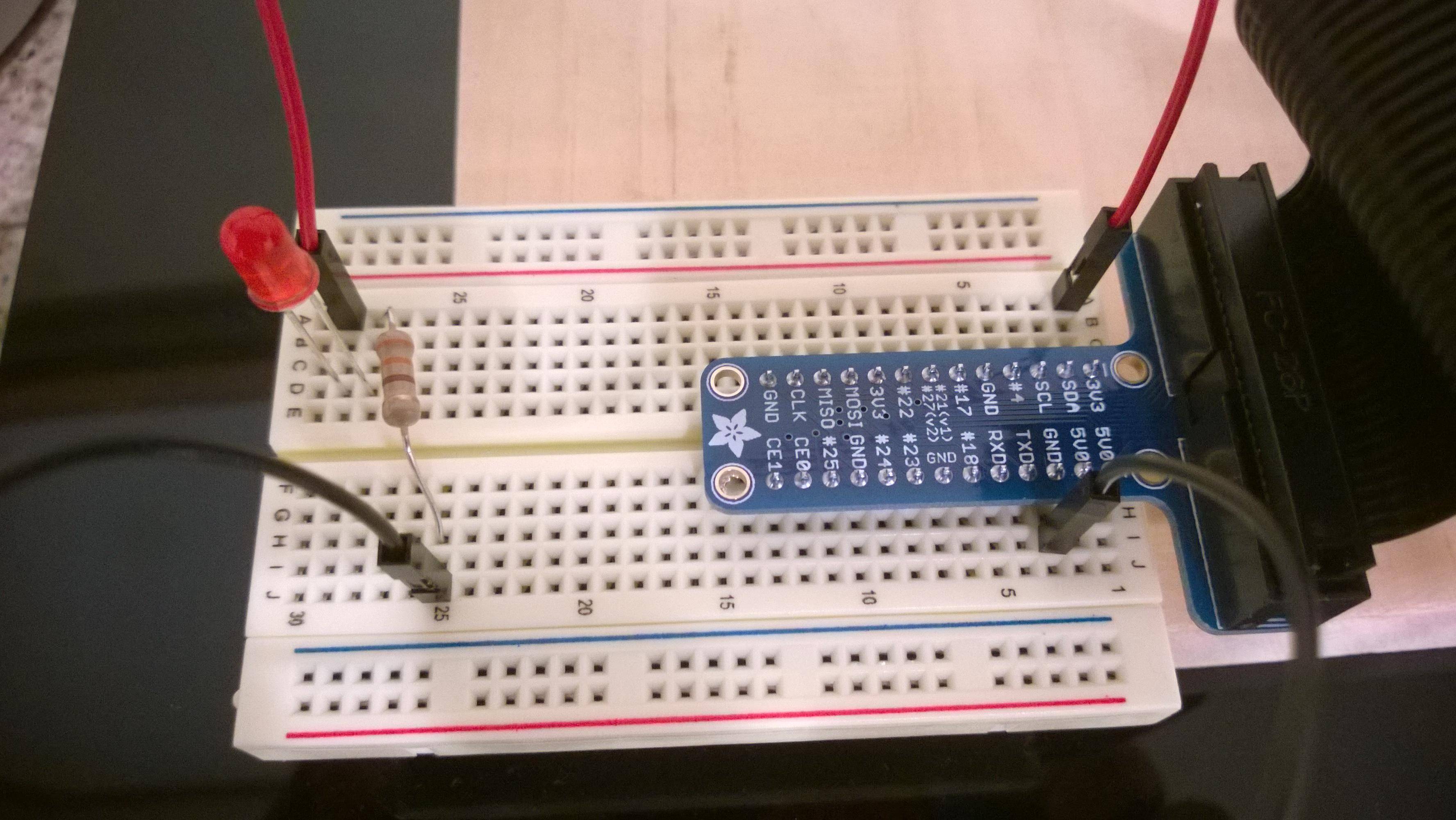 I have a red LED that I just want to light up using the GPIO pins on the Raspberry Pi. I got it to light up using the 5v pin. I tried it on a GPIO pin with a simple python script and it failed to light. I tried to simply connect it to a 3.3v pin. The LED would light for maybe one second then turn off. I have tried a variety of different resistors and breadboard setups, but nothing seems to work. Is there a problem with my pi or something else?

I have a 330ohm resistor in this picture but I have used others.

I just tried using two jumper wires touching the pins rather than the cobbler and the LED still didn't light up. The voltage reading straight from the pins are perfect though

Try checking that your ribbon cable is connected the right way round. I put my on backwards the first time. Pin 1 on the RPI connector is just above the "P1" silk screen on the board. You should see a little white square on the board by pin 1. On the back of the board, pin 1 has a square pad. The plastic cable connector should have a little triangle impressed in the plastic marking pin 1 of the connect. Pin 1 of the cable connector should exactly match pin 1 on the RPI connector. Check both connectors on the cable. When installed properly, one of the cable connectors will hang off the board and the other will lay across the board. Use the connector with the cable lay that you prefer or best fits your case if you are using one. Then use your ohm meter to test that pin 1 of the RPI goes to pin 1 of the Cobbler.﻿

The 5V pin isn't fused, and so people recommend not using it. 3v3 with a 330 ohm resistor should light up your led ok, just a bit dull. I think that your issue is with wiring:

2
RGB LED resistance calculations
1
Raspberry Pi not booting and all LED is dead (also the red LED)
4
GPIO stuck in High Mode
0
Why GPIO 9 and 10 Cannot Light LED? MOSI and MISO
1
Why won't the LED turn on?
1
I accidentally shorted my RPi and now none of the GPIOs work, is it fixable?
0
Led turns on immediately after connecting it to the Power pin on Expansion Header
0
5 volt GPIO pins on RPi not working?