I have installed java and eclipse in my raspberry-pi.Installed eclipse using

Even in the run configuration there is no JRE option. 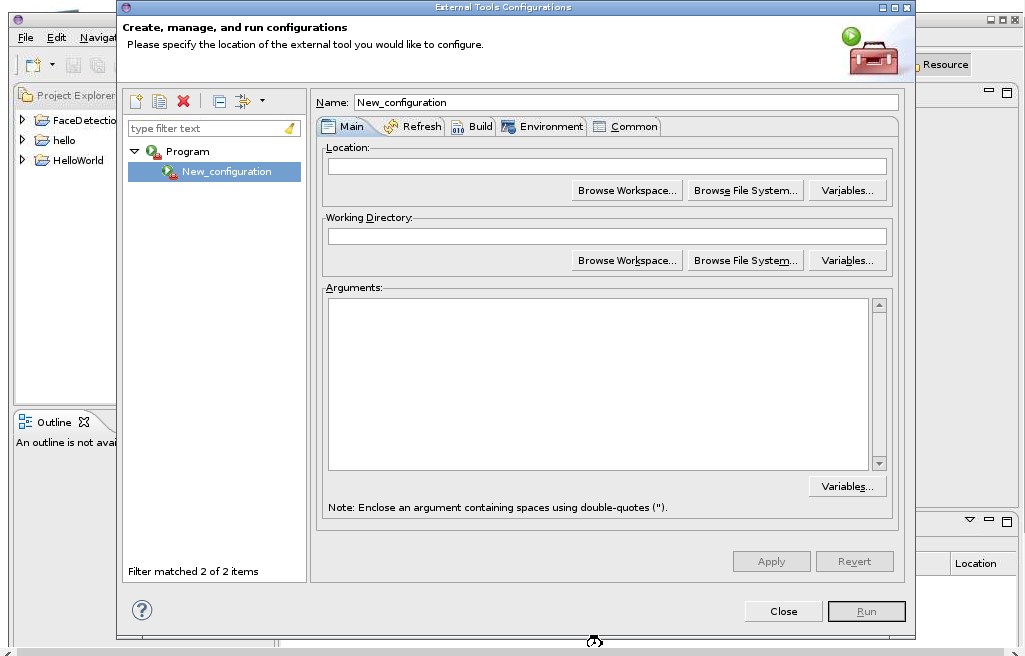 I also want to add external jar files.Searched the web but didn't get much for eclipse configuration on raspberry-pi

Tried this also with no success.

eclipse is just a runtime, part of a framework (Eclipse RCP) based upon OSGi that helps build portable applications, Rich client applications that are quick to develop and easy, fast and cheap to deploy.

If you want development environments you will need to install them separately. For example, for java

Then everything is installed.

Now, you have to create a "Java Project"

Before being allowed to run a class as a java program because the project metadata explains how to run them. In your screenshot, unlike mine I don't see the letter J in the project icons that highlight their Java nature.

And now as my project is setup, I can execute a class.

Not the answer you're looking for? Browse other questions tagged java ide or ask your own question.

3
Bonjour and Java on a Raspberry Pi
13
Java IDE for Raspberry Pi
1
How to setup eclipse CDT to cross compile the kernel for the Raspberry Pi
1
Missing log file
1
Why installing eclipse on raspberry pi required open-jdk?
2
LibreOffice Base in Raspbian Buster image will not find openJDK v 11's JRE
0
Installing ARM64 Java On The Model 4
4
Installing OpenJDK 16 on Raspberry Pi 4