Connecting to an RC522 RFID reader

I'm trying to connect an RC522 RFID reader to the a Raspi via its SPI port. Up till now, I have tried several different pieces of code that are supposedly working, however, I have had no success with them.

The first one is a python script taken from here. Running Read.py outputs nothing. I dont see any Card detected as expected. On printing the status code, I see a 2, which, I think, means a MIFARE connection error.

The second promising code that was tried was taken from here. This one unfortunately outputs a 'Collission' as the output. I'm not sure whats wrong.

I'm fairly certain that the sequence of connection is fine, as several different sources/blog posts/tutorials seem to agree on that. In any case, these are the connections I've got: 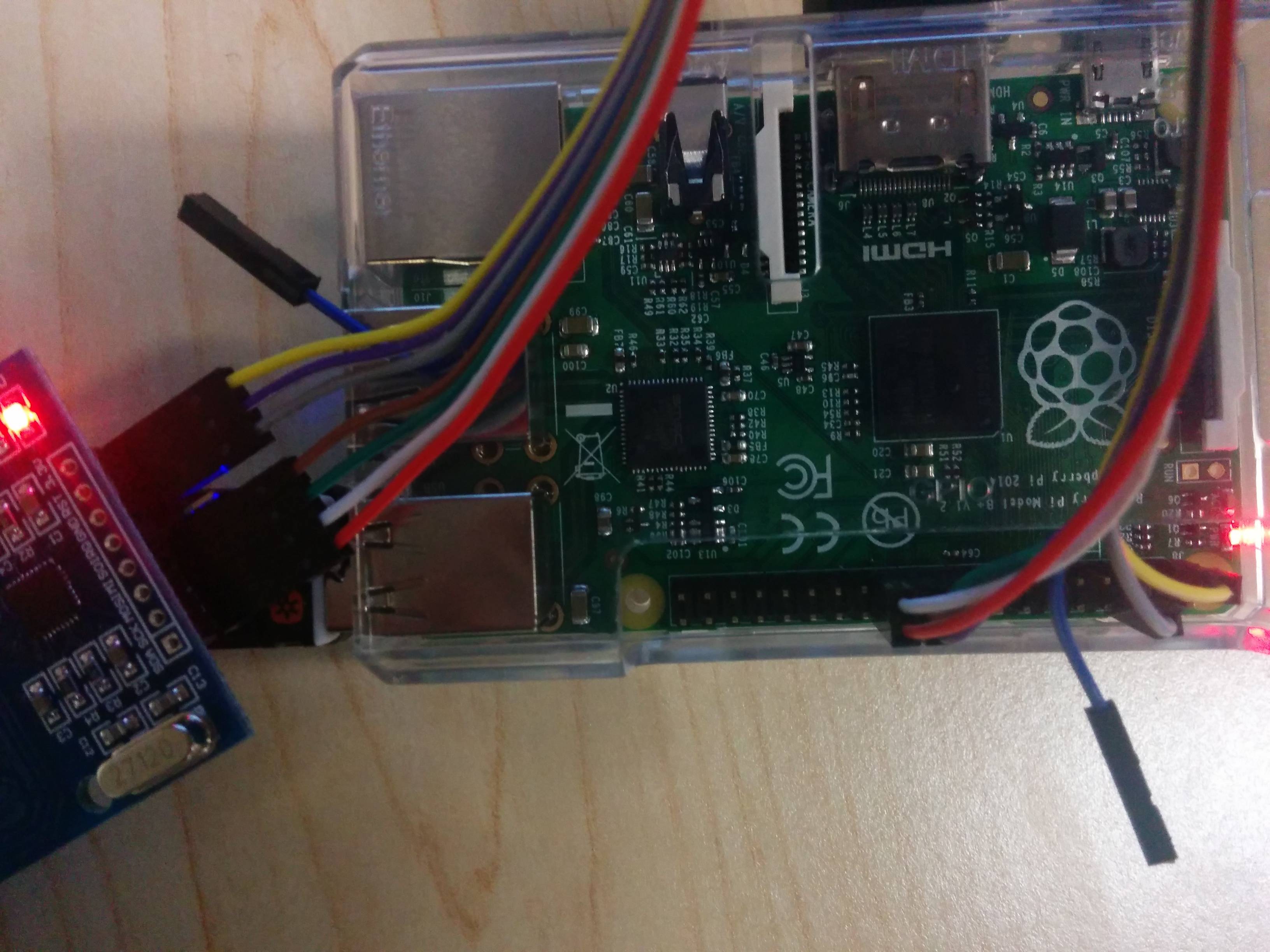 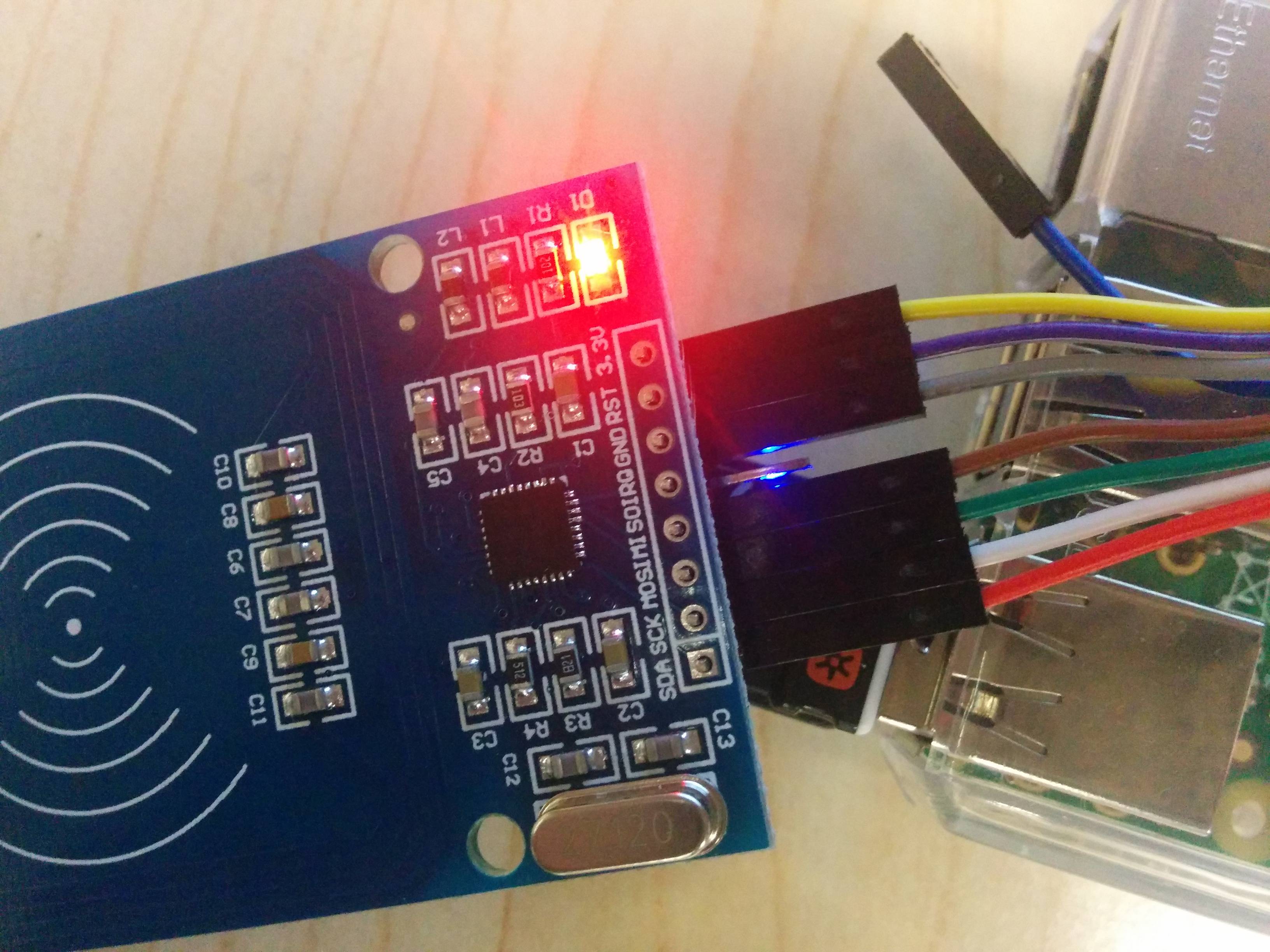 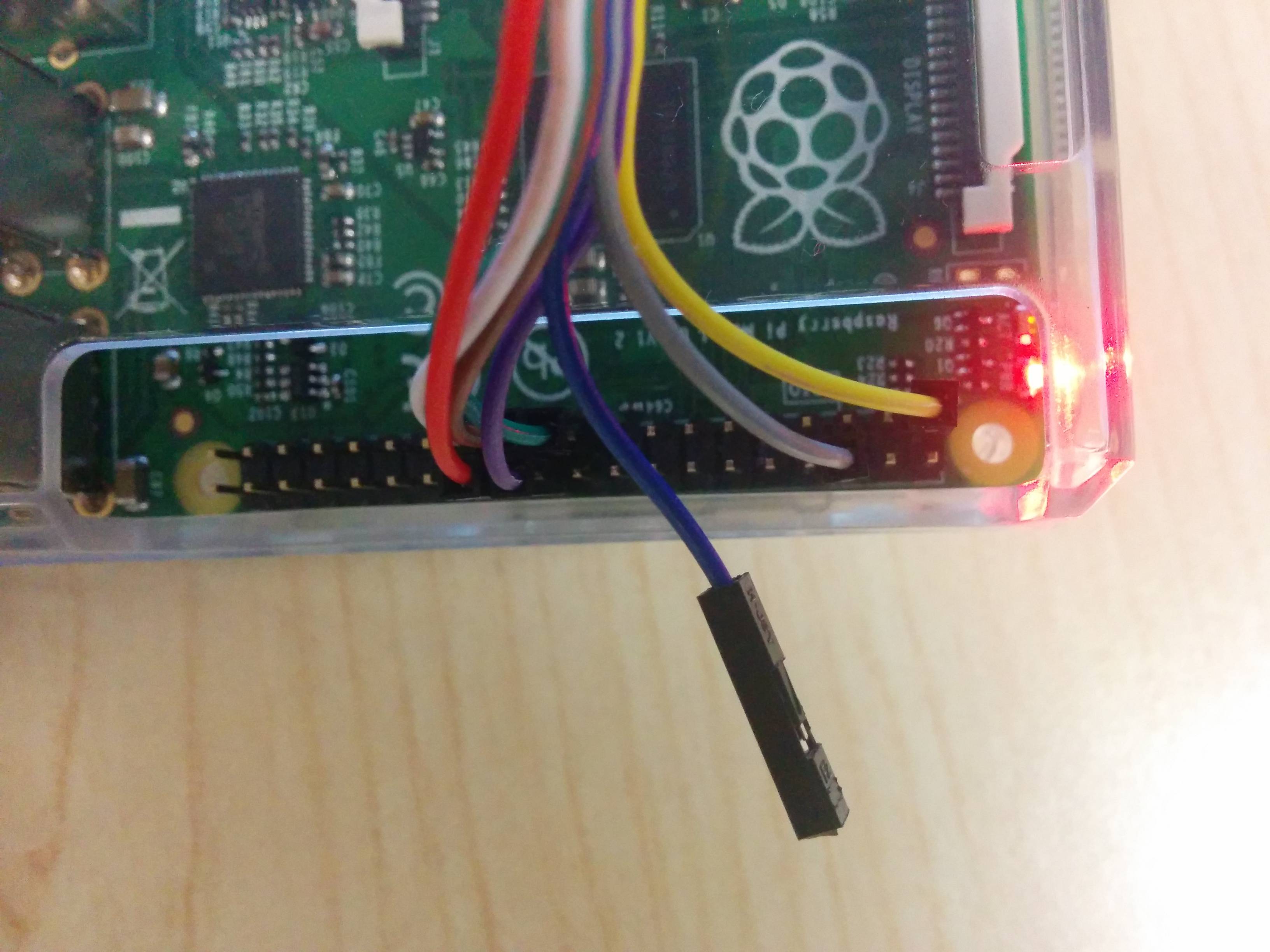 Not having a lot of hardware experience, it's a bit hard for me to pin-point the exact location of where the problem may be occurring. At this point I am considering purchasing a USB RFID-reader instead. But in any case, I would love to know whats wrong here, and if there is something obviously wrong here. If you have any other sample code to interface with an RFID reader, and one that's tested to be working, then do post.

User46106 is probably right I read on other questions here that people had problems similar to yours and the solution was to solder the pins on the rfid-reader (you should always do that else you never can be sure if there is a connection + from the picture you posted it is obvious you didnt solder the pins on the reader module).

In the comments you mentioned that the rfid chips you used correspond to the wrong frequency? So you weren't able to read these tags with the usb-module?

Here are some decent tutorials on how to use the MFRC522-python library:

And here on how to work with the serial ports:

Not the answer you're looking for? Browse other questions tagged serial spi rfid or ask your own question.