I've setup a MCP23017 16-bit I/O expander with a rPi model B via i2c, and I am able to control components like LEDs on the channels GPA0-GPA7 using code like this;

However what I want to do is control a 12V electromagnetic lock from a relay, and though I am able to trigger the relay, its unreliable and setting a pin on the MCP23017 to LOW doesn't always trigger the relay.

The led on the relay board is dim, compared to when its manually triggered by putting IN2 to GND

The relay is triggered active-low, and the relay specs suggest 0-0.5V is required to trigger it.

The circuit is currently setup like this with a relay instead of the led; 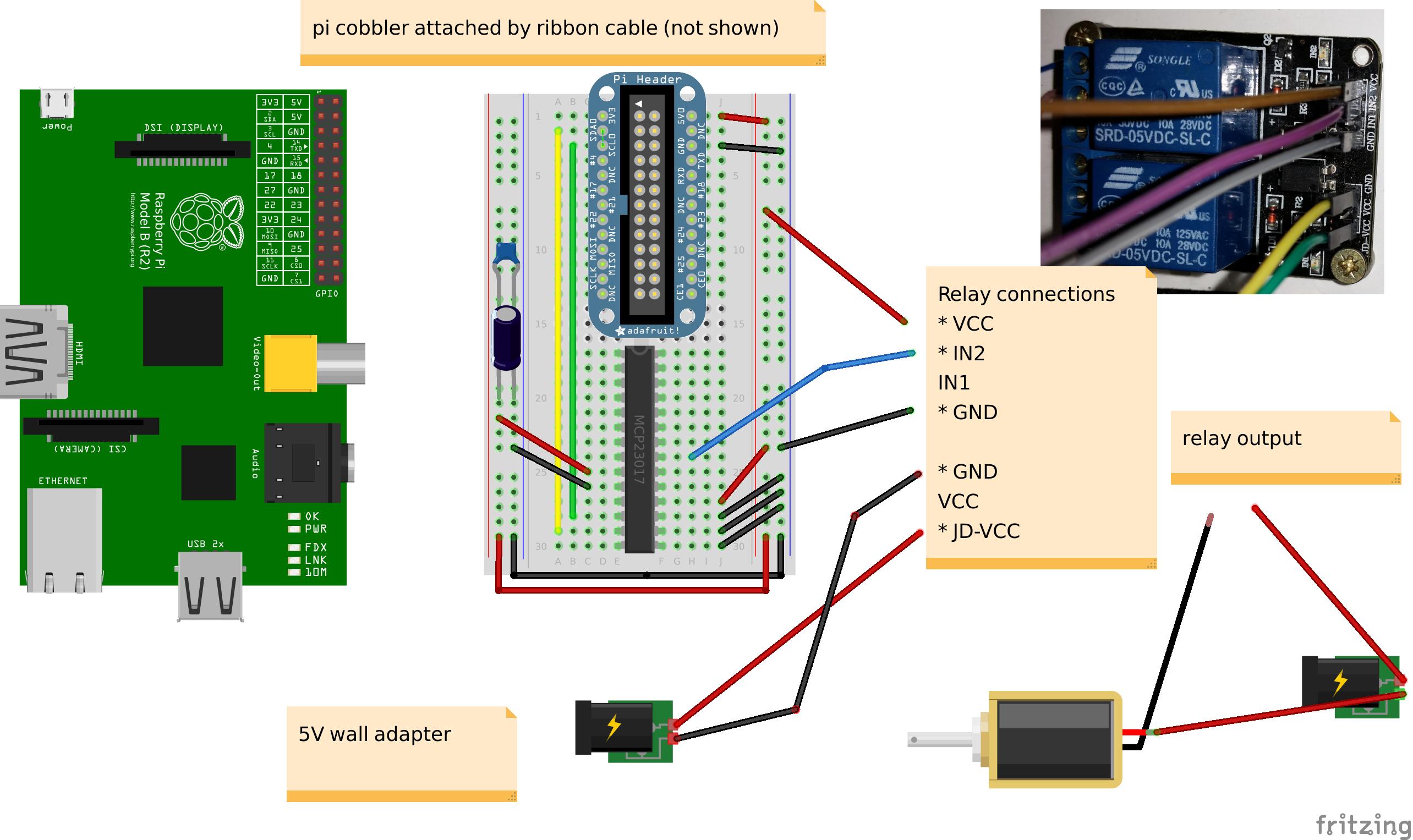 The relay however is triggered active-low, and so is looking for a Voltage between 0-0.5 Volts compared to ground.

However low-output on the MCP23017 GPA0 pin is measured at about 0.7 - 0.9 volts, and this doesn't appear to be low enough to trigger the relay.

The schematic from a similar relay board;

Browse other questions tagged gpio relay or ask your own question.