How to wire up a DHT11 temperature sensor

I'm a Raspberry Pi (and hardware) noob and am trying to hook up a DHT11 temperature and humidity sensor.

I've found two separate guides, and I'm seeking advice as to which I should follow.

This UU Gear guide connects the + and - terminals to 3.3v and GND respectively, then connects the data pin to GPIO #4: 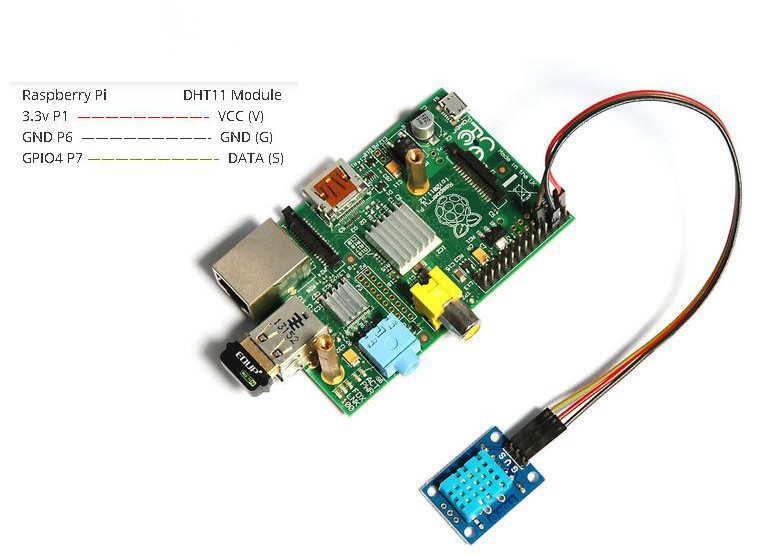 This Adafruit guide does the same, but (unless I'm misreading the diagram) also connects the data pin to the 3.3v via a resistor: 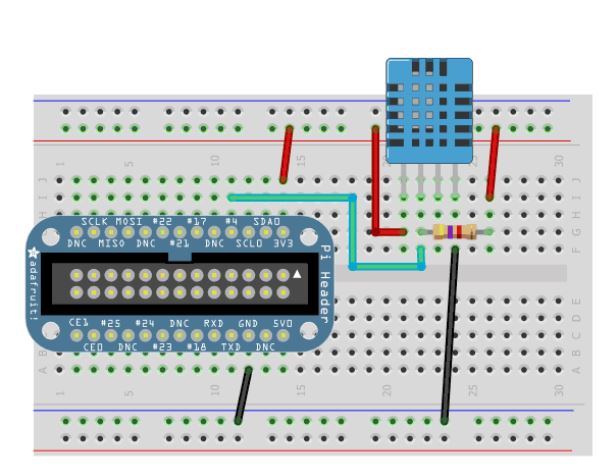 My question is, which of these methods is preferable?

The DHT11 specs are available on the www.

You need a pull-up on the data line.

It's quite safe to use the DHT11 without a pull-up on the data line, it just will not work.

For the Pi it is safest to use a 3V3 pull-up. If you use anything higher you may damage the Pi.

The Adafruit software for the DHT11/DHT22 works occasionally. More reliable software is available.

Not the answer you're looking for? Browse other questions tagged gpio hardware connection wiring or ask your own question.

2
RGB LED resistance calculations
2
Simple DC Solenoid Valve Circuit, How to size components?
4
Control 5m of WS2812 LED Strip: Wire it up
0
GPIO Pins as digital LO/HI
3
GPIO pin wiring for LEDs and their resistors
0
When to set internal pin resistance at software layer
1
GPIO Buzzer. Not sure how to do this
1
Is this the correct way to connect this set of components (gardening application)