I am attempting to read/transfer data between an instrument and Raspberry pi 2, using the RPi as the Master and instrument as the slave. The data sheet states I must have a 9 ms delay between sending the command byte and the second byte, which I am currently unable to do using the py-spidev library for the RPi. The docs show a delay variable you can set, however when I set this, it seems to extend the amount of time the chip select is held low, but not much else. How can I actually introduce a delay between bytes without just bit-banging? Has anyone had success trying this?

Attached is an output from my Saleae logic analyzer showing the lack of delay with the following command: 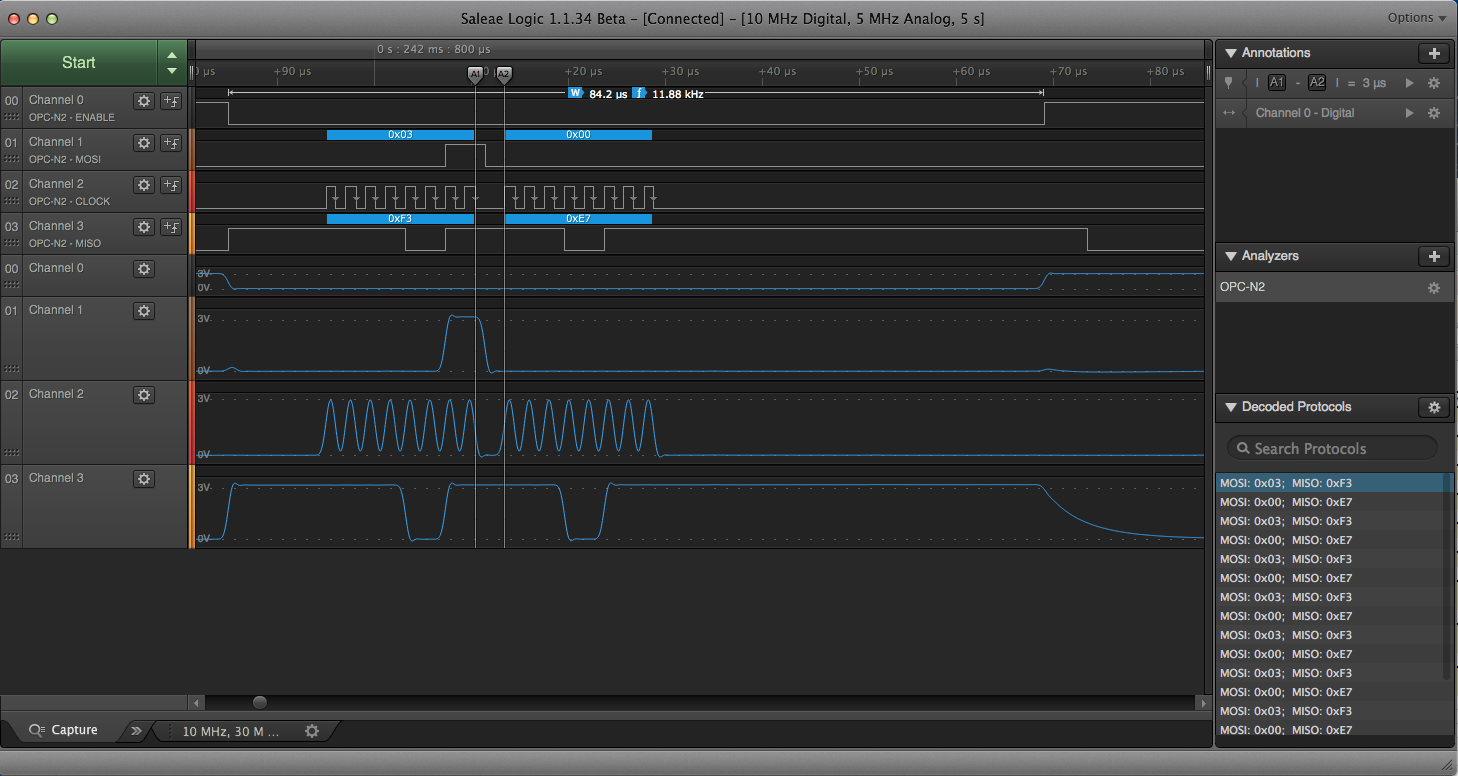 If I try adding the 9 ms delay, I see the following:

It has the same 3 us between bytes, but now the /ss is held low for the ~9ms. 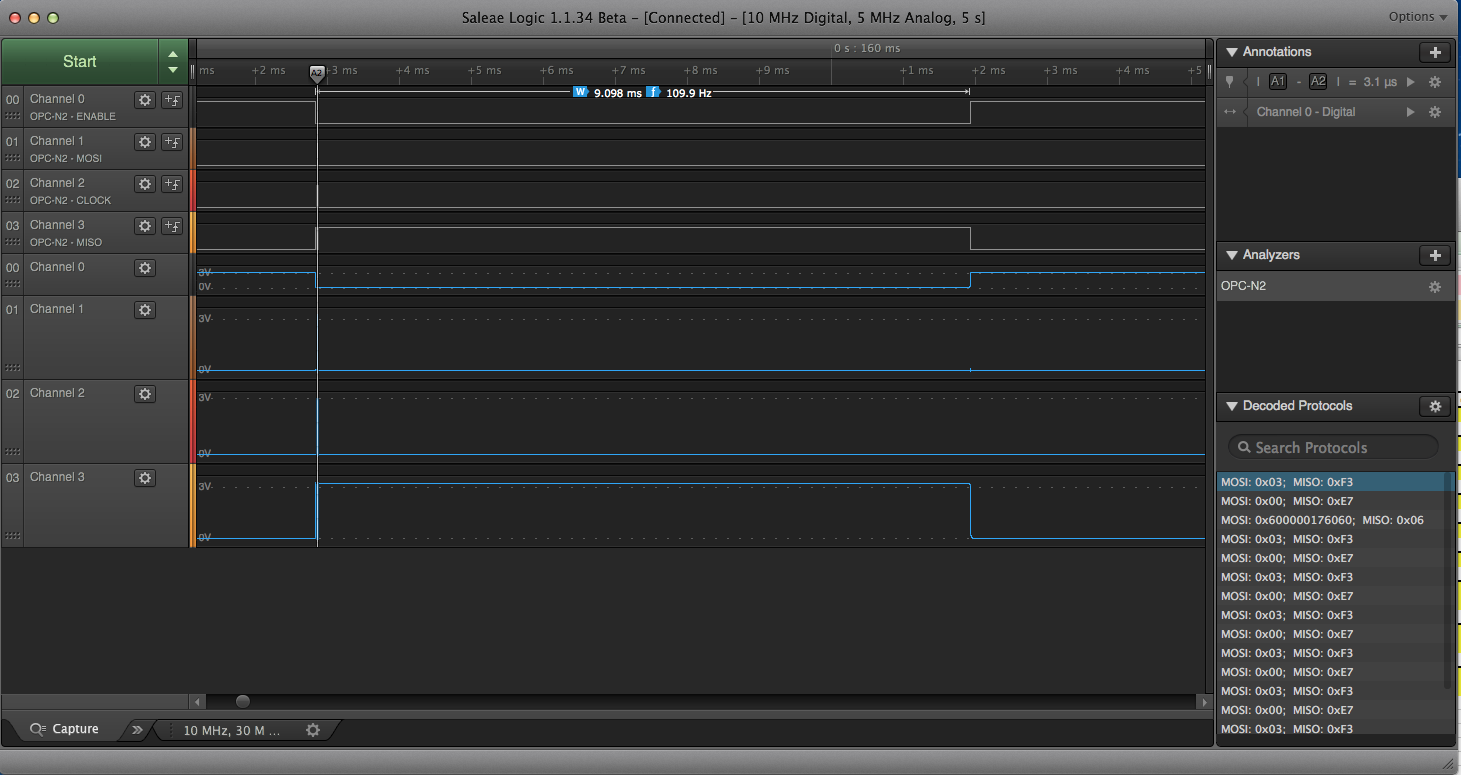 Any thoughts/recommendations on things to try?

The documentation is really vague about what a "block" is, but you might want to try sending your bytes using two separate calls:

Not the answer you're looking for? Browse other questions tagged hardware spi or ask your own question.