my Pi A+ won't boot. Both leds are always on, no blinking. This happends after connecting usb powerbank to gpio pins to power raspberry. My Pi got hot and then... just died. I tried to reflash microsd card, tried another microsd card and still... nothing.

This is the image linked to above: 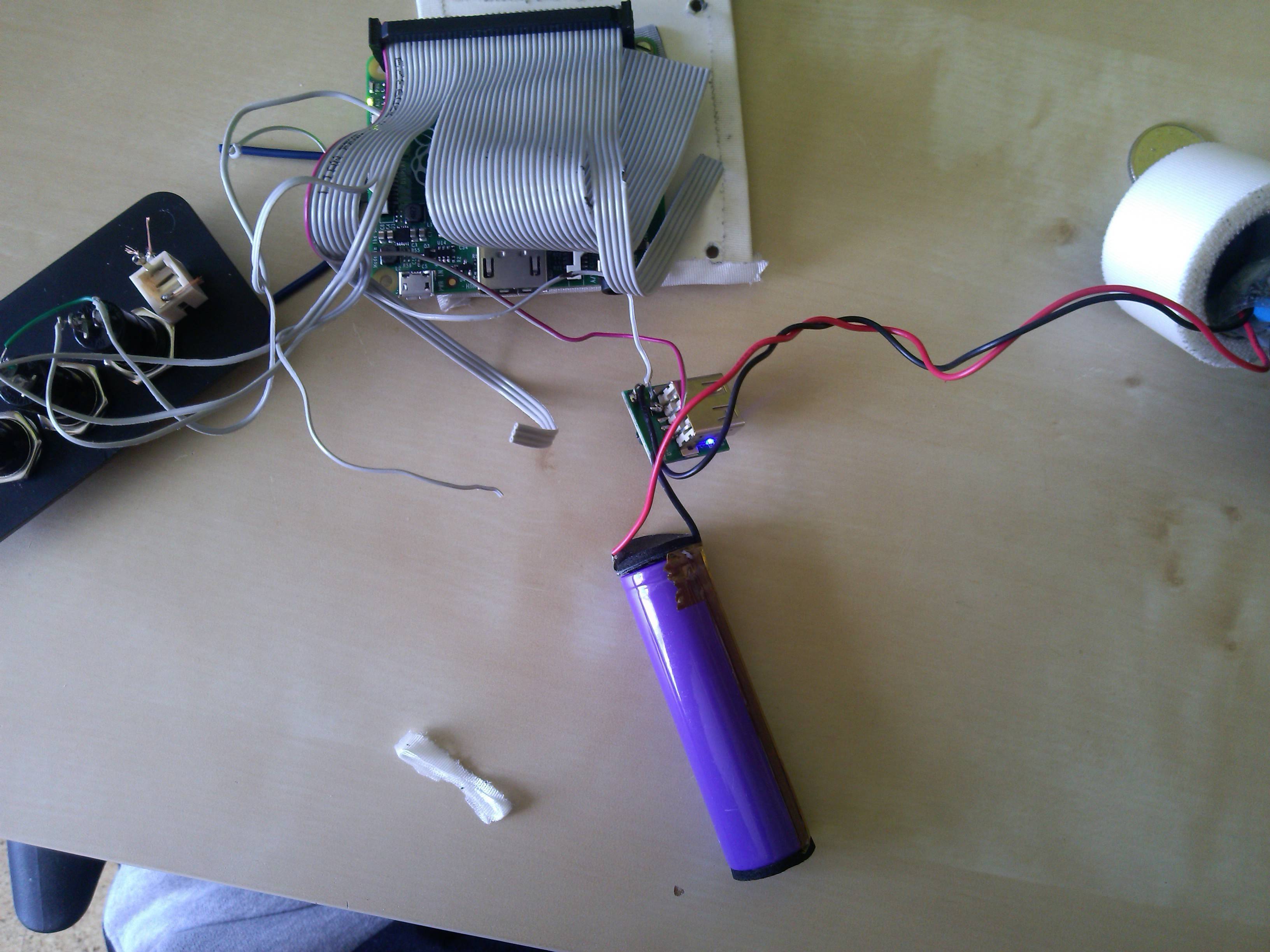 A close inspection of the photo shows what looks like two wires going from the small circuit board with a micro-Usb socket towards the Pi. The circuit board is also connected to a purple battery and has a small (illuminated) blue LED and what I think is must be a key-switch which would make sense to have a controlled (needs the key) on-off action. I believe the small PWB is a boost converter that takes the 3.7 Volts from the battery and boosts it to 5.0 Volts which would be present on the power terminals on the Usb connector.

The two wires that would seem to carry this power to the Pi are the end two wires on a 40-way ribbon cable that is connected to the GPIO connections of the Model A+ Pi. Sadly those two wires would be the 3.3V OUTPUT from the Pi (the Red edge wire on the ribbon cable) and the 5V Power rail - normally an output on the Pi but can be used as an input (the second wire in the ribbon cable, which like all but the first is a plain grey).

Result: 5 Volts DC is being applied between the 5V and 3.3V lines - This is most likely to have damaged or destroyed the Pi!

It is possible that the circuit might have worked if the correct wires were used - unfortunately they were not. R.I.P.

Not the answer you're looking for? Browse other questions tagged boot battery rip or ask your own question.

2
Getting “sh: can't access tty; job control turned off” with fresh NOOBS
2
Raspberry Pi 2 Model B 1GB not booting - RED and GREEN LEDs ON
3
Pi2 does not power up. Is there anything I can do?
1
My Raspberry Pi won't boot no matter what I do (It has worked before, nothing is broken)
2
Powerbank Qualcomm 3 fried my Pi Zero W
1
Raspberry Pi 3 B+ won't boot up after 1 week of use
2
Possible dead Raspberry Pi 1 B
0
Raspberry Pi 4 won't reboot after unplugging power source