Does anyone know of a list of the official resellers of the rpi board? How do you tell the board is official?

As per RaspberryPi.org, the 4 official resellers are: 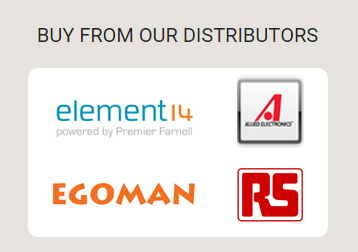 Finally I know that (again in the US) Microcenter buys their Raspberry Pi's and rPi kits wholesale from MCMElectronics - so getting a Pi there is like getting them from the original source.

This seems a bit of a theoretical fear since I don't think there are any "fake" raspberry pis around.1 Keep in mind that while it may be worthwhile ripping someone off anonymously on ebay, it is probably very far from worth it as an electronics retailer. You would get caught eventually and presumably sued or face criminal fraud charges.

Anyway, if you want to be paranoid, WRT "non-official" retailers, I think if you know and trust the retailer, this means you believe they would not sell you something bogus. I've ordered pi's from the official retailers, and

And I'm happy to vouch for both of them. Here, the only advantage to Element 14 was that they initially had a lower price on the Pi 2 (the others were a bit inflated, but have since come down to match) -- but also charged drastically higher shipping than anyone else. I did talk to someone there about that, and it came down to the fact that their business is mostly about distributing to industry and retail clients.

1. The only thing online that's anything close to a report of this I've found is here, but if you dig into it you'll notice it is not actually about fake raspberry pi's, but some company "copying the concept" (nb. it is not all that original a concept to start with; the Foundation doesn't have any patents because there's nothing patentable about it) and promoting their products by comparision. The board does not look anything like a pi and obviously isn't intended as a counterfeit.

12
Why are certain resistors not populated on the device?
16
Is there a good comparison chart for Raspberry Pi and similar enthusiast project boards?
18
Editing Serial Number
0
New Raspberry Pi SPI Interface Question
4
What is the function and purpose of the GPIO connector on the official display?
0
Running Ableton Live on Raspberry Pi
0
Waveshare AD/DA Expansion Board