I've setup an encrypted root partition with Ubuntu 15.04 MATE (the latest image). I've fought with it for quite a while now, but I'm now certain that the initramfs has everything it needs in order to boot the device.

I originally used the same process I'm using to setup Kali's Raspberry Pi 2 image, which worked fine. At boot, it prompts for a LUKS password, I enter it, and the disk is decrypted and boot continues as planned. I cannot use Kali because I require software later than Debian Wheezy, hence I'm using Ubuntu 15.04 MATE.

On this Ubuntu 15.04 MATE installation, however, the keyboard does really wacky things, and I don't think that my keyboard input is being delivered to /lib/cryptsetup/askpass, the utility which requests the password. On boot, it prompts me for my password as expected, but I'm convinced that none of my keystrokes are being delivered to standard input of the process.

When I hit the arrow keys, I get a strange terminal-esque splash screen saying "Ubuntu MATE" with four dots underneath it toggling between white and green. You know, the standard minimal splash screen. I'm suspecting that something is grabbing my keyboard input and preventing it from getting to the input. Is this splash screen grabbing keyboard input?

Is there a way that I can disable the splash screen in the boot command line? Is there special options I need to enable my keyboard?

Here are my configuration files:

This was copied over from Kali's Raspberry Pi with LUKS documentation.

Do note that everything else is in fact working here. The key script is combined with the key file and I get prompted for the password, but cannot enter it.

I've validated that my initramfs contains all of my dependencies like /sbin/cryptsetup and friends. I've also copied my /boot/initrd.img-$(uname -r) over to initrd7.img in the plaintext boot drive. (basically, I know that it's using the right initramfs and that the initramfs has what it needs in order to decrypt the disk)

I'm sure that I have the right USB modules compiled into my initramfs, as if I plug and remove the keyboard, I see that it recognizes it as a USB HID device. When I remove the keyboard, I do see an error message saying error opening USB device 'descriptors' file. Again, to confirm: the keyboard works but only in wonky ways. Pressing arrow keys, insert/delete, home/end, page up/down, does a weird thing where it toggles between this strange boot screen and back to the shell prompt.

Here's an example. The first screen is what I see when I boot, everything looking good: 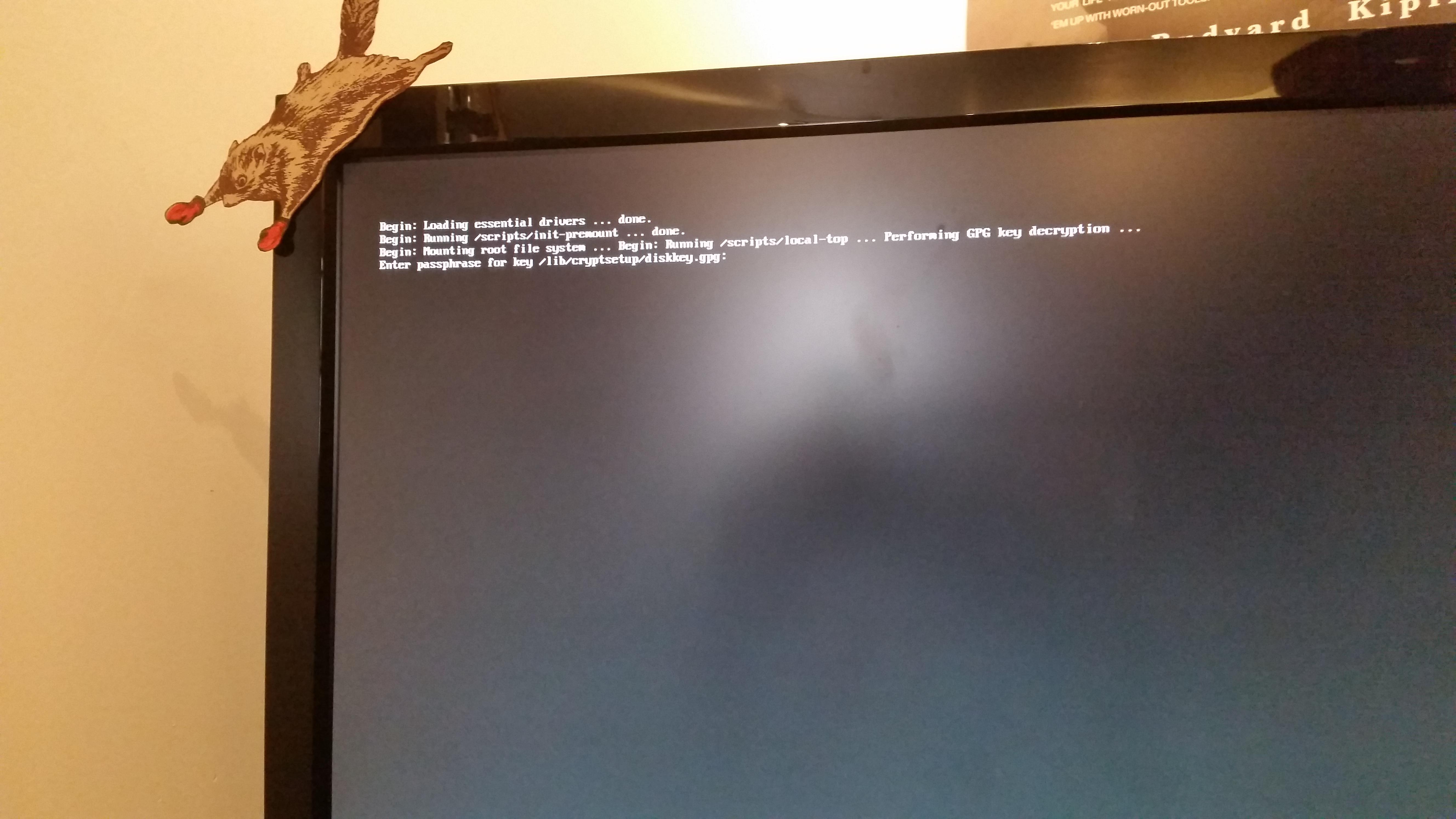 Next screen occurs when I hit a right or left arrow or up or down. Page up/down, delete, insert all accomplish the same thing: 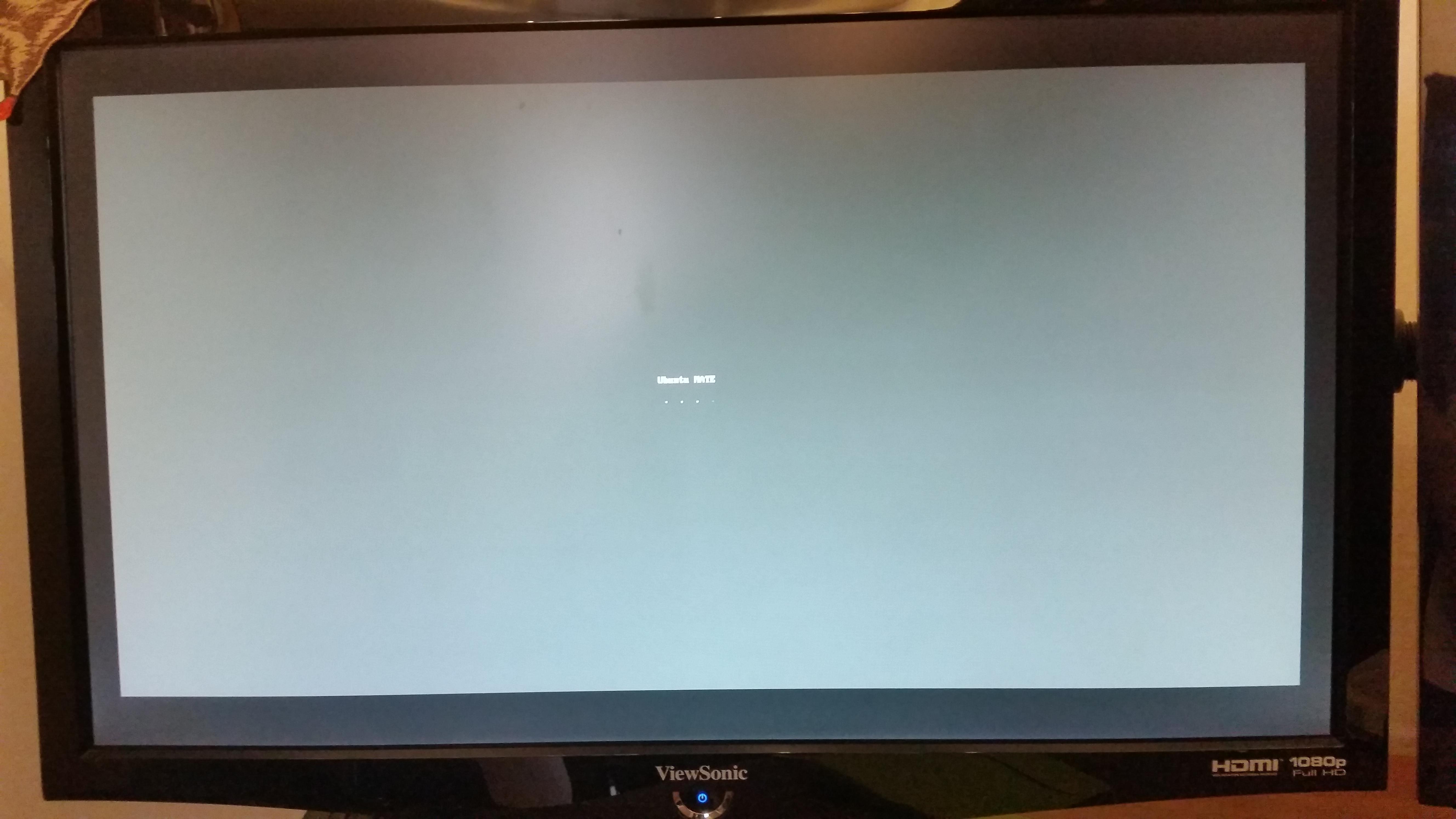 Final screen occurs when I press another key to go "back" to the other screen: 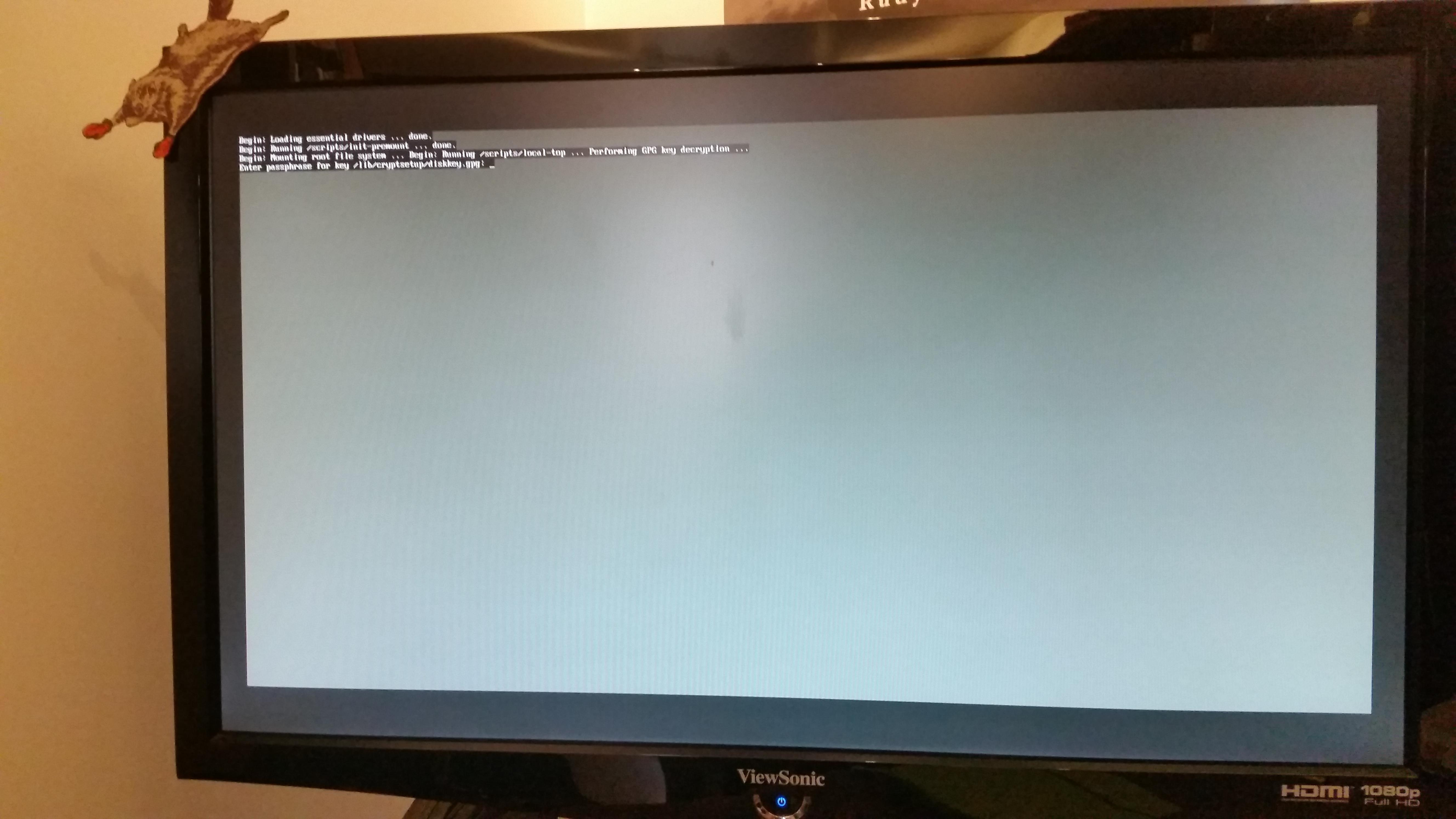 Hopefully you can see how weird this is. How can I debug what's not allowing my keyboard input through?

Browse other questions tagged boot linux boot-issues ubuntu or ask your own question.