I have installed raspbian on PI 2, and it always got lots of errors after rebooting. Sometimes I have to unplug the SD card and do fsck on my laptop (the second/ext4 partition), otherwise the PI 2 will end up with endless filesystem errors.

I have tried to re-flash the SD card, but same result. The SD card is a new one (16G class 10 of PNY). Is this because of the SD card? Thank you.

The power supply is 5V 1.2A, and I think it's enough for a keyboard and wifi adapter.

Here are some samples of the errors. 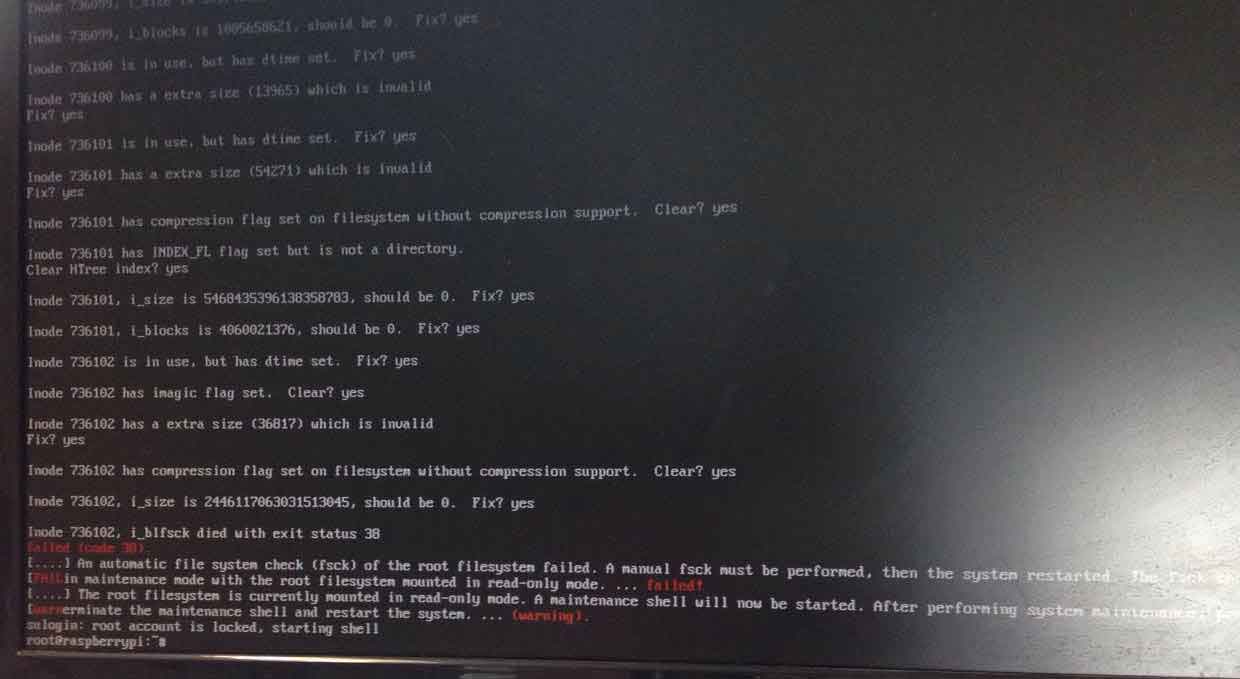 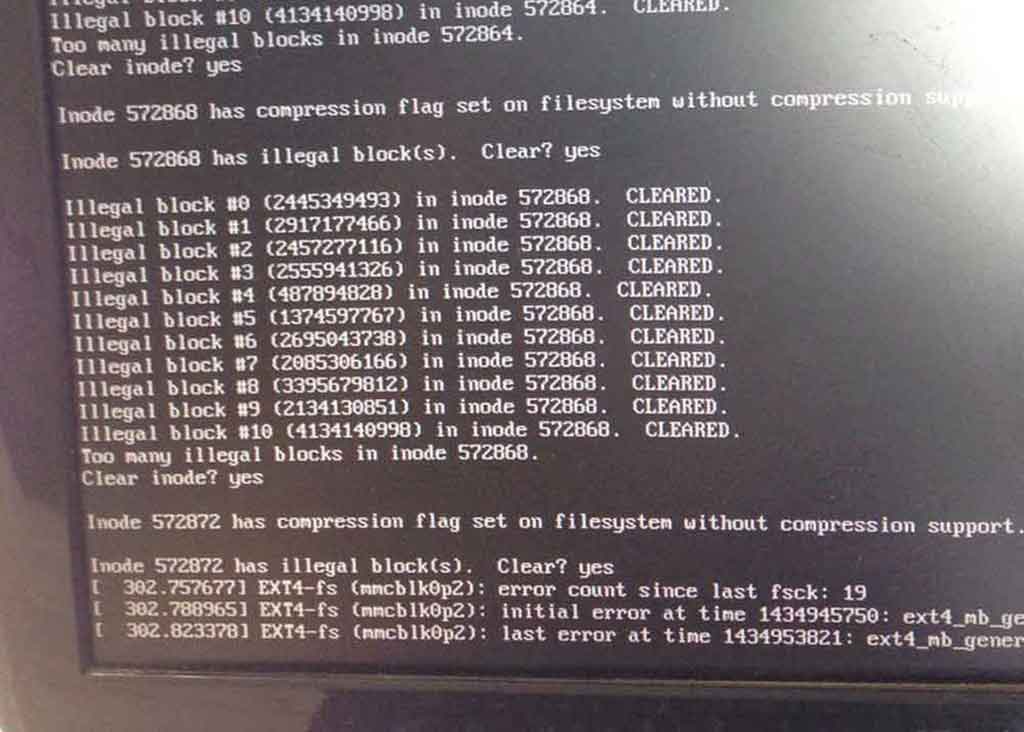 You could look into this, but I doubt any Pi 2 kernels were built that way. uname -a will tell you for sure.

Killing the power abruptly can cause filesystem corruption but it is actually very unlikely. It is more likely if the system is very busy at the time (which seeming "locked up" could actually mean "too busy to respond properly), but if this keeps happening over and over, there is something else going on.

If you are pulling the plug because it has locked up, you should look at /var/log/syslog afterward to see if anything interesting is indicated there as to why it did this.

There are millions of pis and unfortunately, they were not all made perfectly. This is perhaps inevitable, or perhaps a result of insufficient testing and quality control, but either way occasionally someone is going to get a lemon. There could be a problem with the SD card reader. But first you have to rule out a few things:

If you are consistently having this problem after that, you should contact the distributor you bought this from and explain the problem and that you have tried multiple SD cards and power supplies. I do not think they will argue, but if they refuse to take it back, please let us know in a comment here who they are.

Not the answer you're looking for? Browse other questions tagged raspbian filesystem pi-2 or ask your own question.

0
Raspberry Pi B possible sd card issue?
12
Should GPIO pins 13 and 14 be soldered together?
6
Permanent Fix “error in check_disks” on reboot

1
pwr light is red
8
How to shrink root / partition and add a new one
2
Raspbian Jessie boot issue after dd image install from Arch partition
3
Frequent filesystem corruption (compute module, Raspbian)
2
Trying to ssh to RPi 3 model B - Connection refused
0
NOOBS Crashes “Creating Filesystem(FAT)”
1
Connecting a Pi to a laptop. How does it supply the address?
1
Plugging in a things crashes this Pi
0
Avoiding wearing out SD card - better to have two partitions on an external solid state drive (Raspian + storage)?