This is more for curiosity than anything.

By following the steps in this awesome guide. I managed to get remote connection working with the Pi and my MBP so that I could SSH into my Pi using the MBP's ethernet port, and live Pi-monitor free.

This is with DHCP on my MBP's Ethernet (via Thunderbolt).

As expected, the DHCP assigns a new IP address to my MBP every time the Pi boots up (169.254.X.Y, changing X and Y every time) - one example is below: 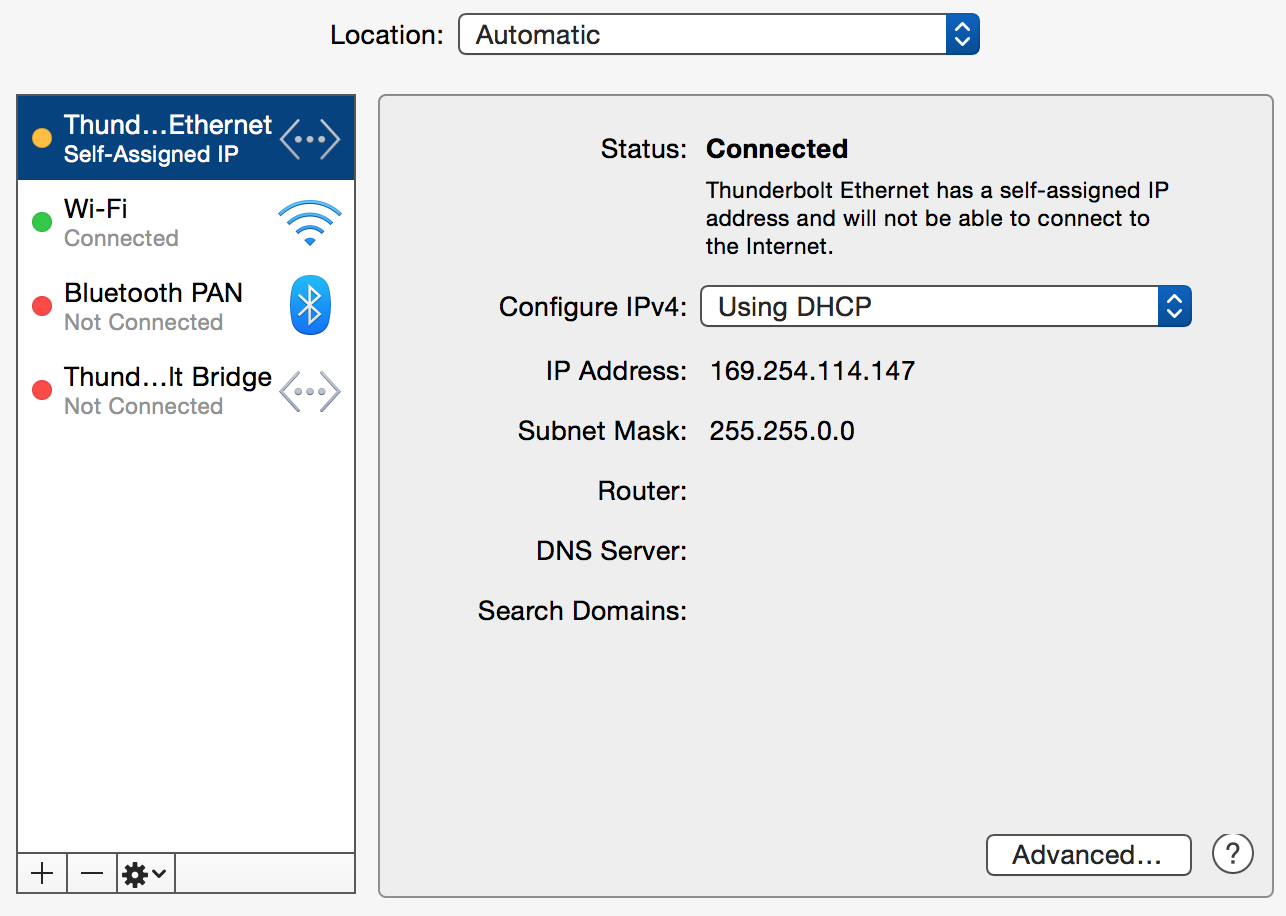 But the Pi somehow retains the same address every time. I don't have a static IP as far as I can see:

Not that I'm complaining about having the convenience of a static IP address to keep SSH / iTerm2 settings consistent. But it bugs me that the MBP address assignment works as I expect, but the Pi works in mysterious ways ;)

I'm dubious as to whether you actually have dhcp configured and running properly based on the information you've provided, but since your actual question was regarding the assignment of the link-local 169.254.0.0/16 address, I suggest you read through RFC 3927 Section 1.5 which describes how the address can be selected using the interface MAC address of the interface as a seed for a pseudo-random generator to select an address in the appropriate range. It describes how these can be re-used as you describe:

Hosts that are equipped with persistent storage MAY, for each interface, record the IPv4 address they have selected. On booting, hosts with a previously recorded address SHOULD use that address as their first candidate when probing.

As to how the RPi is doing this or why in your specific case, I can't say. So long as it doesn't identify a conflict, it does look like it's storing the address for future use as described in the RFC.

If you have something like avahi-autoipd installed, that could be the origin of the address on your particular RPi.

For the answer just check the Raspberry Pi Remote Connections – Without A Network guide again. Just under the topic Making a network connection work it says:

Other computers will often give themselves a default address (in the address range 169.254.0.0 – 169.254.255.255) but the Raspberry Pi doesn’t do this (yet). Besides even if the Raspberry Pi did, we would still need to know what address it had picked to be able to connect to it!

As said by the others, IP addresses in the range 169.254.0.0/16 are link local only. It is undefined what will be the behaviour of a system if you try to use it by setting those as static IP addresses. Most likely it discard it, and try to configure a link-local connection, so it is reassigning a new IP from this range and its algorithm always make it peak the same one.

Or if you want DHCP, then either on the Mac or on the RPi you need to install a DHCP server. If you fail to do so, they probably both fallback to link-local IPs.

These link-local IPs are usually set-up by zeroconf/avahi/bonjour or possible being implemented by your favourite network manager (using the same kind of protocol).

The IP addres comes from the dhcp daemon, so simply disable it if You do not use DHCP

And it is gone

Not the answer you're looking for? Browse other questions tagged ssh remote static-ip or ask your own question.