Real Time Clock Module Will it fry my pi?

I bought this RTC module on ebay for pennies. I initially bought it for the arduino but now I would like to use it with the pi. However, I know that in some cases you need logic level converters to keep from frying the I2C pins.

The simplest thing to do is power it from 3V3. Even if you powered from 5V it would be okay as long as the device contains no pull-up resistors for the I2C bus.

Tu use the device connect it to 3V3, ground, SDA, and SCL and make the following entry in /boot/config.txt

I really have no idea how that RTC clock operates, but I can give you some info that might help you...

The I2C bus is designed in such a way that the I2C master (the RPi in this case), is what drives the voltage (brings it high, which would be 3V3 for the RPi). I2C slaves (the RTC clock here) "send" data by bringing the data line low (GND). So frying the Pi would not be a concern unless the I2C slave tries to draw some ungodly amount of current (which the Pi would be happy to deliver, at the expense of smoking itself in the process). This is because the RTC would never actually supply that deadly 5V that is sure to hurt your pi.

To sum it up, your RPi is delivering the voltage to the RTC, not the other way around.
As long as you power the RTC from the Pi's 3V3 rail, and the RTC doesn't do anything crazy with changing voltages, you should be safe.

Based on looking at the schematics in the Ebay listing and a perusal of the images of the board itself, you should be able to power this from the 3.3V rail on the Pi without incident. Both devices list 3.3V operation or have operating voltage ranges that include 3.3V. 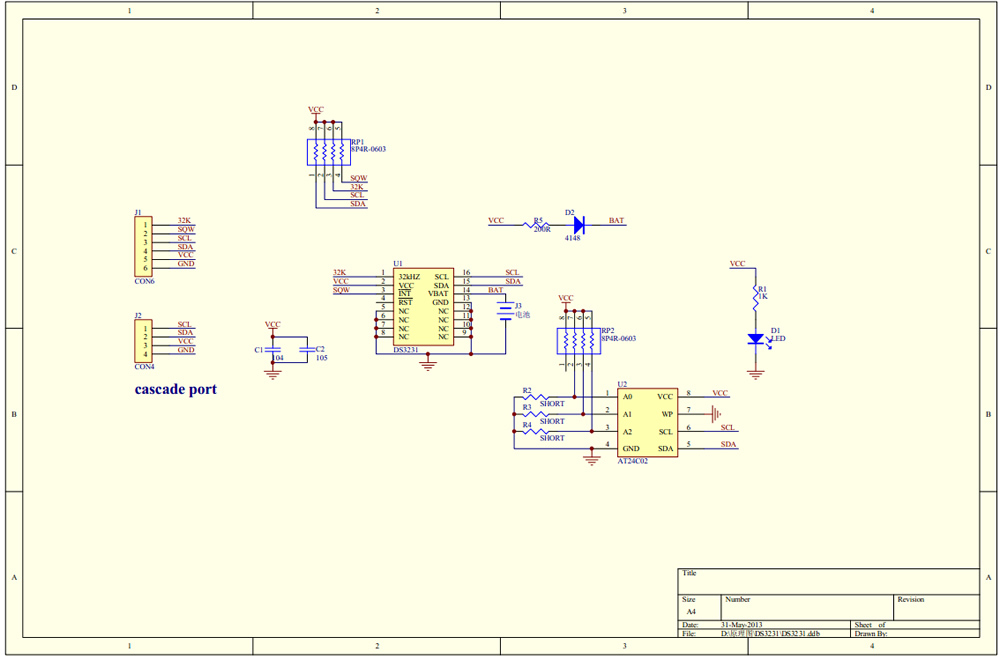 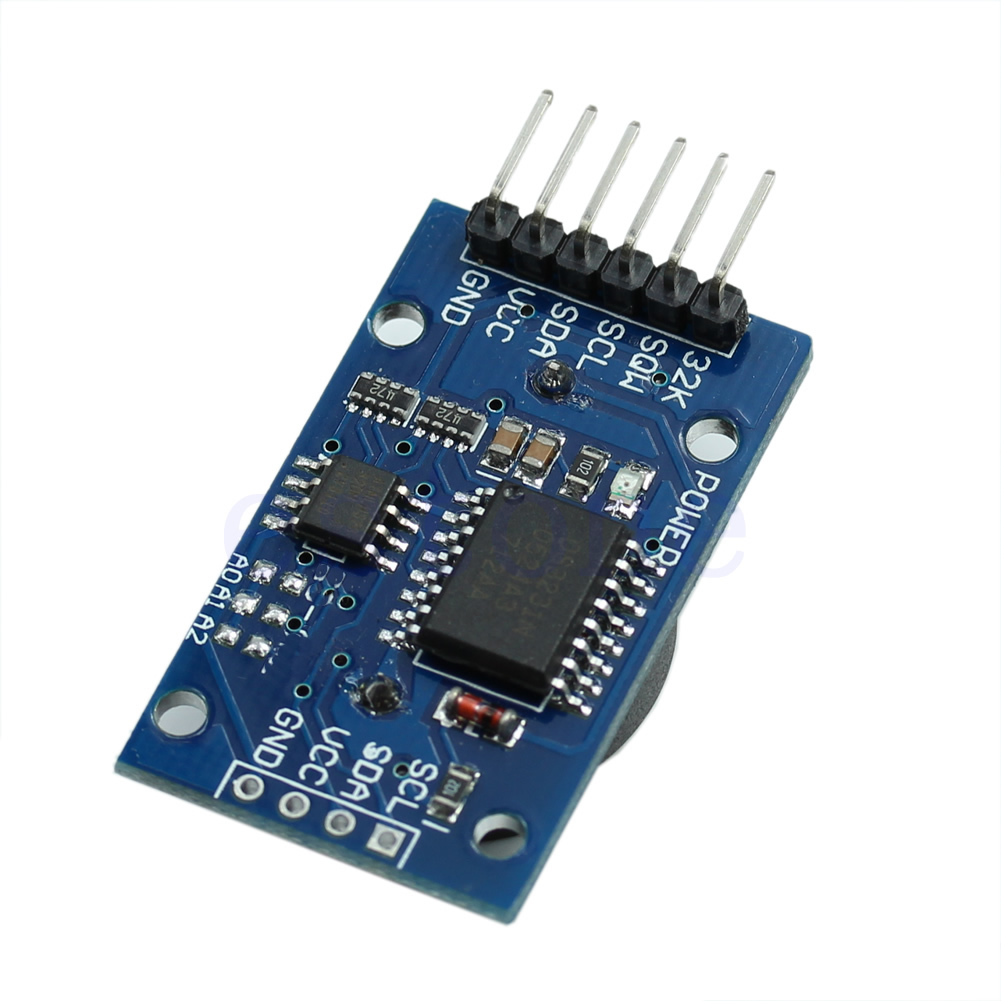 Datasheet for the DS3231: http://datasheets.maximintegrated.com/en/ds/DS3231.pdf

Some caveats, in general:

Not the answer you're looking for? Browse other questions tagged hardware safety rtc or ask your own question.