I would like to increase UART speed. So, I followed this page. http://www.thedevilonholiday.co.uk/raspberry-pi-increase-uart-speed/

Further, on this page https://github.com/raspberrypi/linux/issues/105, popcornmix commented on Sep 7, 2012 that kernel has to be rebuilt for higher UART clock.

Could somebody please explain if higher UART clock is not easily attainable in PI 2?

I added the following line to /boot/config.txt and rebooted.

The measured transmission time varied between 640 to 680 µs.

I used my piscope to capture the start and end of the waveform. It won't capture any detail at those rates (default 5 µs sampling) but the overall edges are found reliably enough. 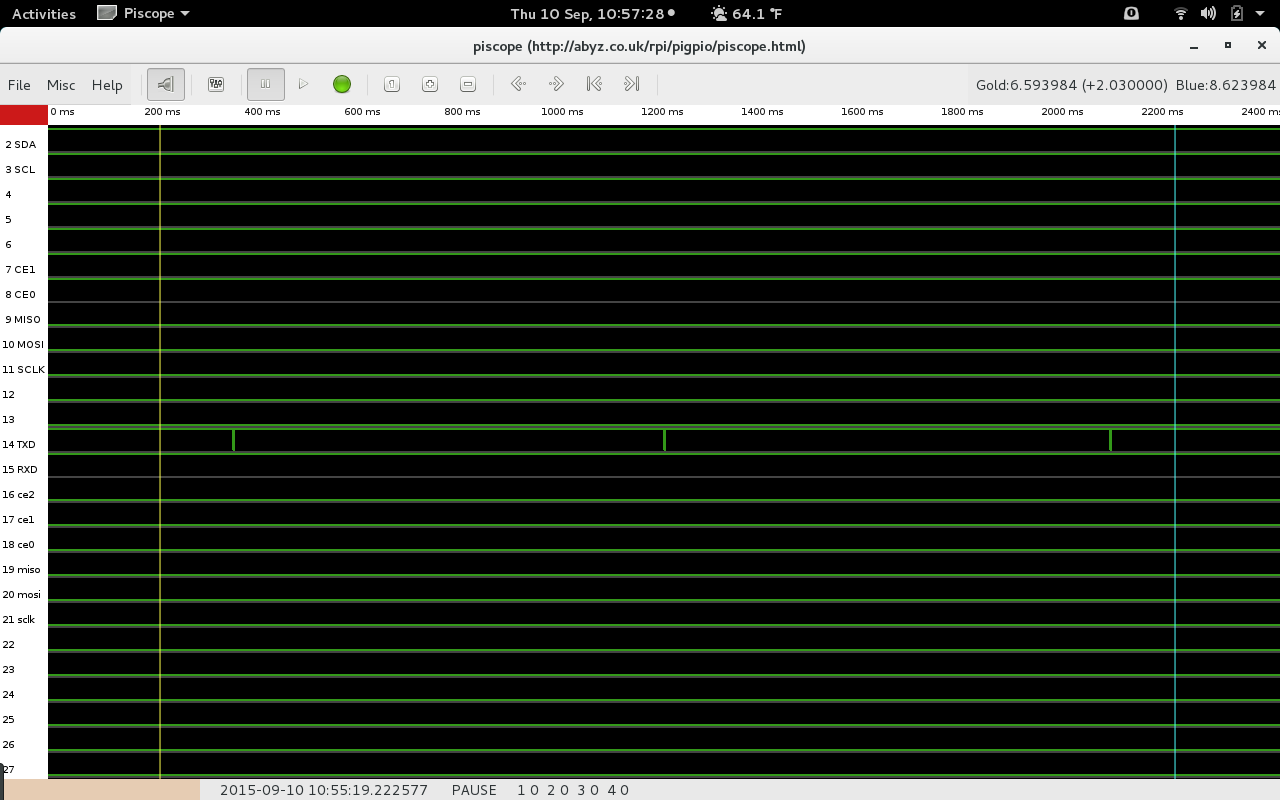 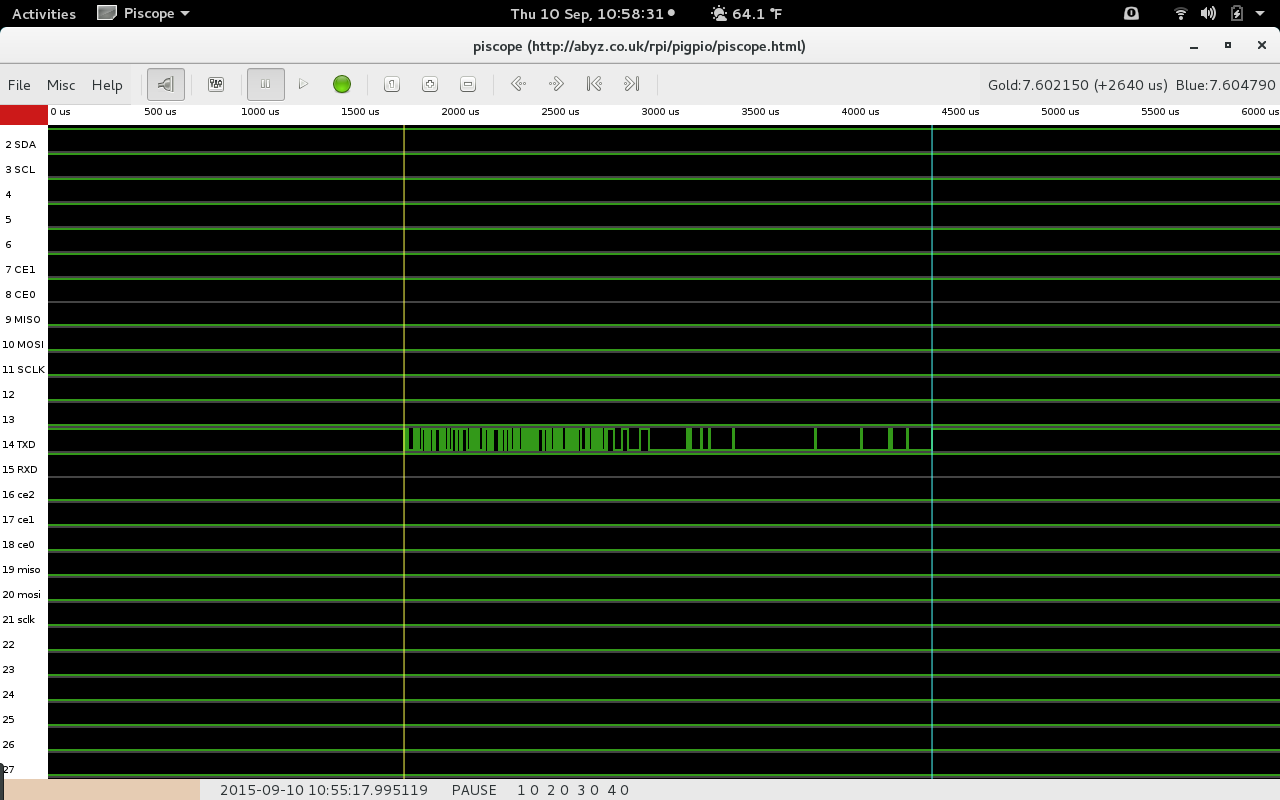 Detail of one burst showing a time between gold and blue cursors of 2640 µs (rather than the predicted 2500 µs).

Did you enable the uart in the boot config file?

Step2: at these lines at the end of the file

if it does not give an error, you are good to goo. Hope anyone find this helpful.

Not the answer you're looking for? Browse other questions tagged serial uart or ask your own question.